Can We Do This?

Can we have serious debate while maintaining respect and civility?

Can we base our arguments on facts and let the facts speak for themselves?

Can we refrain from condemning those with differing ideas and accusing their supporters of being unpatriotic?

Can we responsibly embrace Freedom of Speech so that ideas may flourish without being shut down by intimidation?

Often we, as Iranians, we tell ourselves that we are unable to have a constructive and rational discussion because of our past and present history, marred as it is with the lack of democracy and Freedom of Speech. I do not agree with this claim, nor do I agree with many other negative stereotypes we use to describe ourselves.

I have seen many constructive blogs and insightful debates on this website, even when the writers have been in complete disagreement. The content, use of language and approach of a blog set the tone and naturally determine the nature of the responses that it generates. Blogs that are supported with facts, whether the topic is about a person, a political view or a religious belief system, are more likely to produce responses that rely on reason rather than on emotions. 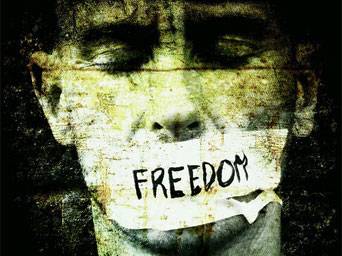 I have also seen blogs & comments that include incendiary arguments fueled by unsubstantiated accusations and personal attacks. Unfortunately, such attacks poison the well, intimidate and often dissuade those who do not share the same mindset from participating. Such blogs become a closed-door conclave, instead of an open-door forum that nurtures engaging discussions and the exchange of ideas.

We are privileged to enjoy this fundamental right and a forum to exercise this freedom. Let’s put them to a rational use to benefit those who are not as privileged as we are by voicing the injustices to which they are subjected, engaging in a constructive dialogue and keeping authentic representations of our cultural heritage alive. This is the minimum that we owe our fellow Iranians in Iran.

Let’s use this forum as a platform to bring critical issues to the forefront. These issues include women’s conditions, systematic rapes, unexplained executions, rampant prostitution, widespread corruption, violence, human rights abuses, poverty, addiction, lack of the most fundamental freedoms, inequalities and deliberate efforts to annihilate cultural heritage, among others.

At a time when negative information on Iran abounds, I encourage you to use this forum to promote the richness of our culture and engage in thought-provoking debates. Let’s take advantage of this & other social media forums to more consciously highlight our vast cultural heritage and its invaluable contributions to the world.