The Art Of Persian Miniatures

Persian culture is one of the greatest cultures that has ever existed. When the word Persian is mentioned many things pop into a person’s mind; the Persian Gulf, Persian oil, Persian cats and of course Persian carpets, those beautifully-colored and detailed masterpieces. This can also be said about to the art of Persian miniatures which are eye catching, inspiring and filled with love.

A miniature is a richly detailed painting, it could be on a paper, a carpet or carved on wood; they feature complex scenes that occupy the viewer for hours.

What makes this art so special is the brilliance in color, delicacy, harmony and the endless details that can only be reached with a very fine hand and tiny brushes. Depending on the period, the paintings usually reflect the activities common in that particular period, such as hunting, affairs, religion and mythology.

Miniature painting became a significant Persian art form in the 13th century during the Mongol conquests, Mongolrulers brought Chinese art into Iran and that was the period of artistic awakening.

Miniature art reached its peak in the 15th and 16th century when the abundance of Persian literature was created by writers, philosophers and poets.

When one looks at an older miniature, one can easily notice the Chinese influences. 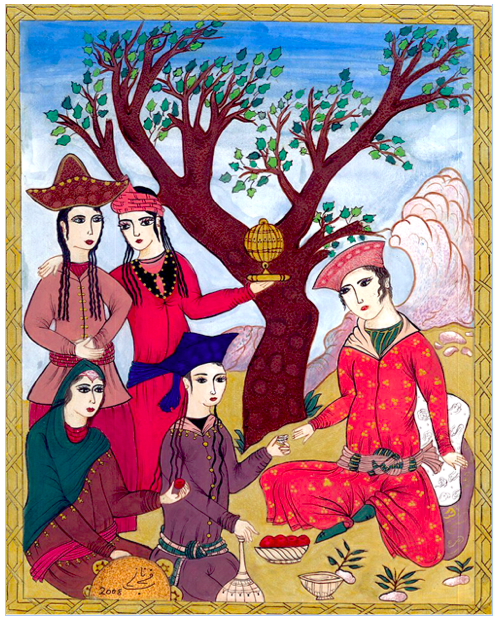 After that, miniatures became a way of bringing life to poetry, mythological and religious events and fables. Visualizing certain characters makes it easier for human beings to remember a story or a poem. By doing this, miniatures provided more clarity and understanding to poems.

Artists get inspired by many sources such as biblical and Qur’anic stories, in addition to the poetry books of famed poets such as Rumi, Omar Khayyam, Nezami and Hafez Shirazi, but the most significant source of themed miniature art is Ferdowsi, the most important Persian poet and the preserver of Persian literature whose masterpiece is the Book of Kings (Shahmaneh).

Only the wealthiest people could afford those painting, as most of the time real gold and silver colors were used.

The inspiring literature gave rise to three important schools, each with unique styles and different influences and traditions. The schools are Shiraz, Tabriz and Herat, each adding their personal touch to the art form.

In the 17th century love scenes and portraits started making their way into miniatures until a new genre of flowers and birds appeared in the 18th century. 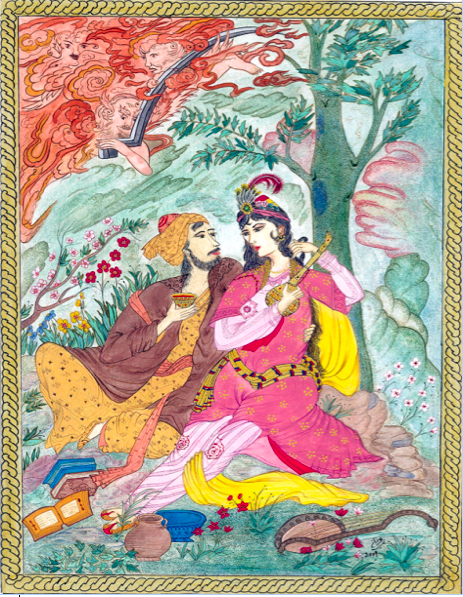 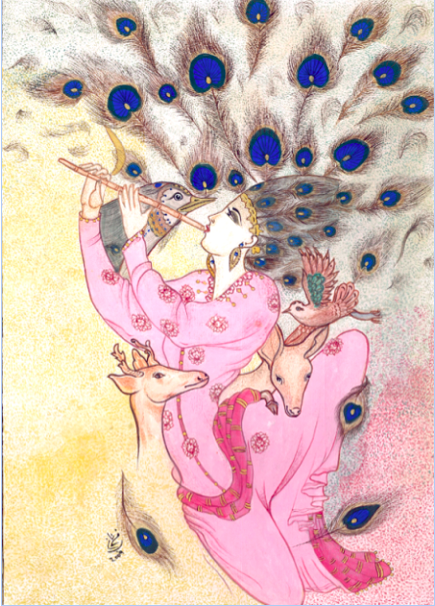 One of the most prominent figures in the development of Persian miniatures is KamaleddunBehzad, the founder of the Safavid school of Iran. He is considered the best painter of his time.

Some 500 years ago Behzad showed a great talent that made him one of the greatest painters of Persia.  He received encouragement from people and royal patrons. Behzad had a unique style that many artists tried to imitate. His efforts and talent facilitated the development of Persian paintings in a way that no other artist had done. 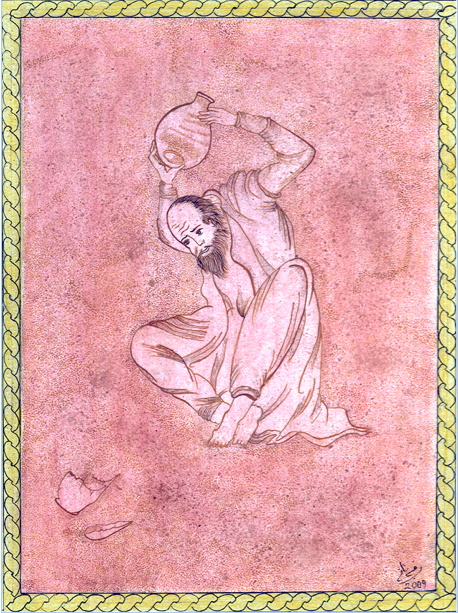 Persian miniature collections can be found in many museums, and are worth visiting to see examples of this distinctive art. The masterpieces of the great artist Mahmoud Farshchian can be found in The Museum of Master Mahmoud Farshchian inaugurated in 2001 and which has been set up by the Cultural Heritage Foundation in the Saidabad Cultural Complex in Tehran. Master Farshchian has played a decisive role in introducing this Iranian art to the world. He has been invited to speak and exhibit his work in many countries. He always used special colors to feature the effects in his paintings.