Silent thief
The thief that came and stole my “maman tehrani”
A thief that came so slowly, so silently that no one heard him And when everyone turned
It was too late.
The thief was too far
So far that we couldn’t see him anymore. 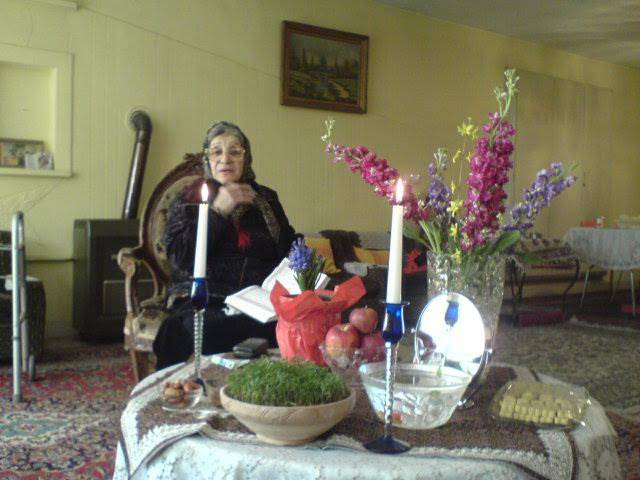 My parents and my grandmother were next door neighbors. I called my Grandmother: “Maman Tehrani” since she lived in Tehran and at one point in life, going to Tehran meant going to her house.

She had Diabetes Type II. Although it was genetics, her pouring jam into anything even plain yogurt could have played a role in it.

7 years ago when I went home, she took about 200 steps to come see me and my little baby girl in my parent’s house. When she was leaving, she looked at me and said:” Naneh (A term of endearment in Farsi), this is too much walking for me. While you are visiting, you should come over to my house and see me again.”

I was shocked. A woman who has been living in a triplex house with xillion steps for years finds walking 200 steps so difficult?

Asking around, everyone attributed this to her Diabetes and that muscles get weakened as glucose receptors are not working correctly.

Last year, I went back to see her, to let her see my kids and hold them in her arms for the first time. Alas, she was taken to hospital within hours after I had arrived.

I knew that she has not been walking much. She had a hard time standing on her feet and moving around. Plus she was rightfully afraid of falling and breaking a bone. Something that I hear is very common and painful in people of older age.

Seeing how she had deteriorated over time was shocking to me. After I turned 40, I realized aging is  real. I danced and celebrated turning 40 but soon I realized it is not just a number; the body really changes. What I did not know was how much of change is unavoidable due to aging and how much is deconditioning that can be reversed.

Maman Tehrani closed her eyes forever 3 days after hospitalization and never saw my kids. A scar that I don’t think will ever be healed for me. However hard I try to justify that she is seeing my kids from the above. The hospital told us that she got stomach bleeding overnight and there was not enough blood going to her heart. The heart gave up.

That reasoning never made sense to me. Specially considering I knew that she was given blood as the first step in the hospital .

Yet, it made me learn about a few things. One of them was Osteoporosis and Osteopenia.