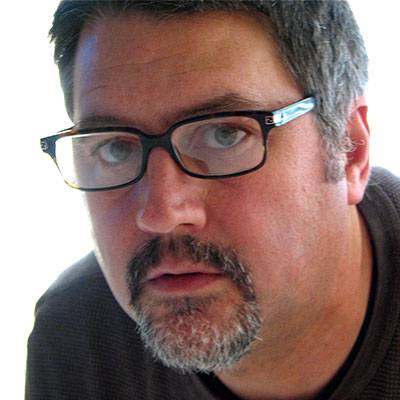 Calm Down, It’s Not A Real Election.

Before we all get too excited by yet another Iranian election, it is important to remember how Iran’s election process works, and why it cannot by any stretch of the imagination be called one. But rather, since the choices have been pre-approved by people who consider themselves to be shepherds, and the people sheep, it is most certainly a (S)election.
Here’s how you become the President of Iran. Which I must admit, still sounds pretty cool to say it. But it isn’t actually.
To become President, you must pass a series of loyalty, piety, and deity tests.
This year’s 137 Women needed not apply, but they let them do it anyway because it is always so cute watching them try and fail. The 1,636 Iranians who submitted their names for consideration this time, all have the same serious looks on their faces. The look of them thinking they might actually have a chance. It is simply darling to watch 1,636 Iranians with actual, if misplaced, hope.
To submit your name, you must fill out a necessary form, and submit it to your local Mollah. Who will evaluate your loyalty to Islam, him personally, his franchised Mosque, and his pocketbook, based on your attendance, and of course, your donation. In Dollars please.
And yes! You must be a Moslem to become President of Iran.
Once you pass your local Mollah’s mustard, you move on to the second round. Your name and application along with everyone else who made it past their Mollahs’ scrutiny, is given to the Guardian Council. Their job is to first toss out the women, and then weed out any business related or personal enemies, along with anyone whose face they don’t like.
This is done to make it look like an honest to God vetting process. But it is just a show put on to waste time, to give the Supreme Leader enough time to make his own backroom deals, with either of the two candidates he has been planning to stage all along. Once this process has been completed, and the Supreme Leader has his deals, and has designed his Gladiators that he thinks will put up the best fight, and entertain the Coliseum the most, he gives the nod to the Guardian Council, and they magically announce the list of finalist candidates.
Now the games begin, and each candidate starts to pretend to fight the other. It almost looks real. Podiums are soft-banged so as to not dislodge all of the attached microphones, Stadiums are filled with Rallies. Flags, Team Colors, T-shirts, Flyers, Posters, Banners, and DJ cards fly off the shelves. It almost looks real.
Debates are put on TV, and points and counterpoints are made by pundits, as each punch and blow and kick, and bite, and upper-cut are tallied for the audience to eat up. It almost looks real.
On Election day, the Supreme Leader is seen on TV, floating across a simple room, with a big simple smile on his simple face, hovers briefly over a simple box to take a simple camera flash flashing photo, and then like a very dainty girl, drops his pre-announced choice, into the ballot box, flashes his inked finger, smiles more broadly (yet somehow still simply), waves, and with camera flashes flashing, heads back to his evil lair.
Now. As an Iranian voter, it is your turn to return the favor.
If you are smart and dumb, you’ll look at the waiter like Billy Crystal’s mom, and say, “I’ll have what she’s having…” and pick whoever the Supreme Leader chose.

If you are dumb and dumber, you’ll actually think the underdog can win, and pick the loser.

Once the choices have been put into the boxes, the Ministry of Interior, who conducts the selections, pretends to gather up all the boxes. It almost looks real. And before it is possible to have counted them, magically announces the Supreme Leader’s choice as the winner.
Oh, and if you just realized that the Interior Ministry is the same Ministry that also happens to run Iran’s Secret Police, you are right. So, Yeah. That’s awesome too.
Only in an Iranian election are both candidates, and the voters, losers. The candidates are not as big losers, as the Iranian people. Who do not get to vote for anyone they want. Whose votes are not counted. And who have no fair uncorrupted choices, but the ones given to them, by their self appointed shepherd.
After the election is over, the President of Iran goes right back to being a powerless Pinocchio. With huge personal wealth. A wealthy puppet, on strings, that are lovingly or punishingly pulled by the Supreme Puppet-master.
But just like Pinocchio, all Iranian Presidents dream of becoming a real live boy one day. Only there is no Blue Fairy. Just crickets. And just like the story, just like “Pleasure Island”, Politics in Iran is most certainly a Cursed Amusement Park.

And when the boys have had enough time being bad, they will always turn into donkeys.