When you speak to Kaveh Hashemi, founder of Shen, you better be willing to bring it. Or, you need to know your Rock history forwards and backwards. And whatever you do, do not- I repeat do not even mildly suggest that there are some merits to 6/8. Don’t even say Sheesh—.

No surprise that Hashemi and I get along just fine.

Based in of all places, Montreal, Canada, Hashemi was influenced by the usual Rock and Pop standards; Beatles, Led Zeppelin, Pink Floyd, Genesis, (Pre-Disco) Bee Gees, with of course Classical and Iranian Pop. His own song structure however, most closely mirrors a somewhat forgotten Supertramp. Hashemi has spent the past 20 odd years (very odd, if you ask him!) trying to define and carve out a wholly new Iranian Rock narrative. Barely, and mildly deserving of even the smallest place for us, in the ongoing construction (erection?) of Rock history.

Iranian Rock. It still sounds really weird to me! But somehow, it also sounds really right too. Because even though we desperately need it, we Iranians just aren’t very good at the whole “rebel against society” thing. We’re far too polite. And formal. Even if we know someone, we usually prefer to speak to them in what I’ll call, Mehmooni-Shakespearean Farsi. A whole lotta Ma, Shomaa, va Eeeshan’s, going on. Not much in the way of Man, Toh, Oon and too much Balleh, not enough Areh.

Certainly we have not expressed much needed growth pain in public. In plain view of the always watchful eye of what’s left of our society. Teen angst in an Iranian household is limited to “Maman! Behet goftam Bademjoon doost nadaram!”. There is absolutely never any discussion of identity and god forbid, sexuality. And any emotional pain is immediately buried, usually by unending variations on the madness known as 6/8. What I like to call “shit-tunes”, whose singular primary message are the very worst variations of, “Man Toro Digeh Doost Nadaram”, followed by seeping sap, expressed by electronic instruments that no one is playing. The worst horrible garbage. The Iranian 6/8 love song.

When you need to scream into or at the world, (and that is most of the time!) Shen screams for you. When you need to be left alone to cry-therapy, (and we certainly have a lot to process!), Shen hands you a tissue. When you need to express your pent up sexual frustrations and uncharacteristically deep desires (and we are most certainly pent up!), Shen also hands you another tissue. So to speak.

In other words, Shen allows you to take your life and more healthily realize it through really good music. And even better lyrics. In one of my top 10 best favorite songs of all time, “Shaansi Chand Taa Kish” a lament in the form of our two favorite games, the only places we do heroic battle anymore, Chess and the Takht-e-Nard (Backgammon). Perfect Iranian warcraft is set against our seemingly permanent oppression now, and the line that shoot-to-kills me each and every time I hear it is, “Sarbaaz-e-Saadeh, Jelo Ghal-e-Voysadeh, Ghodrat Dast-e-Kesi Digast”. (“Simple soldier standing [guard] in front of the Castle. Power [always] resides in someone else’s hands”), which you had damn well better know describes us all exactly. To a tee (tea?).

BB: What is the Music scene like in Montreal? How do Iranian bands in Canada differ from those in the US?

KH: Live music is doing really well here. Especially in the smaller venues the scene is really healthy. As you’d expect though there aren’t many Iranian bands here. More in Toronto, but one of the advantages of being in Quebec I guess, is that we get exposed to some shit that maybe the bands in the US don’t.

BB: Why did you decide to become a musician and start your own band?

BB: When did you leave Iran?

KH: It’s kind of a painful period in my life, so I don’t really like to talk about that. You can hear a lot or some of it in my songs.

BB: I know, that’s kind of why I’m trying to piece it together, but I understand. Shen means “Sand” which can’t be easily held and slips easily through your hands, so I can sort of get the metaphor. But how did you come up with name SHEN come from?

KH: It’s a variation of Musician, or MOO-ZEE-SHEN.

BB: Cute. Who else is in the band?

KH: Being a kind of perfectionist it’s been mostly a solitary pursuit until recently. It is hard to find good talent that I can play with. But I’m very happy with the guys we have now, our current lineup which Babak Namvar (violin & piano) JY Andre (drums), and Kian Farshadi (bass). I’m looking for a good female vocalist though, know of any?

BB: None that would pack up and move to Montreal, but I’ll make sure to keep an eye out for you. How many albums have you made?

KH: I haven’t stopped making them yet! I have close to 50 unpublished songs at various levels of completion now, so the well is full, as they say.

BB: Nevermind, I looked it up, you’ve got 6 albums including a Greatest Hits. How would you categorize your style of music?

KH: I’d say it’s classic rock with a modern twist. But not rock in its current Iranian definition which begins at hard-rock and pretty much ends with death or speed metal, that is, the other distinguishing feature of our repertoire is the sheer variety of vibes you hear. Granted, joyful is not necessarily one of them. But other than that, to borrow from hollywood, I liken my music to a box of chocolates, you never know what you’re gonna get!

BB: Cute. What is your opinion as to the state of Iranian popular music? What kind of place are we at, in our evolution right now?

KH: I think that the Iranian scene is very much mirroring the West (English). Although it isn’t exhibiting any of the ingenuity of the really good examples. That is to say, mostly we’re producing sampled music dominated by beats, and superficial materialistic lyrics. That’s why I make my own music. The kind of music I can listen to. 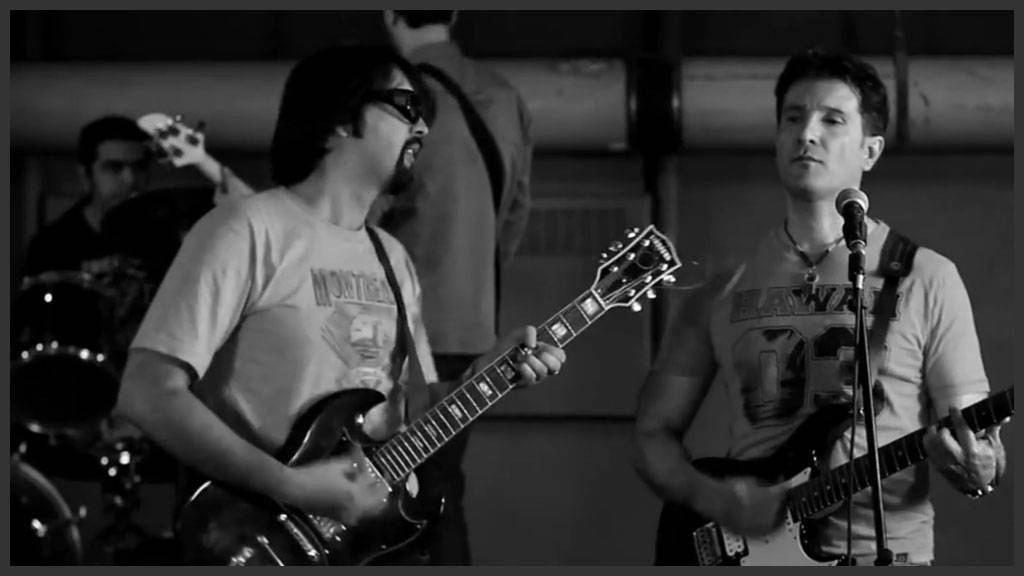 Like many Iranian artists and musicians who were greatly insulted by the recent efforts by the Trump administration to impose stricter bans on people coming to the US from Iran. Hashemi chose to express his outrage through his art. He wrote “Recluse (not a terrorist)” a song he wrote in English.

Here are the lyrics:

Who’s there at my Doorstep? Please just go away,
Who’s come seeking knowledge? What’s there to say,
I’m not some kind of monster, not a scheming impostor,
You can look up all my ancestors, I’m not a slave to any master,
Stop this insanity
Show your humanity
Here in the dark, I sit and I weep,
Can’t stay awake, can’t go to sleep,
I don’t wish to be a martyr, I don’t care if I don’t matter,
Investigate no further, “Love is all I need” my brother,
Stop this insanity
Show your humanity
How you’ve falsified my image, filled the air with hate and rage,
Baffled betrayed and damaged, I’m trapped in this mental cage,
I don’t feel inferior, I don’t feel superior,
Why modify my behavior, no need to assign me a savior,
Maybe I’m an idealist? Perhaps not a realist?
I may be a closet activist, but I ain’t no… TERRORIST!
Terrorist…(ain’t no)
Terrorist…(ain’t no)
Terrorist…(ain’t no)
Terror
Error

PrevPreviousThe Rise And Rise Of Iran: How Tehran Has Become Pivotal To The Future Of The Middle East
NextWhy Religion Is Not Going Away And Science Will Not Destroy ItNext