Ali Nassir has been a different, unique kind of painter on the Iranian art scene. Often viewed as the odd one out of the usual crowd of Iranian artists, Nassir strictly believes in the pure essence of painting without beating around the bush. He is a painter who is faithful to using classic old school materials in his practice; canvas, oil, pigments and paper. There is no need for his creation to use trendy new media such as video or digital tools…at least, not yet.

After his recent show at the O gallery in Tehran, which ran from January 26th to February 18th, I decided to have a proper chat with him to find out more about his remarkably colourful paintings which represent aliens in nowhere.

Nassir was born in in 1951 in Tehran. In 1974 he moved to Europe and eventually settled in Berlin where he studied painting at the Art University of Berlin between 1978 and 1983. In 1985 he moved to France to study in an exchange students program at École des Beaux Arts in Besançon, France and stayed there for two years.

From 1991 to 2014 he taught at various art universities in Berlin and Tehran. He eventually decided to become a full time artist, focusing solely on his craft and painting out of his Berlin studio. Nassir works with galleries in the Middle East, Europe and United States.

When meeting with him I wondered where do these fascinating individual and unusual creatures come from? From where does he get such inspiration and how does he so effectively adapt himself to western education and culture?

Upon the start of our interview, Nassir first and foremost established that he calls himself a painter. He does not believe in considering nationality while creating a piece of art. His inspiration largely comes from his Western art studies and life in Berlin for the last 40 years. During his time as a student in Berlin, he studied and explored the works of Henry Matisse, Beckman, Goya and Persian miniatures. They all had a big influence in his practice, but not necessarily in direct and obvious ways.

Nassir also said that he harnesses inspiration from some artists and cultures by just feeling a scene, and not necessarily the subject matter. In fact, there are no specific story lines in his paintings. The creatures he paints are records of some hidden moments in life; a mystic path through unrevealed scenes. In most of his paintings, human figures do exist, albeit sometimes in a more abstract form and unclear way. His art builds upon to the strict repetitive style of German art and philosophy and is unconsciously influenced by his Iranian heritage and culture.

Nassir’s work seeks to find a pure essence, tapping into the beauty of life in the midst of anxiousness and an uncertain future in our 21st century contemporary world. 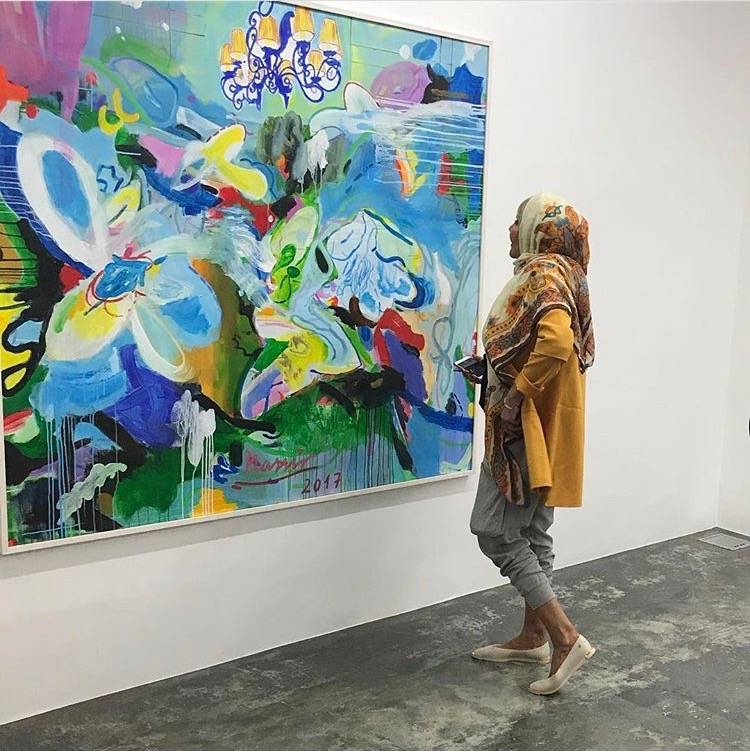 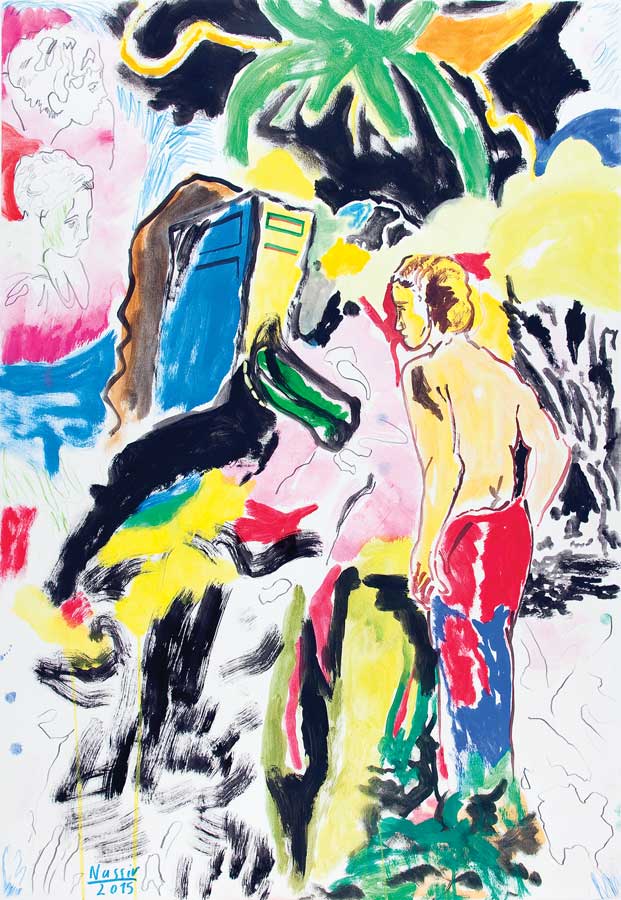 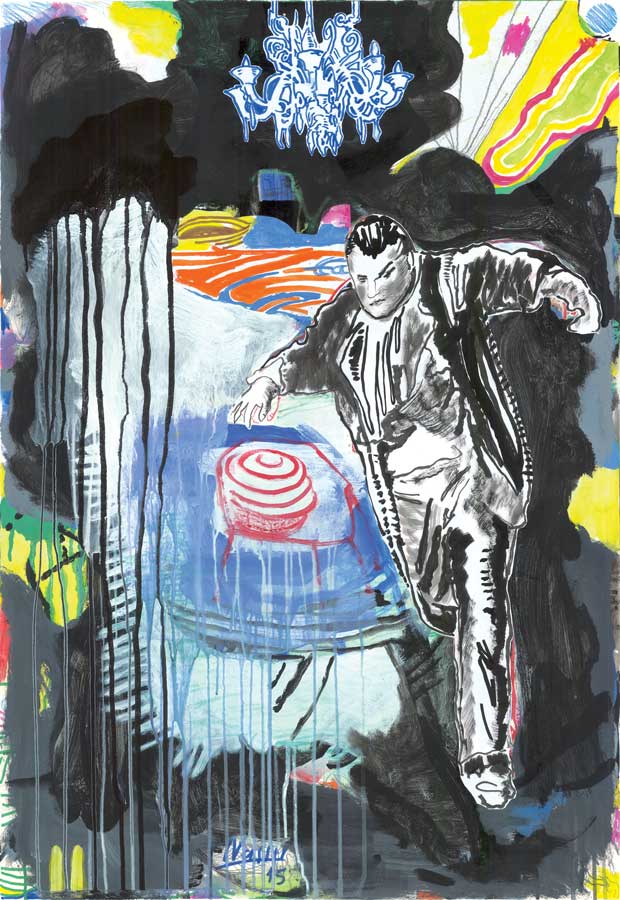 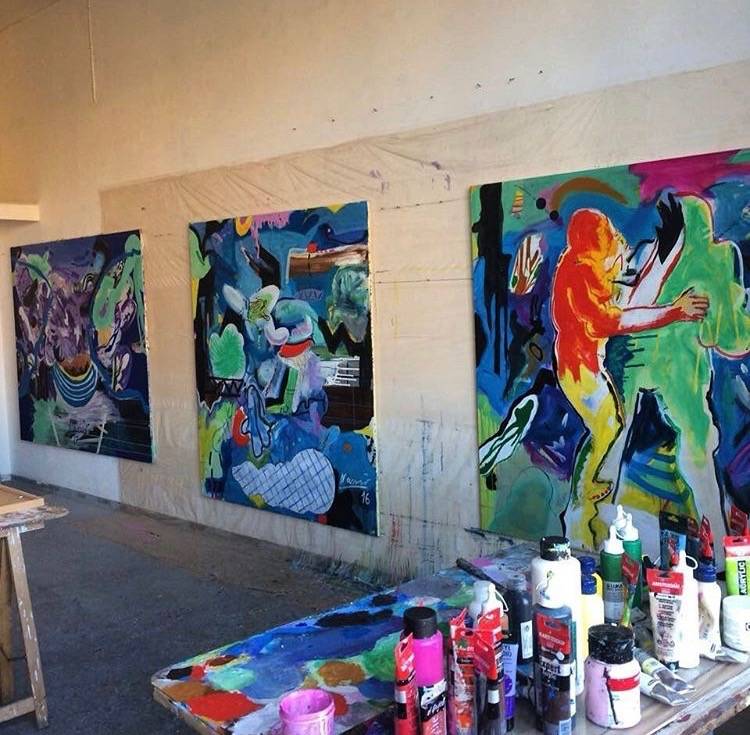 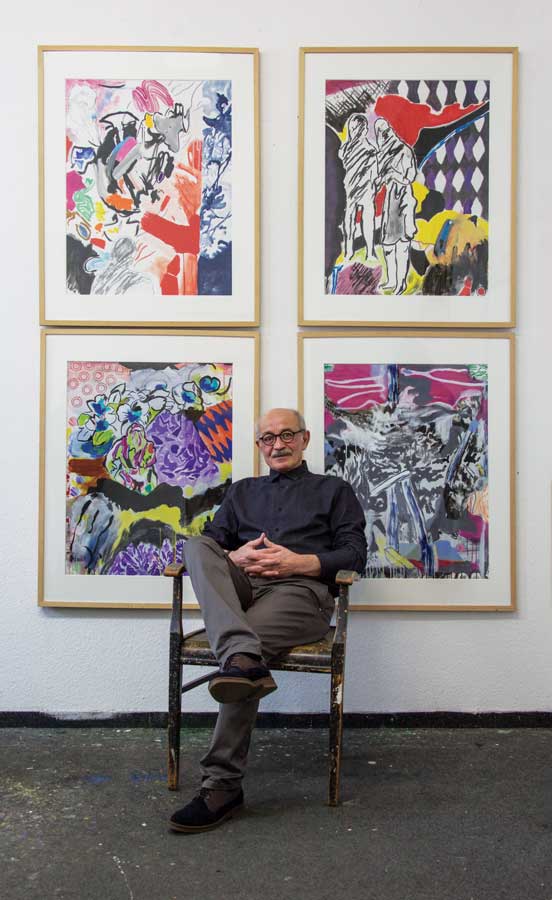 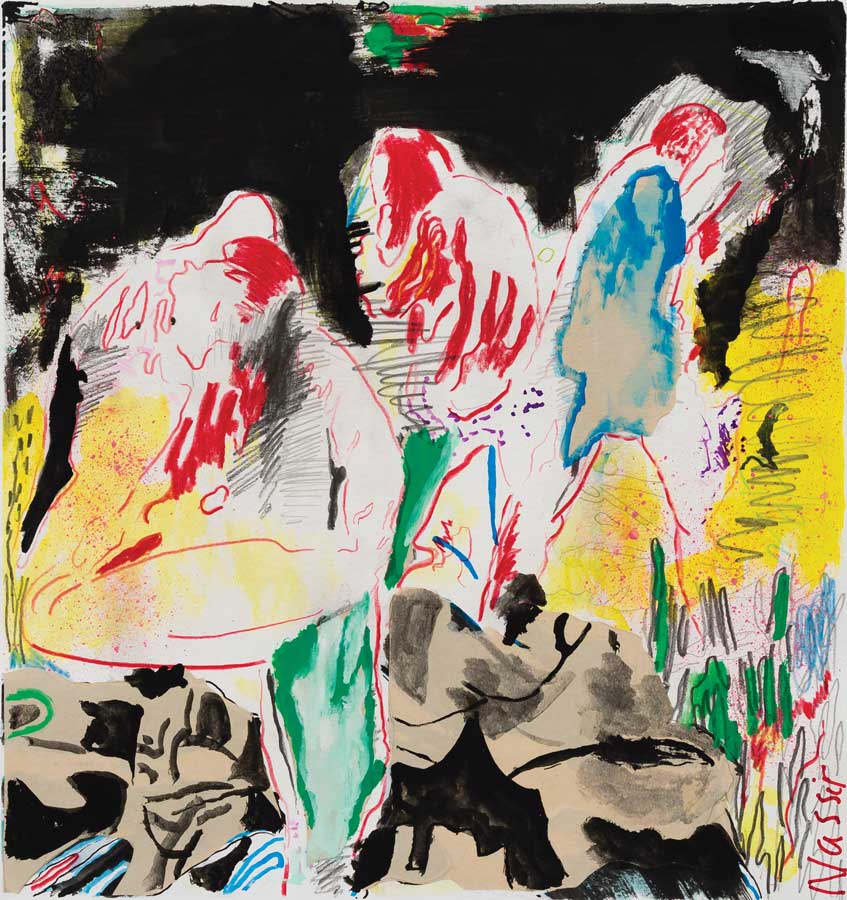