European nations expressed concern on Sunday after Secretary of State Mike Pompeo announced that the US is set to start reimposing sanctions on Iran lifted under the P5+1 nuclear deal. Pompeo says the sanctions will be “rigorously enforced.”

The US withdrew from the P5+1 deal earlier this year, but all other parties remain, and intend to keep up their respective commitments. European nations are concerned the US attempts to undermine the deal with new sanctions will fuel instability across the region.

The European Union has already committed to try to save the nuclear deal, and has passed legislation aiming to protect European companies who don’t comply with US sanctions. A lot of companies are still backing away, however, apparently unsure how well the EU will follow through on this.

The US is facing resistance from other signatories of the deal too, however. China has already ruled out complying with US demands that they stop buying Iranian oil. China buys about 35% of Iran’s exported oil, and likely will continue to do so.

With US sanctions against Iran officially going back into place on August 6, the Iranian government is scrambling to take some last minute measures to shore up their economy, and particularly their currency, before the sanctions start to hit. 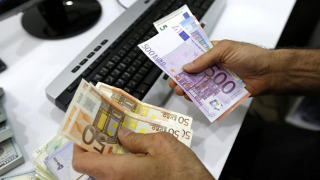 Trying to protect the rial is a high priority, with a former central bank deputy governor and a number of foreign exchange dealers arrested amid the rial plummeting to all-time lows. On Monday, a rash of strict new measures are to be imposed on foreign currency access to try to limit any further falls.

Iran wants to make sure that what foreign currency does flow overseas is strictly allocated to a handful of important industries. The fall of prices for the rial has been heavy related to the surge in the price of gold, as economic uncertainty has many Iranians running to precious metals, and gold imports surged in recent weeks.

US sanctions aim to limit, if not totally eliminate, Iran’s access to foreign markets. That also has Iran trying to make some last-minute purchases while they know they still can. Five new planes were purchased from ATR for the state airline. It’s far short of the new fleet of airliners Iran initially sought, but the best they can do with the US blocking Boeing and Airbus from fulfilling contracts.

Since the August 6 date has been known for months, it’s likely much of the market reaction to the sanctions is already factored in to Iran’s currency pricing. China’s refusal to comply with US sanctions, likewise, is a sign that Iran won’t be totally cutoff from world markets. Still, it will take awhile before the full extent of the US attempt, and its effectiveness, is known.