Hours before renewed sanctions on Iran are set to snap back tonight at 12:01 a.m. US Eastern time, Iranian President Hassan Rouhani has announced his country is “open to negotiations” while also calling on the European Union to urgently step up with practical action to save the 2015 nuclear deal.

His words, however, were generally couched in terms of a rebuke against “untrustworthy” Washington, saying Monday in an interview carried on state television: “Negotiations with sanctions doesn’t make sense. They are imposing sanctions on Iranian children, patients and the nation.”

Rouhani referred to items like medicines and other basic living necessities, while the first round of sanctions are also set to target primarily automobiles, currency, and gold.

Basic civilian safety related supplies will be impacted too as export or re-export commercial airplanes as well as services and parts will be banned. The second round of renewed sanctions are set to take effect on November 5, for which the US has pressured EU countries to cease receiving oil exports by this date.

Rouhani said Iran had “always welcomed negotiations” but that Washington would have to take clear steps to prove they can restore trust after reneging on the 2015 JCPOA.

“If you’re an enemy and you stab the other person with a knife and then you say you want negotiations, then the first thing you have to do is remove the knife.”

“How do they show they are trustworthy? By returning to the JCPOA.”

And in an apparent reference to recent protests that initially arose in early summer primarily over a collapsing economy, he lashed out: “They want to launch psychological warfare against the Iranian nation and create divisions among the people,” Rouhani said.

Rouhani’s words, which could be taken as an ultimatum, are likely to leave the White House unmoved, which has ratcheted up the pressure in hopes that Iran will initiate renegotiations on Washington’s terms.

In early August Trump’s National Security Advisor John Bolton said in a Fox News interview, “They could take up the president’s offer to negotiate with them, to give up their ballistic missile and nuclear weapons programs fully and really verifiably not under the onerous terms of the Iran nuclear deal, which really are not satisfactory.”

“If Iran were really serious they’d come to the table. We’ll find out whether they are or not,” Bolton said.

Video and infographic added by The Iranian 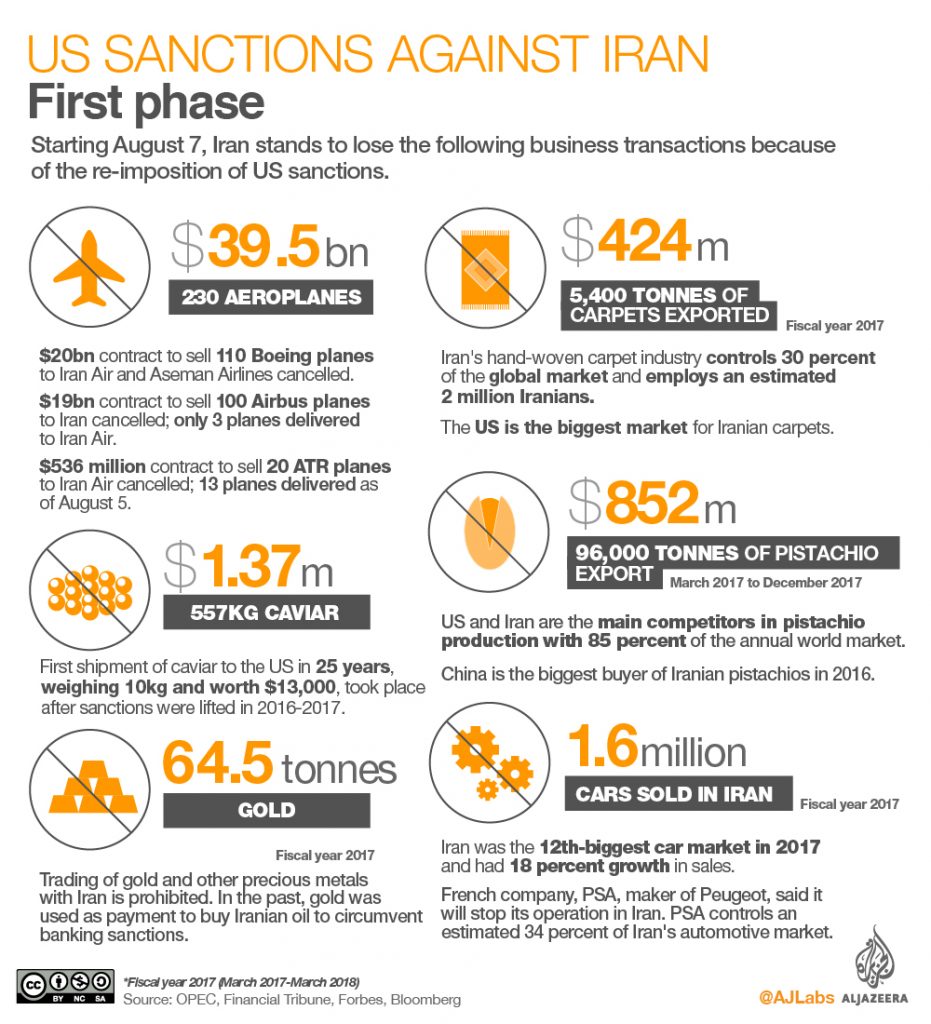 PrevPreviousSaudi Arabia Bullies Canada With Economic Threats For Criticizing Its Horrible Human Rights Record
Next“If The EU Sticks To Its Guns, The Only Victim Of Washington’s Sanctions Will Be Americans”Next