The Minister of Culture and Islamic Guidance has said that the average Iranian spends 13 minutes a day reading.

“That is not counting the time people spend for reading newspapers, magazines and online materials,” Seyyed Abbas Salehi noted on Saturday when he appeared during a TV program on Channel 1 to give an annual report on his organization.

“They also spend about 20 minutes a day reading press media and materials published online on social networks,” he said.

“A country like Iran with such a rich culture and long [history of] civilization doesn’t deserve this,” he lamented.

He said that the culture ministry has launched about 8,000 reading clubs with 500,000 members, and also helped public libraries to expand their children’s books sections to promote reading.

Salehi said that about 99,000 titles have been published for the first and second times over the past year and added that this amount falls short of the country’s target.

Earlier in April 2008, Ali-Akbar Ash’ari, a former director the National Library and Archives of Iran, lamented the lack of proper reading facilities and a shortage of the latest publications in Iran’s libraries, and said that the average Iranian spends two minutes a day reading.

He was criticized for making the remarks by numerous cultural officials, including the then culture minister, Mohammad Hosseini, who said that Iran’s per capita book reading was 76 minutes a day.

The stats below are based on 2016 numbers for selected countries 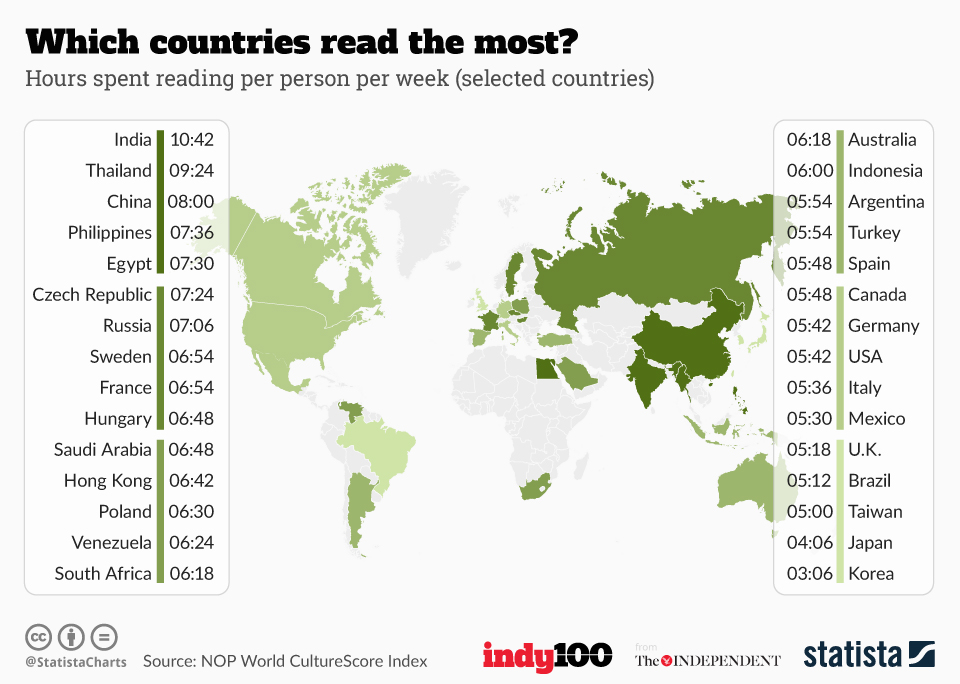