Sign up for our daily newsletter to get the top news and analysis delivered to your inbox.
History, Politics,

Every time a public figure uses the term ‘American exceptionalism’, ordinary Americans turn to my website. It’s number one for a quick answer to the question: ‘What is American exceptionalism?’ My latest benefactor was Hillary Clinton, who used the term in a speech on 31 August. My website hits spiked. Until about 2010, few Americans had heard the term. Since then, its use has expanded exponentially. It is strange that such an inelegant term should be adopted by two major political parties when so many people had not a clue what it meant. Of course, one doesn’t have to use the term to believe in the underlying concept. But the phrase has a history that helps us to understand the current hyperbolic use.

American exceptionalism is not the same as saying the United States is ‘different’ from other countries. It doesn’t just mean that the US is ‘unique’. Countries, like people, are all different and unique, even if many share some underlying characteristics. Exceptionalism requires something far more: a belief that the US follows a path of history different from the laws or norms that govern other countries. That’s the essence of American exceptionalism: the US is not just a bigger and more powerful country – but an exception. It is the bearer of freedom and liberty, and morally superior to something called ‘Europe’. Never mind the differences within Europe, or the fact that ‘the world’ is bigger than the US and Europe. The ‘Europe’ versus ‘America’ dichotomy is the crucible in which American exceptionalist thinking formed.

Some presume that the Frenchman Alexis de Tocqueville invented the term in the 1830s, but only once did de Tocqueville actually call American society ‘exceptional’. He argued that Americans lacked culture and science, but could rely on the Anglo-Saxons in Britain to supply the higher forms of civilisation. This is not what Americans mean by ‘exceptionalism’ today.

American exceptionalism is an ideology. The ‘ism’ is the giveaway. De Tocqueville examined US institutions and moral behaviours as structural tendencies of democratic societies. He did not see US democracy as an ideology. To him, the US was the harbinger of a future that involved the possible democratisation of Europe, not an unrepeatable outlier of civilisation. He studied the US as a model of democratic society, whose workings needed to be understood, because the idea was spreading.

Some think that Werner Sombart, the German socialist of the early 1900s, invented the term, but he did not. Sombart claimed only that US capitalism, and its abundance, made the country temporarily unfavourable terrain for the development of socialism. It was actually Joseph Stalin, or his minions, who, in 1929, gave the idea its name. It is surely one of the ironies of modern history that both major US political parties now compete to endorse a Stalinist term.

Roosevelt and Stalin share a moment at Yalta. Getty Images

Orthodox communists used the term to condemn the heretical views of the American communist Jay Lovestone. In the late 1920s, Lovestone argued that the capitalist economy of the US did not promote the revolutionary moment for which all communists waited. The Communist Party expelled Lovestone, but his followers and ex-Trotskyites in the US embraced the exceptionalist epithet and, eventually, the idea that the US would permanently avoid the socialist stage of development.

After the Nazi-Soviet Pact of 1939, as well as later during the Cold War, many of these US Marxists jettisoned their old political allegiances but retained the mindset that the economic success of the US buried class struggle in their nation – permanently. As the leader of the free world, the chief victor in the Second World War over ‘totalitarian’ Germany, and by far the world’s most prosperous economy, the US seemed in all these ways an exceptional nation. Seymour Martin Lipset, the eminent Stanford political sociologist, made a career investigating the many factors that led to this American exceptionalism. Until his death in 2006, Lipset continued to hold that the US was not subject to the historical norms of all other nations.

No one did more than Ronald Reagan to amplify and popularise the US as exceptional. Refusing to accept the doldrums of the Jimmy Carter presidency or the transgressions of Richard Nixon as the best that Americans could do, Reagan promoted the image of the US as a shining ‘city upon a hill’. This reference is to a 1630 sermon by John Winthrop, the Governor of Massachusetts Bay Colony. Winthrop was calling on the new Pilgrim settlers heading for Massachusetts to stick to the narrow path of Puritanism.

Reagan and his followers wrongly attributed American exceptionalism to this Puritan injunction, and added ‘shining’ to the original, which gave the phrase a distinctly different connotation. Nor was Winthrop referring to any nation, but rather a discrete community of English Protestant believers. Notably, Winthrop’s sermon had been neglected for centuries. It was resurrected only in the 1940s by a few Harvard academics who were engaged in an intellectual rehabilitation of Puritan thought. In a 1961 speech, John F Kennedy, who had been a Harvard student and was influenced by that university’s Americanists, used the ‘city upon a hill’ phrase. The idea of the US as a ‘city upon a hill’, however, really gained purchase in political rhetoric in the 1970s and ’80s, as Reagan sought to reinvent the country.

Without question, Reagan saw the US as an exceptional nation. The language of exceptionalism, however, derived from Marxism, not God. The idea of a morally superior and unique civilisation destined to guide the world did not come under the banner of an orthodox ‘ism’ until very recently, until the 21st century. In the wake of 9/11, the speeches of George W Bush and his supporters asserted the radical distinctiveness of the US with a new belligerence. We have all heard it: it is ‘our freedoms’ that Islamic terrorists hated; they wished to kill Americans because they envied this exceptional inheritance.

The global financial crisis of 2007-10 added to the geopolitical turmoil that followed 9/11. Though the US economy expanded in the 1990s and early 2000s, economic inequality that began to grow in the Reagan era also became worse. In the post-1945 age, when academics first posed American exceptionalism as a coherent doctrine, the idea also became linked to global US military and political hegemony. In the past two generations, since the Reagan era, Americans have not prospered to the same extent, and American exceptionalism has been increasingly linked only to military hegemony.

Decline is, in fact, the midwife to the ideology of American exceptionalism. The less exceptional that circumstances in the US appear, the louder defenders of exceptionalism insist on orthodoxy. When the nation was indisputably powerful and its people prosperous, Americans did not collectively require an ‘ism’ to serve as a guiding light. In these more polarised times, when the fates of Americans become based more on their class and less on their shared nationality, the ideological orthodoxy of American exceptionalism has emerged on a political level. A previously obscure academic term became a rallying cry for a political agenda.

When Hillary Clinton joins the exceptionalist bandwagon, it reflects a political consensus that Donald Trump denies. In wanting to make America great again, Trump implicitly accepts that it is not currently ‘great’, and never was exceptional. No longer is the Republican Party the chief cheerleader of American exceptionalism. But the Democrats have picked up the mantle, and the language of exceptionalism continues to rally a party and a country.

This article was originally published at Aeon and has been republished under Creative Commons.

Rouhani: Trump-Biden Debate Reveals Depth of Troubles in US

Iran Eyes Enhanced Trade Ties with EU in Defiance of US S...

Reza Pahlavi calls on Iranians to carry out a civil disob...

"Let’s pray to God for respect and civility in their place
Since those who lack them lose out on His Grace,
It’s not as though it’s just themselves they harm,
They set the world on fire, disrupt the calm."

As pertinent today as 800 years ago

Okay, for those of you wondering - did Joe Biden really drop an “inshallah” with the appropriate sarcastic usage?

Since ancient times, Azerbaijan was used to refer ONLY to Iranian Azerbaijan (Atropatene). What is now the Republic of Azerbaijan was called Arran (Albania) and Shirvan. The very name Azerbaijan means “protector of fire,” an ode to their Zoroastrian heritage.

Might that have to do with the financial and other support they receive from the UAE? https://twitter.com/ishaantharoor/status/1309114970311983104

It has been *very* interesting to see DC thinktankdom line up behind the "Abraham Accords" after so much resistance to other aspects of Trump's Middle East policy where the UAE is *not* involved https://www.atlanticcouncil.org/content-series/inflection-points/uae-bahrain-deals-with-israel-offer-the-mideast-a-historic-chance-for-positive-change-if-the-region-will-build-upon-it/ 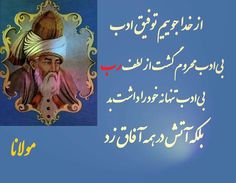 "Let’s pray to God for respect and civility in their place
Since those who lack them lose out on His Grace,
It’s not as though it’s just themselves they harm,
They set the world on fire, disrupt the calm."

As pertinent today as 800 years ago

Okay, for those of you wondering - did Joe Biden really drop an “inshallah” with the appropriate sarcastic usage?

Since ancient times, Azerbaijan was used to refer ONLY to Iranian Azerbaijan (Atropatene). What is now the Republic of Azerbaijan was called Arran (Albania) and Shirvan. The very name Azerbaijan means “protector of fire,” an ode to their Zoroastrian heritage.

Might that have to do with the financial and other support they receive from the UAE? https://twitter.com/ishaantharoor/status/1309114970311983104

It has been *very* interesting to see DC thinktankdom line up behind the "Abraham Accords" after so much resistance to other aspects of Trump's Middle East policy where the UAE is *not* involved https://www.atlanticcouncil.org/content-series/inflection-points/uae-bahrain-deals-with-israel-offer-the-mideast-a-historic-chance-for-positive-change-if-the-region-will-build-upon-it/