The anonymity of Iranian dogs is not unrelated to the great animosity toward them over a prolonged period in history, mainly due to the coming of Islam to Iran. Islam was never an indigenous religion and with it brought a lot of cultural baggage belonging to the Arabs and their culture. Iranians loved dogs. This is something the invaders realised, Mary Boyce the English Zoroastrian scholar wrote, “Another means of distressing Zoroastrians was to torment dogs. Primitive Islam knew nothing of the now pervasive Muslim hostility to the dog as an unclean animal, and this, it seems, was deliberately fostered …because of the remarkable Zoroastrian respect for dogs”.

Boyce had documented many such dark stories in Iran which show dogs and Zoroastrians did not have much chances of survival in an increasing Islamised culture and were  pushed to the periphery of their new Islamic society as outcasts.

Under the Islamic Republic of Iran dogs have once again been maliciously attacked and destroyed. IRI considers dogs not only unclean but also keeping them as pet a Western cultural import. Their ignorance of the place of dogs in Iran’s culture and history is profound. Dogs, cats and horses among other animals have been part of the cultural landscape for thousands of years. Most Iranians like any other civilised and educated people never consider dogs as unclean. Any domesticated animal can be considered ‘unclean’ if it’s not looked after, dogs no exception. There is nothing inherently ‘unclean’ about dogs. In fact they have many excellent qualities that benefit people. It is for their inherently good qualities that they have been part of the human odyssey on this planet for so long and shall continue to be.

A Very Brief History of  Iranian dog breeds and stories

Images of running dogs with long, narrow bodies adorn pottery found in Susa that dates back to 6,000 years ago.

Herodotus reported a legend according to which Cyrus the Great had  been suckled by a bitch.

In ancient history King Xerxes brought back with him a Tibetan Mastiff this may have been the beginning of the breed of the Persian Mastiff.

An intact statue of a dog made of black marble was found in Persepolis, it is already in Iran Bastan (Ancient Iran) Museum in Tehran.

Simurg the Persian, benevolent mythical figure possesses wings with the head of a dog. It was the Sassanian Royal symbol. 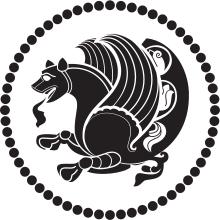 Undoubtedly the golden age for dogs in Iran was during the Zoroastrian period where dogs attained a superior status comparing to other animals and specific instructions were given for their care,  almost identical to that of any member of the household.

Persian Mastiff (Sarabi Mastiff) is a breed of livestock guardian dog indigenous to Sarab, a city in north-west of Iran. It has been used for centuries by Iranian shepherds to guard sheep against wolves, bears,  jackals and other animals. The Sarabi Dogs are some of the most powerful dogs in the world.

Saluki: also called Persian Greyhound and Persian Gazelle has been a successful breed – its grace, symmetry and speed ( being the fastest dog according to the Guinness Book of records) have been very useful for hunting and have been used by tribal people over the centuries.  Salukis found their way to Europe perhaps as early as during the Crusades and later English soldiers returning from the wars in the Middle East brought back with them their pet Salukis. 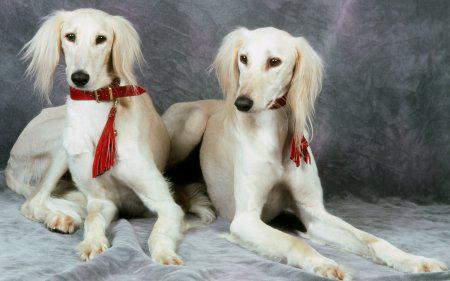 Greyhound and Afghan Hound (also referred to as Persian Greyhound) most probably related to Saluki.

Iranian tribes living outside of the Persian Empires have been generally overlooked. This is mainly due to their independence from the central government. Alans, an Iranian tribe  settled in the region north of the Black Sea and Pontic Steppe were expert horse and dog breeders who introduced their dogs to Europe.

The Alans  bred their dogs for work and developed different strainswithin the breed for specific duties. The breed was further developed in Spain, France, Germany, England, and in Italy. However, a particular breed known as Alaunt survived until 17 century but is not extinct.

The Alaunt is regarded by some cytologists as the ancestor to the original bulldog breeds. In France, Alaunts were separated into three distinct categories:

European Dogs bred from the Alaunts

If it was not of the Alaunt breed we would not have some of the very popular dogs today like, Boxer, Great Dane, Bullmastiff, Bullterrier.

The dogs of the Eastern Europe also have been significantly shaped by the Alaunts. It was after the Huns conquered the Alani tribes that they were split  into Eastern Alans and Western Alans. The Eastern Alani tribes merged with the Albanians, Ossetians, Serbs and other Balkan nations introducing their dogs into the already existing canine population in those regions. Some believe the white-coloured Alaunts were the direct ancestors of the Greek and Albanian breeds which in turn influenced all other white dogs in the Balkans, Illyrian Mountain Dog Metchkar, Qen Ghedje,  Hellenikos Poimenikos Molossers.