Dear members of the Yarshater family; dear friends and colleagues.

Speaking for myself as well as in my capacity as President of the Persian Heritage Foundation,

Let me first express my deeply felt sorrow about the loss of Dr. Yarshater and extend my sincere condolences to the members of the family assembled here, especially to Mozhdeh Yarshater and her husband, Tony.

We are mourning the passing of a great man.

We are also here to memorialize and celebrate the life of a great man, the long, rich and rewarding life of a remarkable individual who dedicated his life to scholarship and research, and who put his passionate and unrelenting quest for knowledge and insight in the service of a higher ideal.

The higher ideal was Iran, its history, its cultural patrimony, its language and, ultimately, its people, all of which he loved and really inhabited and incarnated. Dr. Yarshater represented the best Iran has to offer. He stood for the Iran of openness, of tolerance, of the acknowledgement and exploration of diversity, of cultural capaciousness; the Iran, in sum, of universal values and humanism as expressed by its literati, luminaries such as Sa‘di, Jalal al-Din Rumi and Hafez. He represented the adage of Zoroastrianism, pendar-e nik, goftar-e nik, kerdar-e nik, good thoughts, good words, good deeds.

Dr. Yarshater was not obviously political, something that has been held against him. His values went far beyond the political. Indeed, he had to be non-political in order the represent and serve Iran and its people, in a way that reminds one of another great Iranian who left us a few years ago, Dr. Iraj Afshar. What Dr. Yarshater and Dr. Afshar stood for goes far beyond the Iran of the shah and his monarchy and the Iran of the Islamic Republic. Like Dr. Afshar, Dr. Yarshater was only non-political in a superficial way. Yet in a broader, more fundamental way, he was very political, embodying and defending transparency, curiosity, the value of critical thinking open-ended debate. This stance allowed him to be unencumbered, free to pursue a higher goal, the exploration of ma ‘naviyat, the lofty realm of meaning.

Dr. Yarshater was a man of remarkable academic accomplishment. In his scholarship—the many groundbreaking books and articles he wrote on language and literature—he connected ancient, pre-Islamic Iran to the country’s Islamic period, seeing unity in diversity, continuity amid disruption, in the course of a turbulent history spanning millennia. In addition, he edited and oversaw the editing of an astonishing array of scholarly series such as the 40-volume Tabari Translation Project; the History of Beyhaqi; the ongoing History of Persian Literature, of which more than five volumes have come out to date; the Persian Text Series, the Persian Heritage Series, the Persian Studies Series, among others.

Dr. Yarshater was not an easy person. For one, he was a challenging boss. His work ethic and his frugality were legendary, becoming the stuff of many tales. I remember how, about ten years ago, he came to Virginia on the train from New York to attend a ceremony in honor of my father-in-law, the late Nosrat Allah Amini, who was a long-time friend of his. Asked why he had taken the train, he pointed out that the train allowed him to work. Instead of staying overnight, he also insisted on returning the same say, so he could go back to his office to do some more work.

The long hours, the discipline, and the parsimoniousness had a purpose. And it wasn’t self-aggrandizement and least of all self-enrichment. Dr. Yarshater was a leader. As all good leaders he demanded a lot from those who worked for him. But as all exceptional leaders, he demanded even more of himself, working twelve-hour days, rarely taking time off from his labors. It was all in the service of a higher goal—his scholarship.

The goal was lofty, but no cause, however elevated, can be achieved without material means. Dr. Yarshater proved to be astute here as well. His breath of vision extended well beyond scholarship. He proved to be a great scholar as well as a great entrepreneur. He invested wisely and traveled around the world and organized galas to solicit money from donors and benefactors. Here, too, the goal was not personal gain but service to the cause, to plumb the depths of Iranian civilization in order to make the results available to humankind.

Central to his concerns and crucial to his legacy is the Encyclopedia Iranica, a monumental work of scholarship, the beating heart of Iran-studies for being the ultimate reference work of a whole civilization, encompassing not just Iran the country but the entire Persianate world, from the Balkans to Bengal, including the Caucasus, Central Asia, and the Indian subcontinent. Unique in its conception as the sum total of all knowledge about the Iranian universe, the Encyclopedia was his brainchild and his crowning achievement; he founded it more than forty years ago and shepherded it along with total devotion and dedication until the end of his life.

As President of the Persian Heritage Foundation I am very proud that we—the board of PHF–have been able to secure Dr. Yarshater’s legacy and fulfill his dearest final wish by endowing the Yarshater Center of Iranian Studies at Columbia University last month. The Encyclopedia Iranica, Dr Yarshater’s pride and joy, will naturally be at the core of this enterprise, firmly embedded at Columbia University, where it has been since its inception, and where it should stay and continue to flourish indefinitely. My colleagues and I, Ali Gheissari, Elton Daniel, Joe Cooper and Mozhdeh Yarshater, as well as the unsung heroes who labor every day to edit the Encyclopedia, the likes of Mohsen Ashtiyani, Manouchehr Kasheff, Mahnaz Moazami and, until recently, Ahmad Ashraf, very much regret that Dr. Yarshater will not be able to attend the ceremonial opening of the Center on October 25th. Yet we console ourselves with the thought that knowing that his legacy would not be squandered after his departure must have made preparing for the end to his terrestrial existence quite a bit easier.

I would like to end this brief eulogy by reading a poem attributed to an unknown sixteenth-century poet. 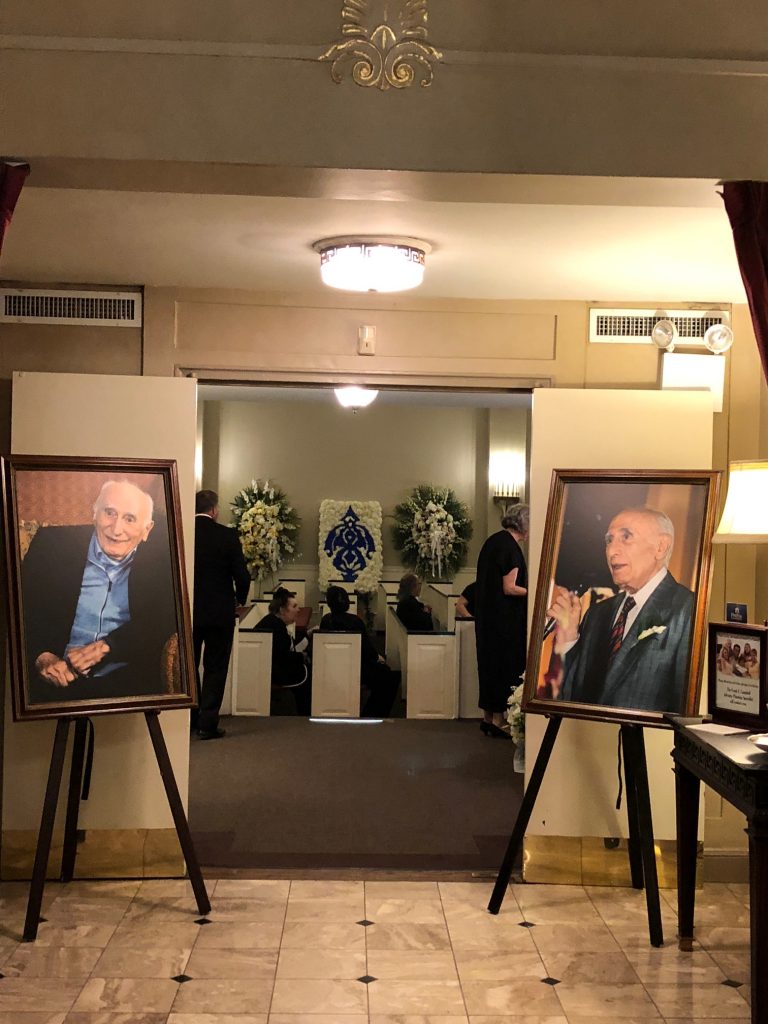 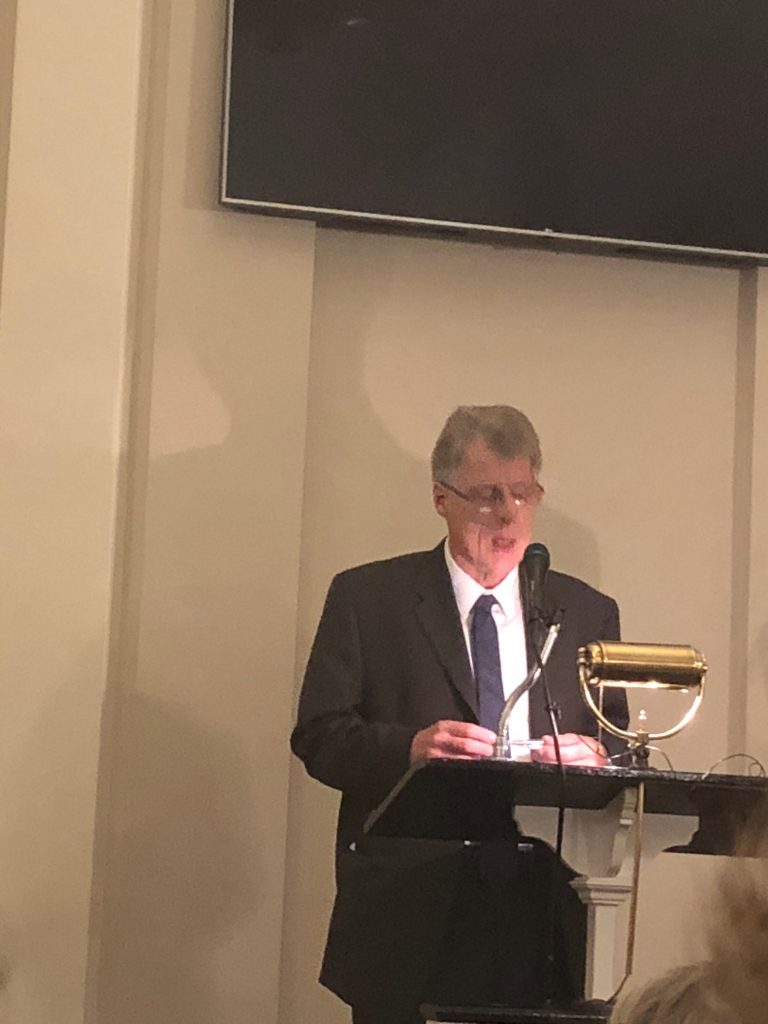 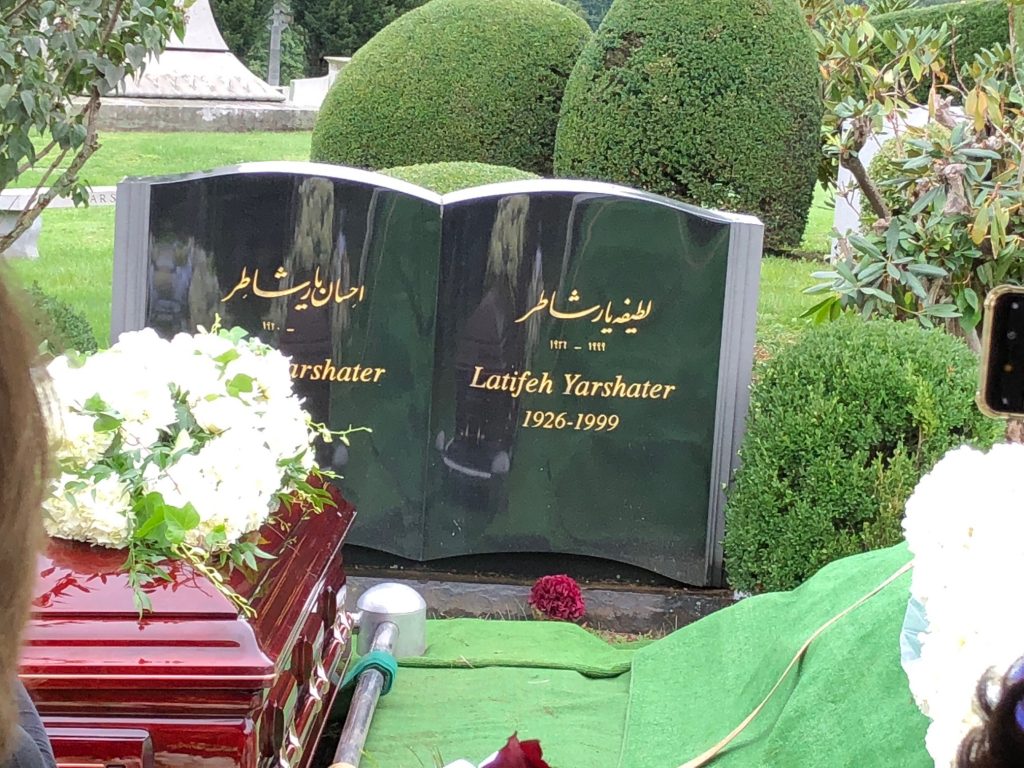 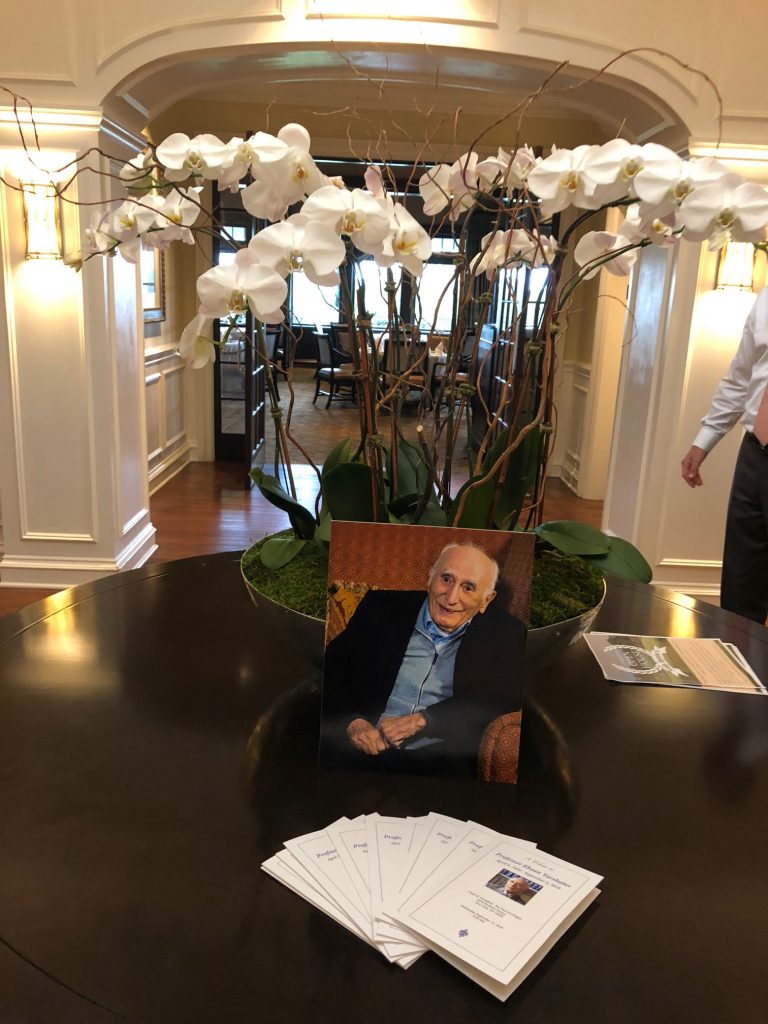