Anybody who understands the temperament of Mohammad bin Salman probably suspected that the Saudi Crown Prince wasn’t just going to throw his hands up in despair when confronted by the embarrassing wave of cancellations by Western business executives whom he had enlisted to attend his Future Investment Initiative – better known as “Davos in the Desert.” And just hours after a bevy of banking executives became the latest group to publicly state that they would be skipping the conference, the Saudis have struck back with what the Financial Times described as “the first concrete retaliation by Saudi to the wave of Western executives deciding not to attend FII and criticising Saudi over Mr Khashoggi’s case.”

Saudi Arabia has pulled a planned deal with Virgin Hyperloop One after Sir Richard Branson said early last week that he would temporarily cut ties with the kingdom until more details about the death of regime insider-turned-critic Jamal Khashoggi – whose Oct. 2 murder at the hands of Saudi agents inside the kingdom’s consulate in Istanbul has sparked a diplomatic crisis with global implications – have been unearthed.

News of the retaliation is breaking with a slight delay, as the FT’s anonymous sources said that the Saudis and Virgin had been  planning to sign a deal for a new feasibility study at a ceremony during the FII. However, within hours of Branson saying he would back away from the Saudis (he is a minority shareholder in the Virgin hyperloop project) the kingdom sent Hyperloop a notice disinviting them from the conference – effectively killing a deal that had been the result of more than 18 months of careful negotiations with the Saudi transportation ministry.

Branson released a statement at the time.

I had high hopes for the current government in the Kingdom of Saudi Arabia and its leader Crown Prince Mohammed bin Salman and it is why I was delighted to accept two directorships in the tourism projects around the Red Sea. I felt that I could give practical development advice and also help protect the precious environment around the coastline and islands.

What has reportedly happened in Turkey around the disappearance of journalist Jamal Khashoggi, if proved true, would clearly change the ability of any of us in the West to do business with the Saudi Government. We have asked for more information from the authorities in Saudi and to clarify their position in relation to Mr Khashoggi.

While those investigations are ongoing and Mr Khashoggi’s whereabouts are not known, I will suspend my directorships of the two tourism projects. Virgin will also suspend its discussions with the Public Investment Fund over the proposed investment in our space companies Virgin Galactic and Virgin Orbit. 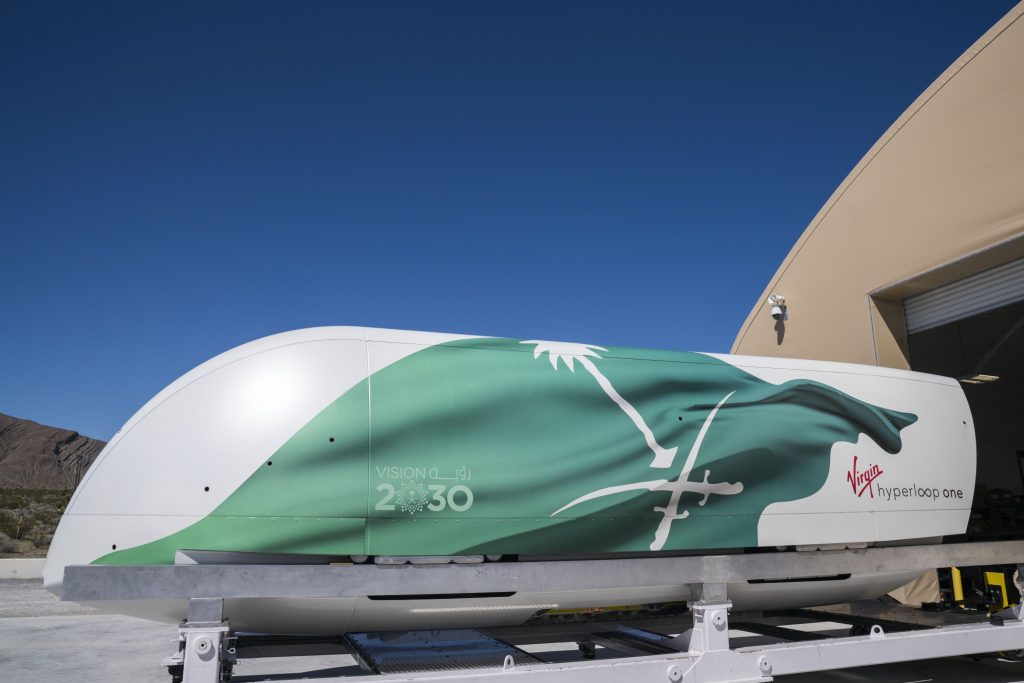 Fortunately for Hyperloop, Saudi Arabia isn’t the only game in town. In fact, Virgin Hyperloop has more than half a dozen feasibility studies under way from Dubai to Texas and Ohio. The company is also conducting more advanced studies in India, but has yet to pursue a construction contract.

MbS visited Virgin Galactic during his tour of Silicon Valley earlier this year. He declared at the time that bringing a Hyperloop to Saudi Arabia could be an important “catalyst for change”.

Crown Prince Mohammed bin Salman in March visited the Virgin Galactic base during his US tour, where he was shown a Hyperloop “pod” painted in the colours of the Saudi flag. Prince Mohammed at the time said the transport system could be a catalyst for change in the kingdom.

The technology, originally conceived by Elon Musk, envisions pods running at speeds of up to 700 miles per hour through vacuum tubes, potentially cutting travel times from Riyadh to Jeddah from 10 hours to 76 minutes.

Virgin Hyperloop One, which is also backed by Dubai Ports operator DP World, still needs to get the financial funding needed to bring the technology out of the realm of science fiction.

Hyperloop executives have tried to revive talks despite the controversy, but their attempts have been rebuffed. Though CNBC later reported that talks between Hyperloop and the Saudis are ongoing.

Company executives, who are trying to re-engage with the Saudi government, have been told not to attend the event, the people said. Virgin Hyperloop One, which declined to comment on its business relationship with the kingdom, confirmed that it would not be attending the conference.

The Hyperloop fiasco is just the latest sign that Silicon Valley has a ‘Saudi Arabia problem’ – as the New York Times characterized it in a recent op-ed. But the diplomatic crisis ignited by the extrajudicial killing of Saudi journalist Jamal Khashoggi has inspired some intrepid journalists at the Wall Street Journal to take a closer look at the kingdom’s relationships and investments in the US tech industry. And as it turns out, for a place that holds itself up as a bastion of progressive values, the Bay Area’s dependence on investments from a medieval theocracy where women were only just granted the right to drive is somewhat surprising. The Kingdom, according to a WSJ analysis, is the single largest investor in Silicon Valley startups, either through its sovereign wealth fund, its investment in the Softbank Vision Fund, or some other entity. Since mid-2016, Saudi has directed some $11 billion to US startups, most notably in Uber.

This gives the kingdom plenty of latitude to inflict pain on the US via a channel that has nothing to do with oil prices. The only question now is whom will the kingdom retaliate against next?