In The Middle East, The ‘West’ Has Been A Curse

There is a string of ‘what abouts?’ going all the way back to the French occupation of Algeria in 1830.  The ‘western’ presence in North Africa and the Middle East is an unbroken record of criminality, invasion, occupation, massacre, assassination and overthrow stretching back over two hundred years.

The ‘west’ is always killing someone somewhere, or helping someone else to kill them.

The ‘west’ is always killing someone somewhere, or helping someone else to kill them. Nothing has ever stopped it.  Not 9/11 and certainly not the killing of Jamal Khashoggi. Even now Britain is ramping up its arms sales to Saudi Arabia, consolidating its position as a partner in the slaughter of Yemenis.

This is the template for what we now see around us.  In the Middle East, the ‘west’ has been a curse. But what is ‘the west’?

No more than a useful cover, basically for three countries, Britain, France, and the US.  Their outriders, Australia, Canada, other European states, in it for the money, or bullied and intimidated into joining the ‘coalition of the willing’ or whatever propaganda phase is cooked up to conceal the massacre of millions, are no more than useful bit players masquerading as independent countries.  To this list has to be added the Arab regimes prepared to sell out anything that can be defined as an Arab cause in return for ‘western’ approval, pre-eminently Palestine. Previously covert dealings with Israel by Gulf states are now right out in the open.

From 1798 when French warships arrived off the coast of Egypt until 1956 when Britain and France were humiliated at Suez, it these two countries that brought havoc to the Middle East, wave after wave and country after country.  If the Palestinians lost Palestine it was because the British gave it to the Zionists. If the Zionists have nuclear weapons it is because France gave them their nuclear reactor.

These two powers have an appalling record wherever you want to look. Their ‘peace conference’ after the end of the First World War was a ‘more war’ conference. Wars on the people of Palestine and Iraq, along with the wars already running, on the people of Egypt and Algeria, where the French butchered Algerians in the streets of Paris in the 1960s, having butchering them in their occupied home country. They massacred them and asphyxiated them with smoke in the caves where they were hiding. So much for la mission civilisatrice.

By the 1960s, finally, exhausted, militarily and financially, no longer able to hang on to their empires, the two governments had to let go and hand power over to the third pillar of the ‘western’ imperium, the US.

Eisenhower knew nothing of the simultaneous plot to destroy the Egyptian government. Deceived by Britain and France, he was furious.

Threatening Britain with an end to financial aid, and seizing the opportunity to let France and Britain know who was boss in the Middle East from now on, he quickly brought the attack on Egypt to an end.

No longer able to start wars of their own, Britain and France now follow the US wherever it wants to go, into Afghanistan, Iraq, Libya, and Syria, running in to grab whatever they can from the chaos.

The consequences for the people of the Middle East are deaths on a massive scale and refugees pouring out of their ruptured countries, drowning in the Aegean or the Mediterranean while the killing continues somewhere else.

No ‘western’ country takes any responsibility for any of this. When ‘migrants’ jump ashore from rubber boats or press against border fences, the collective ‘west’ is affronted as if this humanitarian crisis had nothing to do with it, as if these people were the cause of the problem rather than the symptom.

Morality, justice, law, human rights, civilization, democracy are all irrelevant, indeed an insult when coming from the mouths of the politicians responsible for this devastation. The clichés are uttered and the caravan of death moves on.

Witness Khashoggi. They want him forgotten as soon as possible so they can get on with business as usual, i.e. selling weapons so the Saudis can bomb more buses and wedding parties in Yemen and starve more children to death. 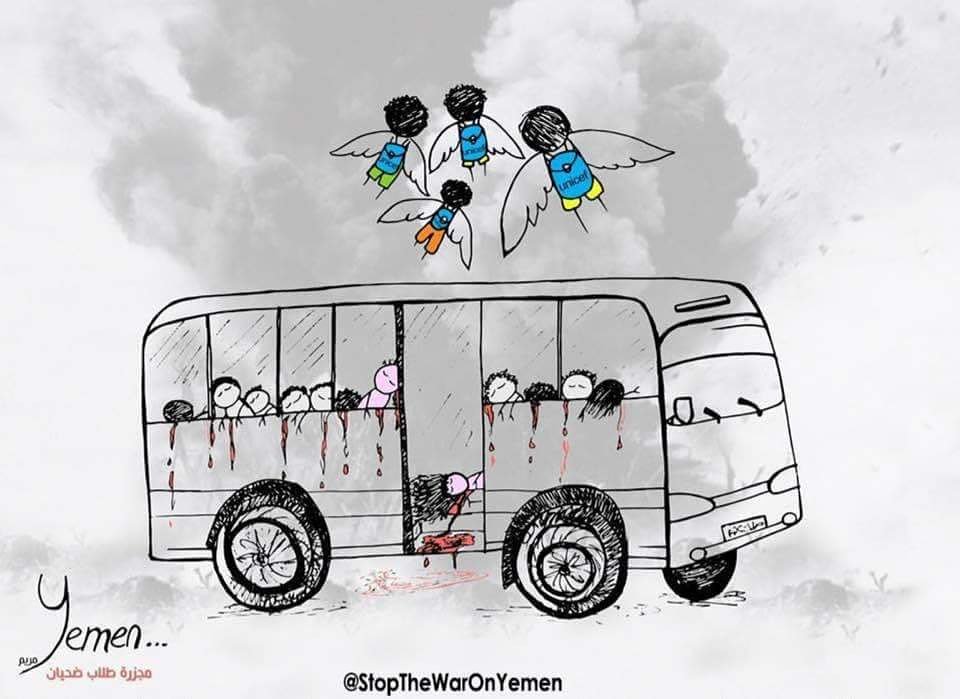 It surely has escaped no-one’s attention that all the countries or territories they or their colonial implant in the Middle East, Israel, invade, bomb or occupy, with the single exception of the Balkans in the 1990s, are almost wholly or predominantly Muslim?

Syrian, Yemeni, Iraq, Libya, Afghanistan, Somalia and Palestine recurrently over the past seven decades and just about everyone in the Muslim world at some point, going back to 1798.

They have killed millions of mostly innocent people. Those that did take up arms were resisting invasion and occupation. Did Fouad Zakaria really have to ask, after 9/11, ‘why do they hate us?’ If there is a ‘clash of civilizations,’ who does anyone think has created it and whose blood was really shed along ‘Islam’s bloody borders,’ as described by Samuel Huntington?

Have a look at a map of the Middle East and North Africa. At some point, virtually all of it has come under ‘western’ attack.  The exceptions happen to be those pandering rulers that give the ‘west’ what it wants and keep on giving.

Money and weaponry trump morality every time. What is the shocking murder of one man compared to the hundreds of billions to be made from arms sales and other deals with Saudi Arabia?

Amorality is the name of their game. They armed Saddam. They helped him use chemical weapons against his Iranian enemy. They looked the other way when he used them against the Kurds and when they had no more use for him they hanged him.

They bought Libya’s oil and brought Muammar al Qadhafi in from the cold until he began setting up financial structures to take Africa out of the hands of the IMF. Then they destroyed his country and killed him. Hillary Clinton guffawed when told of his murder.

Trump promised to end the wars but did not. That is not the reason he is hated by the pseudo-liberals, from the babbling talk show hosts to the editors of their house journals, the Washington Post and the New Yorker.

They couldn’t care less how many Syrians, Yemenis or Palestinians died last week. They hate Trump because he is not one of them. He offends them by his presence. He does not look like them and he does not talk like them. Neither do they have any affinity with the people he represents, including the soldiers from impoverished regions and decaying cities who fight the wars they support.

They just want this execrable creature gone, by whatever means it takes, removed permanently from their line of sight.

They like Hillary. She is a woman, after all, a feminist icon who crashed through the glass ceiling by being as bad as the men and worse than most.  This is what is called a victory for women everywhere.  She is a feminist who has never shown any compassion for the murdered women and children of Palestine, Syria, and Yemen. Her sympathies lie with those who kill, torture or imprison them. 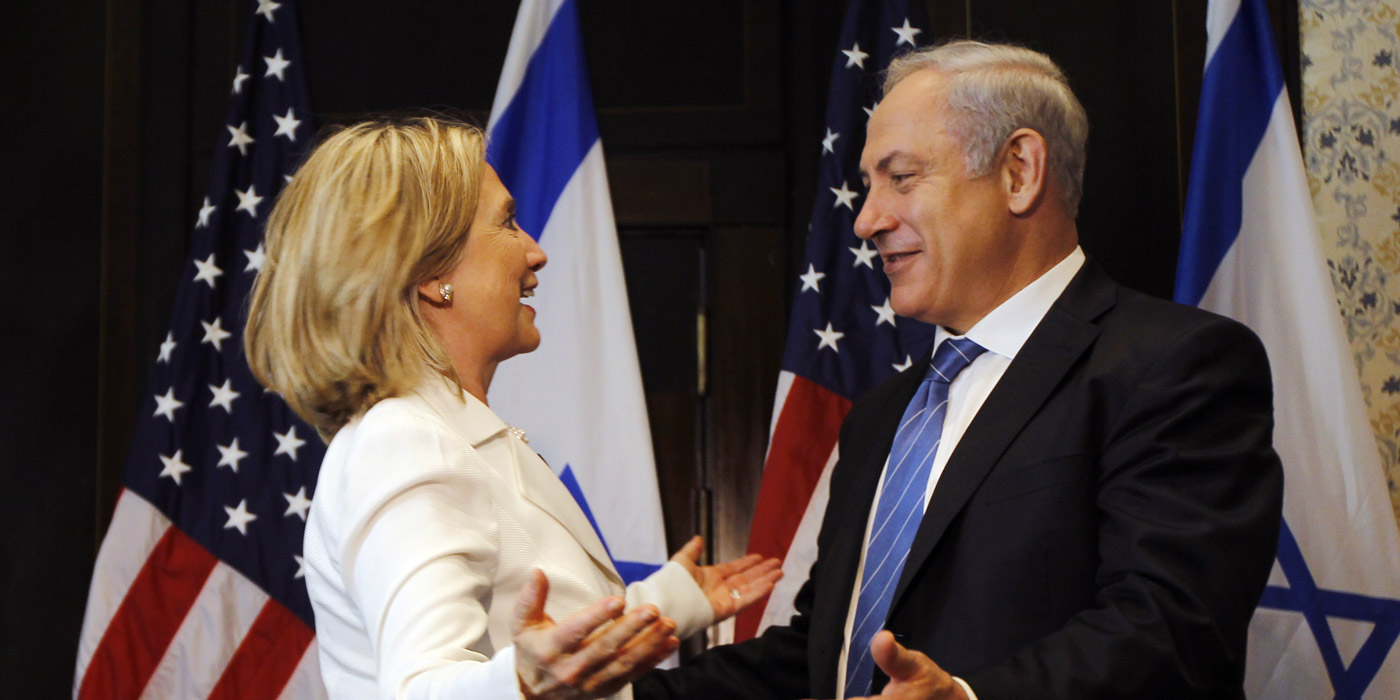 Of course, Clinton’s only interest is herself.  However, the biological fact of gender apparently trumps everything and would have trumped Trump had not the scheming, diabolically cunning Vladimir Putin corrupted the elections from somewhere in the heart of the Kremlin. The man with the orange hair was his Manchurian candidate.

They have no evidence for any of this because there is none. It is fiction from start to finish. From the Washington Post to the New Yorker these pseudo-liberals cling to their fictive version of history because they cannot accept that Clinton lost because the American people had enough common sense to reject her.

Is Trump worse than Hillary would have been? Who knows? Who cares? Outside the serried rank of the pseudo-liberals baying for Trump’s blood, who gives a rat’s arse? Let the Americans fight their civil war. The more damage they do to each other the less the damage they might be able to do to other people.

Cover photo: A dead Iraqi child as a result of America’s ‘war on terror’