Erdogan Wins Election, Continues To Be A Thorn In The Flesh For The US And Israel

“Turkey is a global “swing state.” It has a large and growing economy, a strategic location, a democratic government, and mixed views about prevailing international arrangements. Like the other three global swing states — Brazil, India, and Indonesia — Turkey’s choices will influence whether today’s international order evolves and endures or fragments and fails.”

The above passage is reproduced from a policy brief titled Turkey: A Global Swing State by the German Marshall Fund of the United States, the American think tank. Indeed, from the US perspective, several fault lines in regional politics are affected by Turkish policies.

It is no big secret that the US and its European allies and Israel view Turkish President Recep Erdogan’s regional policies with growing disquiet. Erdogan’s independent foreign policies weaken western regional strategies and his support for Hamas (and his visceral dislike of Netanyahu) isolates Israel in the region.

On the other hand, the US’ containment strategies against Russia and Iran are undermined by Erdogan’s policies. The Turkish-Russian-Iranian troika created new facts on the ground in Syria and rendered untenable the US military presence in Syria. Turkey frontally challenges the US’ alliance with Syrian Kurds. The deepening Turkish-Russian partnership challenges the cohesion of NATO. The so-called Middle Eastern Entente between Turkey, Qatar and Iran creates much-needed strategic depth for Tehran.

Suffice to say, Erdogan has become a thorn in the flesh for the US  and Israel. All this goes to explain the unusually high level of western interest in Turkey’s local elections, which concluded on Sunday. The big question is how far the election results affect Erdogan’s hold on power. Put differently, do the election results show any signs of this charismatic politician losing his grip?

The turnout of voters has been appreciably high — 84.67%. Overall, AK Party (Erdogan’s party) and its ultra-nationalist ally MHP (under the banner People’s Alliance) polled 51.62% votes as against the secular ‘Kemalist’ and liberal opposition (known as National Alliance) which secured 37.56% votes.

The AKP is leading the race securing 16 metropolitan municipalities (out of 30) and taken control of 24 cities, with the main opposition winning in 10 municipalities. But the opposition has wrested control of Ankara and may have scraped through in Istanbul, the country’s main centre of business and industry.

On the whole, there has been no significant shift in the established pattern of social and political polarisation — the southern (Mediterranean) and western (Aegean) provinces supporting the opposition parties with liberal, ‘westernist’, secular outlook, while the Islamist AK Party retains its vast power base in the deeply conservative Anatolian heartland.

A pall of gloom would have descended on the western capitals as the realisation sinks in that Erdogan will be around as Turkey’s helmsman for the foreseeable future.

Simply put, the AK Party emerges as the winner for the 15th consecutive election under Erdogan’s stewardship. Erdogan said in an address to the nation, “There will be no elections for four and a half years. What will we do? We will focus on national and international issues, and hopefully raise our country above the level of our contemporaries.” Erdogan prioritised the strengthening of the economy, development and job creation. 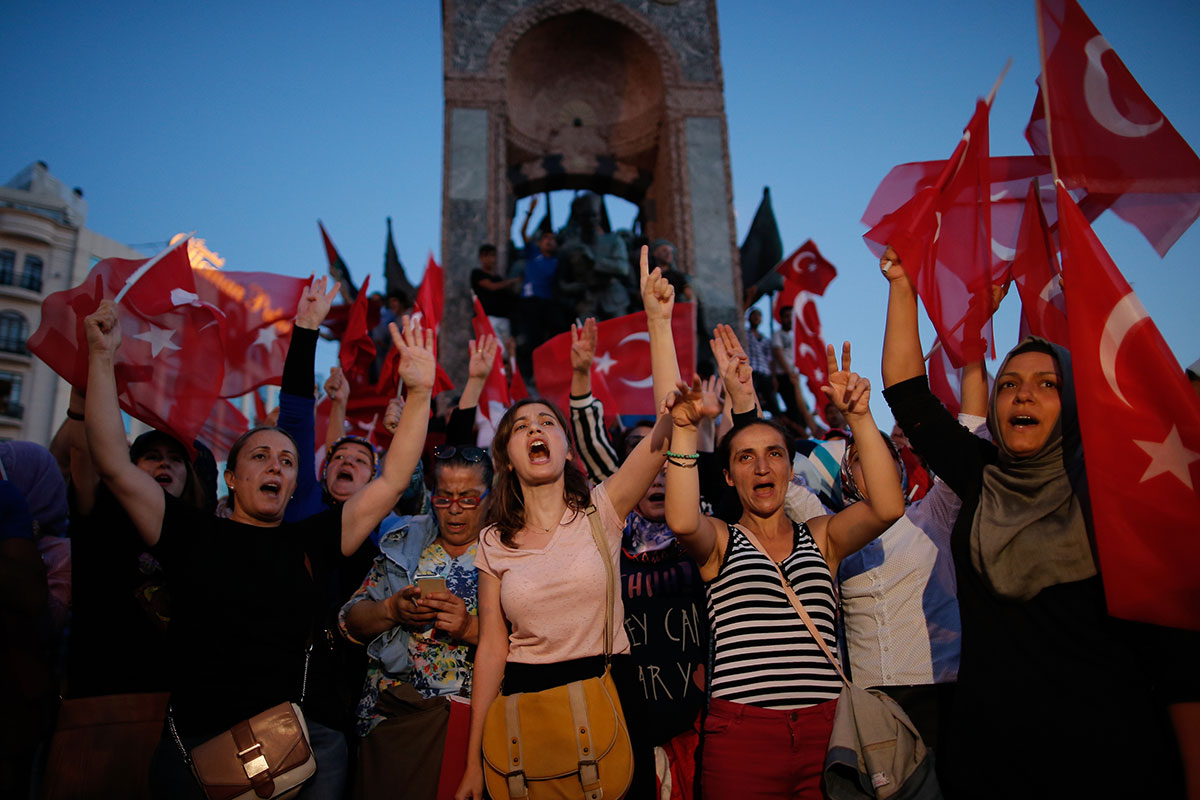 A pall of gloom would have descended on the western capitals as the realisation sinks in that Erdogan will be around as Turkey’s helmsman for the foreseeable future. Turkey’s presidential and parliamentary elections are due only in 2023.

It is a sign of the times that Russian President Vladimir Putin telephoned Erdogan on Monday to congratulate him. Erdogan is due to travel to Russia next week to co-chair with Putin the eighth meeting of the High-Level Russian-Turkish Cooperation Council scheduled for April 8 in Moscow.

Erdogan’s meeting with Putin will be crucial as both sides are conscious that stormy days lie ahead in Turkish-American relations. Turkish Foreign Minister Mevlut Cavusoglu is due to travel to the US even as Washington is ratcheting up pressure on Ankara to pull out of the S-400 missile deal with Russia and to comply with the US sanctions on Iran.

Things may come to a head between the two NATO allies in the coming weeks since Russia is due to deliver to Turkey in July the first batch of the missile system. Turkey is buying four batteries of the S-400 air defence system for $2.5 billion.

On Thursday, a bipartisan bill was introduced in the US Senate to block the transfer of F-35 stealth fighter jets to Turkey unless Ankara scrapped the S-400 deal. The US is also reportedly considering removing Ankara from the joint production program on F-35s. But the Turkish Foreign Minister Cavusoglu reiterated on Friday that Ankara will go ahead with the missile deal with Russia. He scotched the rumours that Ankara might resell the missiles to a third country.

More importantly, last Tuesday, the US introduced sanctions on 25 individuals and firms on grounds of violation of sanctions on Iran, including firms and persons based in Turkey. On Wednesday, Sigal Mandelker, undersecretary for terrorism and financial intelligence in the US Treasury, called on Turkey to strictly observe the sanctions against Iran.

Without doubt, the Israeli lobby in Washington is pulling all stops to punish Erdogan. His support for Iran and Hamas infuriate Israel. Erdogan said last week that Turkey will never accept Israel’s illegal occupation of Golan Heights and intends to raise the issue in the UN. The US media which is heavily under Jewish influence has been harshly critical of Erdogan. Sunday’s election results are being displayed as ‘setback’ for Erdogan. Given the Jewish influence on Wall Street, the game plan would be to create difficulties for the Turkish economy so that mass discontent rises and threatened Erdogan’s popularity.

At such a sensitive juncture when an escalation of tension in ties between Ankara and Washington looks possible in the days ahead and Turkey is hard-pressed to strike a balance between the US and Moscow, the results of the local elections on Sunday would relieve the pressure on Erdogan. But the loss of control of Ankara and Istanbul creates new headaches.

The head of the Nationalist Movement Party (MHP) Devlet Bahçeli, ally and coalition partner of Erdogan, said on Monday that “external forces seeking to implement shady machinations over Turkey have failed” in the local elections. Bahceli said that the “economic hitmen, currency gangs, terrorist groups and intentions” lost hope thanks to the will of the nation and “got the answer they deserved.”

However, looking ahead, Bahceli added, “Elections are now past and Turkey has replenished its hope. It is of crucial importance to focus on worsening social and economic issues along with international challenges.”