Syria has leased Iran parts of the Latakia port on the Mediterranean Sea, a development significant for numerous reasons. Passage from the Arabian Sea up to the Mediterranean via the Red Sea is necessary for Iran’s trade with Europe, which the current administration has pursued doggedly both during the Iran nuclear deal’s short lifespan and after the US withdrew from it.

The move would undoubtedly lead to escalatory militarism from the Israelis who’ve made it clear they regard any manner of Iranian presence in Syria from personnel to alleged military sites as a provocation. However, the Syrians going through with this measure may signal several realizations and decisions regarding the future made by the Syrians concerning their foreign relations and the state of war their country still finds itself in.

The central placement of Syria in the anti-Zionist Resistance Axis – involving Iran and Hezbollah and consolidated during the tumultuous 1980s – was both the source of its strategic strength and the primary reason for the massive onslaught launched against it in 2011. Hezbollah and Iranian armed resistance played a vital role in assisting Syria against foreign-backed terrorist groups from 2012 onwards and continued after the Russian intervention on Syria’s behalf in September 2015.

The partnership with the Russians, however, was limited to specifically destroying terrorist groups which recruited heavily from all around the world with full facilitation in this regard by Western and Gulf State intelligence agencies. The Russians not only upheld their part of the pre-intervention pact with Israel setting out an intelligence and information sharing mechanism to avoid each other’s military operations but proceeded to do the Zionist state strategic favours vis-à-vis its Resistance adversaries once the terrorists were clearly mostly neutralized.

Russia’s favours to Israel, directly facilitating its aggression took many forms. Negotiating the withdrawal of Iranian-backed armed groups on the Syrian government’s side far away from the Israeli-occupied Syrian Golan Heights as part of a scheme initiated ‘at Tel Aviv’s request’ which the Russians described as ‘de-confliction’ was one such favour. It, predictably, turned out to be little more than relieving pressure on the fidgety Israelis by removing their foes from the strategic Golan Heights as the Israelis continued utilizing it as a launching base for airstrikes with no protest or withholding of support by the Russians.

Russian S-300s finally given to Syria following the October 2018 downing of a Russian aircraft due to Israeli aerial tactics turned out to be a similarly empty gesture to Russia’s nominal Resistance Allies and another boon to the Israelis. The Russian-operated surface-to-air missile system has never been used against Israeli jets which have struck Syrian territory repeatedly since then while claiming nefarious Iranian presence everywhere. Nor have Russian S-400s, with superior range to the S-300, at their Hmeim airbase or Tartus port provided any deterrent to Israeli aggression coming from the northern Lebanese airspace. 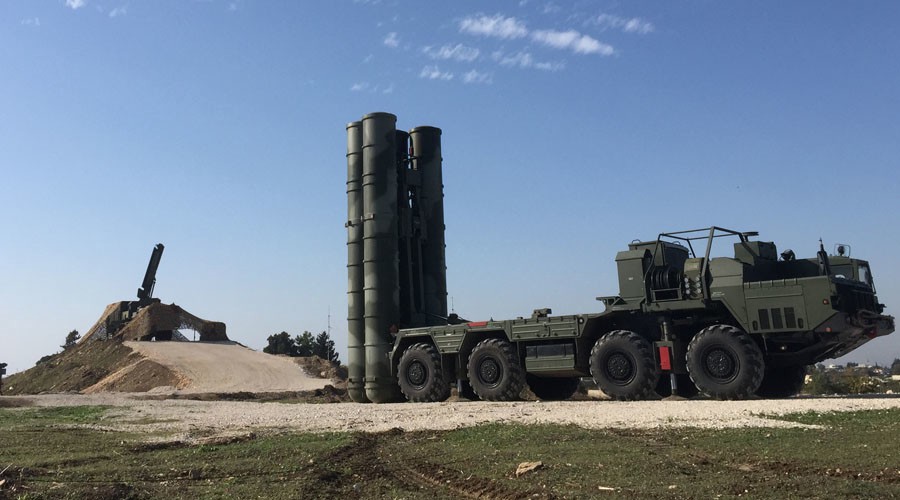 Syria has shown with the leasing of the Latakia port to Iran that despite the adverse reaction it will provoke out of Israel that its commitment to the anti-Israel Resistance bloc is still meaningful and concrete.

It has also demonstrated its growing resentment of developments over the past few years vis-à-vis Turkey’s enduring occupation of parts of its territory, including moves to consolidate its socio-economic influence there. The Syrian unrest also carries to interest by the Russians for getting Syria to compromise on its Arab nationalist character in the form of the Russian draft constitution and the stalled campaign to liberate the terrorist-held Idlib governorate. Fed up with the ‘de-confliction’ approach to winding down the Syrian War and its non-impact on Israeli aggression, an approach largely crafted and overseen by the Russians, Syria has signalled that its commitment to Iran’s strong resistance to Israel has not changed.

The port issue may also reignite older geo-economic warfare designs against Iran by its Israel-led foes.

The American Israeli Public Affairs Committee (AIPAC) used its influence over the US Congress and White House in the late 90s and early 2000s to produce legislations and executive orders decreeing sanctions on companies investing in the Iranian oil and gas sector. These sanctions coupled with political pressure have resulted in the abandonment of planned pipeline projects popular with large multinational oil and gas companies from the Caspian Sea’s oil and gas fields crossing Iran and terminating at the Persian Gulf on its territory.

The Israel and Turkey-favoured Azerbaijan-Georgia-Turkey-Mediterranean Sea route, which Israel’s lobbyists in Washington had promoted eagerly for years as an Israeli boon to its only open Middle East ally in the Turks, was thus pushed through despite its lesser economic efficiency compared to the Iran route with a gas pipeline running parallel to it. By 2005, the Baku-Tblisi-Ceyhan pipeline was up and running, providing oil from the Caspian Sea to the Mediterranean via Turkey’s Ceyhan port from where Israel could directly import and a route completely bypassing Iran. Iran would miss out on being a transit state while Turkey – who the Israeli fifth-column neoconservatives in the US such as Richard Perle and Douglas Feith even lobbied for arms sales to in the 90s – would gain considerable revenue and also promote itself as a major route for Middle Eastern and Caspian energy supplies to Europe.

It also prevented the scenario where Iran as a vital transit state and the place from where the pipeline would terminate on the Persian Gulf could influence the concerned consortium agreements into not selling oil and gas directly to Israel.

Iran operating the Latakia port would ring alarm bells in Tel Aviv and correspondingly Washington and the Gulf States.

In view of the effort devoted by Iran’s adversaries toward hamstringing its economic ties with the diverse array of countries straddling the Mediterranean, Iran operating the Latakia port would ring alarm bells in Tel Aviv and correspondingly Washington and the Gulf States. Considerably further north than other major Syrian ports, the Latakia port would compliment a long-rumoured in-the-works pipeline from Iran through Iraq to Syria terminating at the Mediterranean. It would enable Iran to pump gas directly from its own territory to the Mediterranean and onward as exports to European buyers, using the shorter distance and time for the trade to entice European buyers and states to defy unilateral American sanctions.

More concerning to Iran’s adversaries, however, would be Iran’s ability to save itself the need to reach its European customers by sending oil tankers through the perilous Red Sea and via the Suez Canal to the Mediterranean. As described earlier, one of the goals behind the joint Israeli-Gulf State war on Yemen was to create military dominance around the Red Sea and create pretexts for acting against Iranian ships attempting to pass upward to the Mediterranean, with international maritime laws deterring Israel no more than international law in general does. Some fabricated Iranian ‘threat’ or the other could lead to Israel and its allies declaring hostility toward Iranian ships in the Red Sea, bringing once again more obstacles to Iran’s economic growth via trade with Europe.

Iran’s relations with Syria have remained pivoted around mutual opposition to Israeli expansionism and aggression and the Latakia port move shows that this aspect of the strategic Iran-Syria relationship has not worn out. It also may well symbolize a break from over-reliance on the Russians and ‘diplomacy’ which involves little to no actual pressure on the Israelis.