After a nearly 17 year absence, US troops have returned Saudi Arabia’s Prince Sultan Air Base. The last time the base, which lies about 60 miles outside of Riyadh, saw an American presence was in 2003, after which the troops moved to Qatar.

The American troop surge into the gulf region to curtail Iran continues even as the world is focused on the coronavirus pandemic, which appears to be spreading in the Middle East.

While the Pentagon focuses on “deterring Iran,” the Islamic Republic is busy dealing with a very different and more immediately devastating threat. Coronavirus has killed 19 Iranians among 139 confirmed to be infected, as we reported earlier, and one lawmaker has claimed that the true death toll is actually much higher.

The prior US abandonment of the base was in large part because the US soldiers stationed in the strict Islamic kingdom became a “huge recruiting device for al Qaida,” according to then-Deputy Secretary of Defense Paul Wolfowitz. In the decade prior it had been a key base for US forces starting after Saddam Hussein’s invasion of Kuwait in 1990.

“We face a thinking enemy that is playing a real regional conflict for keeps, and they’re very good,” Gen. John Walker, the commander of the 378th Air Expeditionary Wing at the base, told The Wall Street Journal of the return of some 2,500 US troops to the base.

They will reportedly man Patriot missile batteries stationed there, and F-15 fighter jets will operate out of the air base.

Despite the kingdom’s US-supplied anti-air defenses appearing to have failed during the Sept.14 drone and missile attack allegedly out of Yemen, US defense officials now say they’re confident in Patriot missile systems’ ability to intercept any inbound threats. 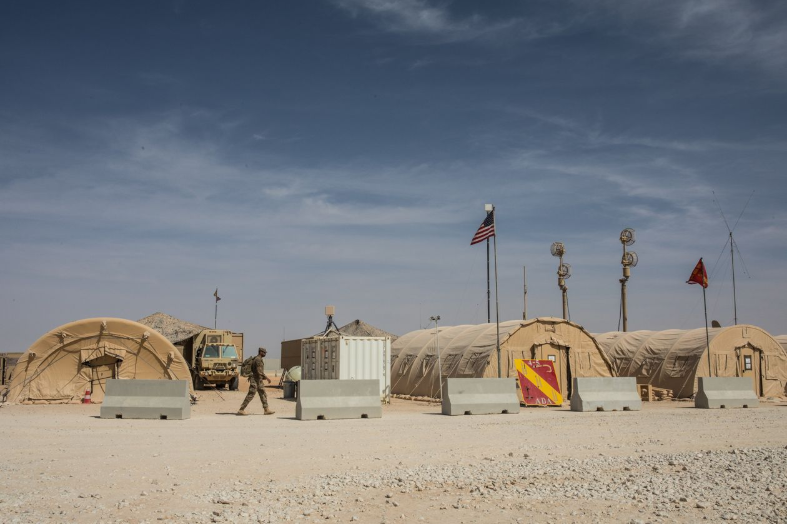 Meanwhile, infrastructure at the newly reestablished Prince Sultan Air Base appears rudimentary at this point: “At the moment, the American encampment at Prince Sultan remains a basic outpost. The Saudis have built a road to service the American section of the base, while the Americans are installing electricity for new tents, and replacing some tents with trailers,” the WSJ observes.

But again, as Washington builds up forces in the Middle East, it could be the exact wrong time for such a surge, also given Iran is surely preoccupied with more pressing matters:

Coronavirus in the Middle East: A country by country guide https://t.co/qCWIR298ff pic.twitter.com/KwishV69l1