Art on the rocks

Ahmad Nadalian's works are mainly symbolic. His recent sketches, paintings, carvings and rock structures focus on themes of fertility and creation. In recent years, alongside his sketches, paintings and carvings, he has presented his concepts in a technique of rock installations. Spending most of his time in the mountain region of Damavand, he derives his forms from those already in nature.

The shape of a stone is meaningful to him. He has collected thousands of stones, and each is a distinct figure to him. In gathering stones and arranging them in novel patterns, he strives to discover the meanings hidden within. He has combined numerous stones in spiral patterns at his Pardees garden in the village of Poloor. This arrangement, set against the shrubs and flowers of the slanting garden hillside, can be seen from a distance away. 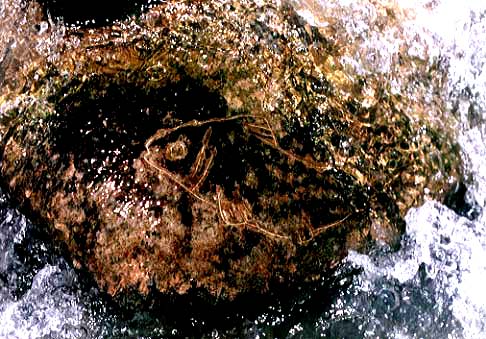