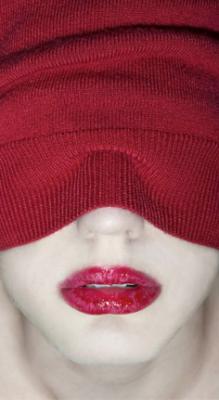 While the Iranian authorities have effectively quashed all overt political organization for women’s rights, today women are the most dynamic group in Iranian opposition politics. The feminist critique of the Green Movement is mainly focused on Mousavi’s wife, Zahra Rahnavard, whose name is often mentioned by the international and pro-Mousavi media as representative of Iranian women’s rights movement.

Rahnavard shares a similar political background with her husband: she was a conservative Islamic activist in the anti-Shah movements which led to the Islamic Revolution. Using the pen-name “Zeinab Boroujerdi,” she wrote fifteen books which are mainly about Islam and women. Unlike the multitudes of Iranian women who protested compulsory Islamic veiling on March 8, 1979 in Tehran, she wrote about the necessity of Islamic veiling in her books, such as “The Beauty of Concealment” and “The Message Behind the Muslim Women’s Hijab.”

In contrast with Rahnavard’s views about Islamic hijab, Iranian feminists demand the abolition of mandatory veiling which forces women to cover their head and body in public. For the past 31 years, Iranian women have been subverting these laws in a kind of “fashion resistance.” They have been wearing their headscarves in a way that does not hide their hair. Tight coats, non-traditional clothes, like western jeans, high-heeled shoes and glamorous make-up are the other ways of openly dissenting with mandatory veiling.

Of course, clothing style is not the only sign of Iranian feminists’ difference with Rahnavard and the Green Movement’s espoused ideology. Political discussions and publications of the Iranian opposition groups clearly show the diversity of Iranian society’s social dynamics. Just before March 2011, a popular left-wing student magazine named “Bazr,” published an article calling for the Iranian people to protest the regime on Women’s Day and criticized the leaders of the Green Movement which had started its new wave of protests in February 2011.

The article stated: “We will come to the streets again to show our power of struggle, but not to let our destiny be determined by the leaders of Green Movement who talk about turning back to ‘Khomeini’s Golden Era,’ and ‘applying the Islamic Laws’ which include the compulsory hijab law and which has not given us anything except pain.” In other words, one only needs to look at the status of women under Khomeini to know that Rahnavard’s view of women is not representative of what feminists want.

On the same date, Zahra Rahnavard also published an article in which she criticized the current Iranian laws which permit men to have multiple wives and make divorce so difficult for women, such as the inequality in the amounts of “dieh” (the money which is paid to the victim’s family when a person is murdered) which is much less for women than men, and the inequality of the ages of criminal responsibility under laws, which is 14 years old for boys and 8 for girls. All of these points have been criticized by Iranian feminists before, but had rarely been mentioned by a famous political figure like Rahnavard. However, her approach in this article still falls short of the hopes of Iranian womens’ rights activists and feminists, because she didn’t write a single word about the hijab issue, stoning or other punishments against adultery, which are some of the main problems of today’s women’s movement in Iran.

Considering this difference between the political views of the masses and the leaders of the Green Movement, why did Iranian women support the Green Movement during the protests? To answer this question, it’s important to differentiate between ideological support and the instant support which is caused by mass movements. A big majority of the Iranian women who went to protests and supported the Green Movement and Rahnavard don’t share the same approach with her about women’s issues. Many of them are young women who didn’t see or don’t remember Khomeini’s and Mousavi’s era (1981-89) which makes them nearly unable to criticize the Green Movement because of their political past.

Most importantly, many of these people are not involved in politics and don’t have any detailed information about Rahnavard’s books or Mousavi’s political statements. They just see the leaders of Green Movement as a group of brave people who challenge Ahmadinejad. Rahnavard’s ideological supporters are mainly the “Islamic feminists,” who are a small group of women claiming to reinterpret Islam and the Quran and its laws in a “feminist” way. The Islamic Feminists have been accused of legitimizing the current Iranian system by many of Iranian feminist activists and academicians, including H. Moghissi and Hamed Shahidian.

Iranian feminists and other major opposition groups not only have problems with Ahmadinejad and Supreme Leader Khamenei, but with the Islamic Republic and its system as a whole and this is what the Green Movement does not challenge. Since the demands of many Iranian women are much more radical than those of the reformist leaders of the Green Movement, it is not possible to say that Ahmadinejad and Mousavi are the only alternatives of the Iranian society.

AUTHOR
Sevda Zenjanli is the pen name of an Iranian women’s rights activist and student living in exile, who returns to Iran frequently.