Can I save him? 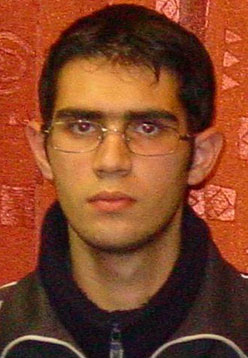 I wrote this essay about Ali Mahin Torabi, who is going to be executed for a crime that he has allegedly committed when he was only 16 years old.

Last month I wrote about Sina, an 18-year-old boy in Iran who was going to be executed. Sina’s story had a happy ending. His last wish was to play his beloved instrument, Nay, for the last time. When he did, the magical sound of his music softened the heart of the victim’s family, and they forgave him.

When I heard Sina’s story for the first time, I wondered about another innocent condemned to death who lacks Sina’s talents in music. Was he going to die? What does it mean if an accused person cannot rely on the justice system, if instead, as lonely as it sounds, his only hope is the extent of his own limited abilities? What if the accused is sixteen years old and doesn’t play Nay?

This is the true story of this man:

Today my friend in Iran called me. She told me about the imminent execution of Ali Mahin Torabi, her nephew. He’s 21 years old, and he has been declared guilty of a murder he hasn’t committed. He has spent the last five years of his life—since he was 16 years old–in a prison, waiting for his execution. After his arrest, if Ali hadn’t protected his friends by taking the blame, or if he had a rich family, or if his father had better connections, and if there was a true justice system in Iran based on the Justice and the Truth, maybe he wouldn’t have been where he is now. Still during these five years in prison, Ali studied hard to get his high school diploma and now he has also the responsibility of their library’s computer systems.

He is still full of life and hope but my friend sounded so desperate.

She asked me to help Ali.

I write this with that task weighing heavily upon my shoulders. Where to begin?

I searched the Internet and was stunned to learn there are at least another 80 children in the same situation as Ali—young people waiting to be executed for crimes they allegedly committed when they were minors. One on this sinister list is a 13-year-old girl.

I stare in horror at the images on the internet of countless public hangings. In the crowds watching this vision of horror, stand children, and all I can think about is what lessons they are learning. They stare at the soulless eyes of an alleged criminal, the one who will, in just one second, become a victim. Then I find another image: a hanged woman in black chador dancing in the air; the figure is imposing and sinister, and isolated. It’s as if this picture belongs to another place, another race, another dimension. It’s as if time has stopped, and all humanity is linked through one hanged woman’s despair.

I think: There is this truth I don’t dare defy.

The weight on my shoulders grows heavier….still more.

Should I contact humanitarian organizations? Should I send letters and emails? Should I make phone calls?

What can I actually achieve?

I am not in Iran. I am not a lawyer. I have no important connections. I am nobody. What can I do other than write about Ali who sits awaiting execution for a crime he did not commit, who has sat there, among so many others, for so many years?

How am I supposed to tell his story?

This story should stab, Kafka wrote.

That means Ali’s story should shock and awaken. That means I should dream about it, over and over and over again. That means I should change and change again my wording to hone the piece until it is pure perfection. That means I should fall asleep every night repeating this same story, to find the exact place of each word in the flow of my narration. Each word has to be where it should be. My story must reveal the randomness of this cruelty, and I must mention hope, and yes, even love. I know I have to please all those who read it and move those who have never cared—not for innocents hanged, not for young men and women in Iran, not for others. I know I must convey impossible empathy, and I must do this only with my words and even through the blank gaps between words. I must push you, my reader, to read on and at the same time make the reading of Ali’s fate harder and harder to bear. So you will suffer alongside Ali who sits alone in his cell, imagining a rope, imagining a hand, imagining the void beneath his feet – for the one millionth time.

It is how, all of us, we will never leave this moment, this moment of a man’s tangible sorrow.

It is how we will share his futureless existence; we will believe his beliefs and we will sink in the pool of his despair. We are going to belong to that place, to that hanging place, where we will turn into Ali.

But? How? How do I begin to tell this story?

How is it going to end?

How will my writing save Ali?

Please visit www.stopchildexecutions.com to read more about children facing execution and to sign a petition.