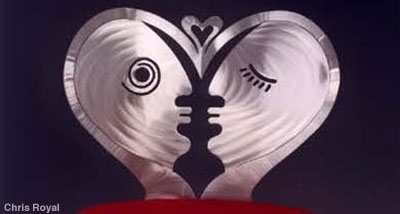 “Would you like another one?” The man sitting at the bar offered the woman next to him.

“Are you trying to get me drunk?” Uma replied in a seductive tone while playing with the empty glass in her hand.

“I enjoy your company. I like to prolong our exciting conversation.” He responded.

“I have every reason to be skeptical of your intentions.” She sneered.

“That’s because you’re cynical. I like that in a woman.”

“Intelligence is my favorite virtue. It may sound cliché’ but it’s the truth.” And ordered two of the same drinks.

“So, you’re half drunk in a bar on a Friday night and intrigued by my intelligence. Obviously my damn cleavage is not doing the trick. So what do you do?” Uma asked.

“What else do you do in addition to making money and picking up intelligent women?” She inquired.

“And I like to write crime stories.” Uma said.

“You write fiction, you have a criminal mind of course but there is a big difference.” He sneered.

“But I’m good, I can make readers believe they are reading true crimes.” She defensively replied.

“It’s not the same thing. You can never create reality.” The man said.

“My fiction happens in my imagination so it’s real. Reality doesn’t have to be tangible. Besides, reality is what’s perceived to be real, it’s a matter of perception and not the time it occurs. Past, present or future has no bearing on reality.” Uma uttered.

“If you passionately write your hopes, your dreams and your traumas in life, your fiction is virtually real. This is the art of writing.” She argued.

“Hmm. You have a point. Now that I met you I like to write.” He whispered in her ear.

“If you imagine doing something, it’s already happened.” Uma whispered back.

“Maybe I should start by writing a suicide note, an emotional and poetic final letter from a man who’s reached the bottom.” His eyes shone with enthusiasm.

“Are you suicidal?” She uttered.

“No, not at all. I’m a successful businessman and an accomplished person by any standard. I don’t have any plan to kill myself until April of 2012 and in four years who knows my plans may change.” Now he was slurring words.

His mood suddenly changed, “But we all have sorrows, shattered dreams and unfulfilled desired in life. A suicide note might be the most appropriate venue to express such despair. Don’t you think so?” He pleaded.

“What you write must be heart felt and genuine. That’s how you capture your readers.” Uma advised.

“Would you critique me?” The man peevishly commented.

“You’re not tricking me into a date, are you?” Uma was now gazing in to his lustful eyes.

“Are we not connecting on an intellectual level?” The man raised his glass and toasted.

“Tomorrow night at 11, we’ll meet outside this bar. We can go somewhere a little less crowded so we can talk about your literary piece. And thank you for drinks.” Uma left the dazzled stranger at the bar.

The next night when she arrived, it was pouring and he was in his car waiting for her. They drove in the wet streets for a while without exchanging words. Then he entered an empty parking lot and stopped the car.

“I still don’t know your name.” His words were tangled in the noise of lashing rain on the car.

“How was your first writing experience?” She inquired.

“I want to thank you for this. I never had the courage to open my heart and express myself the way I did here.”

“You just didn’t know how.” She tenderly touched his hand.

“A note like this is a final statement, it’s the grand narrative of one’s life. Is a desperate attempt to tell your story to ones who never cared or knew how to listen. It’s so absurd that sometimes we have to pay such a big price just to get a little?” He confessed.

He then opened the glove compartment and showed her the revolver. “I even have my loaded gun with me tonight to truly capture the mind frame of a desperate man.”

The rain was still viciously pouring down when she gently grabbed the gun, put it on his temple, pulled the trigger and said, ”This is the type of crime story I write.”

She then wiped the gun, put it in his grip, kissed him affectionately and left the scene.