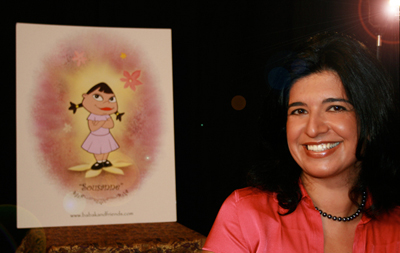 Shabnam is currently working on the production of an animation series called Mixed Nutz, which is already airing on Tapesh TV in Farsi. This follows her work after Babak and Friends – A FIrst Norooz.

Shabnam has also worked with NPR, Newsweek, BBC, VOA, BBC radio, ABC, Kurier (Austria), Profil (Germany) and many other print, TV and local radio stations to talk about Iran, its culture and its people. She was quoted in the National Geographic magazine about Iran. She does interviews on a regular basis in her magazine the PersianMirror and she is doing everything she can to show the human side of IRan to children and grown-ups alike.

She is certainly my IRanian of the Day and I am very proud to know her. Please send her link around and support her efforts.