US in violation of Convention on the Rights of the Child 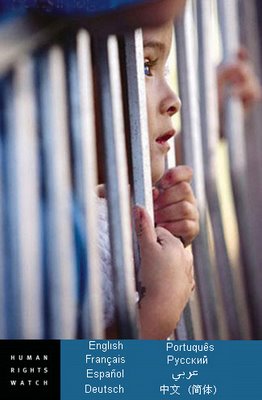 “When I die, that’s when they’ll send me home.”

Approximately 227 youth have been sentenced to die in California’s prisons. They have not been sentenced to death: the death penalty was found unconstitutional for juveniles by the United States Supreme Court in 2005. Instead, these young people have been sentenced to prison for the rest of their lives, with no opportunity for parole and no chance for release. Their crimes were committed when they were teenagers, yet they will die in prison. Remarkably, many of the adults who were codefendants and took part in their crimes received lower sentences and will one day be released from prison.

In the United States at least 2,380 people are serving life without parole for crimes they committed when they were under the age of 18. In the rest of the world, just seven people are known to be serving this sentence for crimes committed when they were juveniles. Although ten other countries have laws permitting life without parole, in practice most do not use the sentence for those under age 18. International law prohibits the use of life without parole for those who are not yet 18 years old. The United States is in violation of those laws and out of step with the rest of the world.

California is not the only state that sentences youth to life without parole. Thirty-eight others apply the sentence as well. However, movement to change these laws is occurring across the country. Legislative efforts are pending in Florida, Illinois, and Michigan and there are grassroots movements in Iowa, Louisiana, Massachusetts, Nebraska, and Washington. Most recently, Colorado outlawed life without parole for children in 2006.

Public awareness about this issue has increased recently through newspaper and magazine articles and television coverage. With a significant number of the country’s juvenile life without parole cases in its prisons, California has the opportunity to help lead the nation by taking immediate steps to change this unnecessarily harsh sentencing law.

In this report the words “youth,” “teen,” “juvenile,” “youth offender,” and “child” are used to mean someone under the age of 18.