The path to freedom 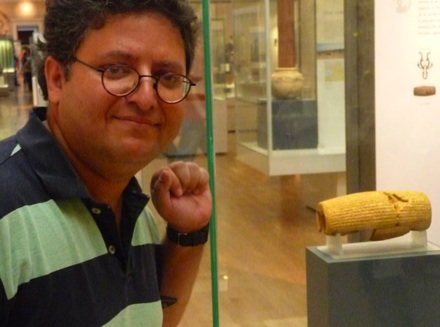 Iranian people have endured a lot of injustice since the Arabs invasion and even before. As we were installed in the intersection between different cultures, our civilization was been jealous since our past greatness was subject to challenge.

We created a new religion, adapted our culture and language in order to preserve our identity.

The system we created to counter Arab domination had reached its maturity after more than 1000 years of support and devotion. This system had become a part of our minds and the revolution that happened 30 years ago and in which religious took the power was in the order of things and perfectly predictable: After the baby boom euphoria, the American style of life had become a standard followed by many countries. This way of life, though giddy, was not adapted to our culture. In my view, the mistake of the former Shah was that he wanted to modernize our society by directly imposing this style of life trespassing our beliefs.

This system became a cancerous tumor by devastating the society which created it. Another matter of fact is that since now all invasions were external and we succeeded to our enemies by our self-adaptation and our natural endurance. But now things are different, the system has become more savage than ever. It represses any objections heartlessly and its obsession is its self-preservation. The two solutions we repeatedly hear now is either a foreign attack or a switch in the regime ideology. The first solution would be disastrous as it would legitimize the hard faction slogans inside the system and people would pay as usual for the causalities. The second solution might not be understood as the continuation of this Islamic regime over the Iranian society but as the possibility that we would get democracy one day. My obsession, as many other compatriots like General Rohani is how? I agree with the general that people inside have to find the force to curb the regime. But, the ignition point has to come from us, Iranians living abroad. We represent a real force, we have to unify our voice and give iranians inside the hope that there is a way to fight. No matter, if we are royalist, democrat or whatever, just let make a front. Our chance is the age in which we live, telecommunication systems like internet makes it so easy to be heard. If we don’t succeed what do you think that people inside can do? Let begin by now, if we move we can create a butterfly effect which would flood the archaic ideology ruling us.