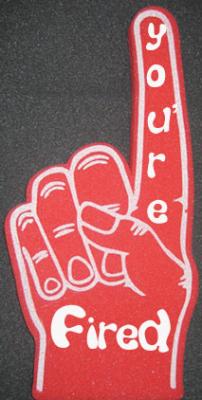 Unemployment is, undoubtedly, the most damaging economic problem. The latest unemployment statistics, published a few days ago, are obviously the reflection of the dismal economic condition that continues to inflict heavy damages on the business firms as well as on the American households. The annualized rate of unemployment rose from 6.1 in September to 6.5 percent for the month of October according to Bureau of Labor Statistics, BLS. Although a meager 0.4% increase does not sound that much mathematically, however, when it comes to unemployment rate for a large country like the United States , even a small increase of 0.4% represents a huge number. It simply shows an increase of 603,000 unemployed individuals.

As far as the causes of unemployment are concerned, the main culprit is economic recession. Hurt by resilient economic downturn in recent years, the US industries have been forced to downsize and lay off workers.  According to BLS the cumulative job losses for the month of October are nearly 249,000; construction industry 49000, manufacturing 90,000, and services combined 108,000. Government itself was forced to cut the number of jobs by 23, 000.

Some of the jobs are lost temporarily because of cyclical and seasonal factors such as change in weather, holidays, summer, etc. Unemployment is sometimes due to frictional causes such as continual movement of people between regions and jobs or going through different stages of their life cycle. People are always changing job, looking for the first job or having difficulties in finding a suitable job or unwilling to relocate. This kind of unemployment poses no serious threat to the economy since its causes can be dealt with effectively through job training programs and other practicable remedies. Therefore, the laid off workers have a chance of returning to work

On the other hand, the types of unemployment that result from permanent elimination of jobs are far more serious thus create deep distortionary effects for the economy. They are often created by change in the technology of production making someone’s job obsolete, the replacement of a an auto worker by a robot, or introduction of new product making the old ones outdated. Likewise, restrictive changes in labor laws and regulations – high minimum wage – tend to drive low-productivity workers into unemployment.

We have also lost many jobs in the US in recent years because of shifting production and services overseas something that president elect Obama is vehemently opposed to and wants to stop it through tax incentives. These are the kinds of unemployment that produce profound monetary costs in form of loss of output and income for the economy and loss of tax revenue for government. However, their exact costs extend well beyond monetary loss. There are spiral effects as well as psychological and social costs related to such unemployment.

Like other economic problems, unemployment cannot be totally eliminated. Therefore, it is going to be always with us. The best government can do is to minimize its severity through prudent economic policies.