Valnetines day and it’s not so loving history. 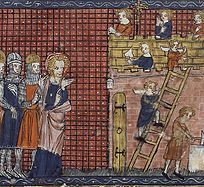 It seems almost every culture in the world has a day when they celebrate Love. Christians celebrate ‘valentines day’ or ’san valentine’ in Spain and in Portuegal it’s boyfriend/girlfriend day “Dia dos Namorados.

Asia has it’s own special day for love and the Singaporeans, Chinese and Koreans spend the most money on gifts than any where else in the world. In Korea, the 14th day of every month is designated for some display of love and affection and the giving of a gift in celebration of love: wine day, hug day, black day, kiss day…..

In Iranian culture, Sepandarmazgan the 29th Bahman is the day for love and earth. In Saudi the day is banned as it’s considered part of western culture but is still observed by some.

Central and south America celebrate days of love and friends and it’s common practice to do something for a friend and in Venezuela they have a whole week dedicated to love! In Brazil, the day is seen as a day of sex and debauchery by many and falls somewhere between February and March.

In European culture Valentines day can be traced back to Paris 1440. The day was given over to court hearings involving love contracts, betrayals and violence against women. Judges were selected by women for the eloquence of their poetry reading!

Saint Valentine himself was a roman priest and one of many christian martyrs. The Catholic church used to recognise 7 days of rememberence or love but the only one of these to have been buried on the 14th February was an unknown martyr. The name ‘valentine’ is derived from ‘valens’ and literally means ‘worthy’. Allegedly saint valentine was arrested for marrying christian couples which was forbidden under the reign of Claudius 11. Poor chap was eventually beheaded when he failed to die after a beating with clubs and stoned.

PrevPreviouspictory: Shah with King and Queen of Holland (1959)
NextCampaign Iran on How to Solve a Rodent ProblemNext