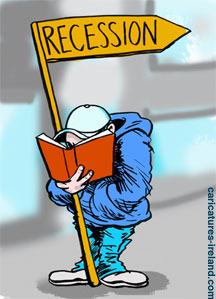 1) Move to a third world country and come back when things improve
This is by far the best way to improve your financial situation. You can move to a country with a maid who will cook and clean for you all for the price of renting out your apartment. If you do not have an apartment you can work as a maid or cleaner in a developing country. The fact that you speak English and know the difference between wipe and smear will stand you in good stead. Too many cleaners in third world countries smudge rather than blitz. There is of course a moral issue – what happens to the native workers if we go getting their jobs? Screw them. How many third world people have come to the West over the years and taken our jobs here? It’s payback time. In fact, the heads of our multinational corporations and financial institutions and all the jumped-up car salesmen who sell us debt for a living should be forced into labour in third world countries. Imagine the enthusiasm with which bright call centre staff in Mumbai and Manila would step into the shoes of bosses, whose flashy cars run on both petrol and cheap labour. The cleaners of the third world should be dispatched to wipe away the tears of our bankers. Their optimism is just what our depressed markets need.

2) Stop eating
A sure and effective way to keep expenses down. You will start to feel it after a few hours or days but eventually hunger will consume you and revolution will beckon. We are only a meal away from a revolution as the saying goes, so let’s skip lunch. Starving ourselves will prompt us to take action against the ruling class while saving us money at the supermarket.

Monday
Breakfast: Half a slice of toast.
Lunch: One baked bean.
Dinner: The other half of toast with butter.

If you keep to this diet you will voluntarily strive for starvation within hours.

3. Stop buying presents for children
It’s harsh but it is a disservice to keep the horrors of today’s economic malaise away from our children. If they are to make a better tomorrow we better let them know now that things have gone wrong. So, no video games, no toys, no sweets and no trips to the fairground. Nothing is fair in today’s world and we cannot delude children into thinking that Mickey Mouse is not the friendly face of capitalism any more than we, as adults, can delude ourselves into thinking the same of Mr Obama. Sorry children, all we have to offer you is love, you can take it to leave it but it can no longer be expressed in consumerist terms. In fact, we love you so much we are going to burn all your toys. Toys are definitely not us. They ascribe and reinforce gender roles and frankly, there’s too much shooting going on for young boys in the market even now. Call me Madonna but I never adopted a little black boy from Malawi and the woman does get some things right (she was at one point married to Sean Penn, for instance).

4) Marry Sean Penn
Now this is tricky but he has got a bob or two on him and he is a liberal and not a cock like Bono or Bob Geldof. I don’t know about his marital status and in fact would not marry someone for their money, nor further would I marry a bloke but I think if you would marry a bloke for money then he is your man. The problem is there is only one of him but if you’re willing to share anything is possible. He did get a boat and paddle his way around the mess Katrina left in New Orleans.

5) Stop drinking
One industry that is recession-proof is alcohol because depressed people will not think twice about turning to drink. Research suggests the best thing for men to do is take up knitting. Knitting is the one of the last gender no-go areas for men. We would rather learn how to operate the washing machine than to knit. Men taking to knitting needles will be acupuncture to the meridians of the planet and will result in the millions of jumpers the world needs to stay warm in the ice age. While we me may fear looking silly knitting away on public transport, the fact remains it’s far less cool to be caught drunk, puking in a corner of a subway train, pretending to be both invisible and inodorous, before walking home without your shoes.

6) Write a self-help book
We are not far from a society largely comprised of self-help authors. Take JK Rowling. What is Harry Potter if not a self-help hero? In reality, leaping into platform 9¾ on a UK railway station will land you in a Burger King or Cornish pasty stand but for Harry Potter it’s another world. So, go on, run into the brick wall of publishing a self-help book. Apparently, it only takes Paulo Coelho a couple of minutes to write his novels. It may take you a couple of days but you may have the same runaway success as The Alchemist.

7) Work for Press TV
Funded by the Islamic Republic of Iran, Press TV is a safe bet if you want to sell your soul in exchange for a secure if mediocre career in the media. British MP George Galloway and the journalist Andrew Gilligan and Tony Blair’s sister-in-law Lauren Booth are among the assortment of donkeys who either don’t know that the channel is the English-language propaganda arm of Iran’s Islamic government or, worse, don’t care, and collaborate with Darth Vader. Depress TV, more like but it’s there.

8) Sex
Definitely helps you through the dark days but if you don’t have a partner, worry not. Yoga is at hand. In a yoga class you’ll meet plenty of single people who might be in the same boat as you who might also be in the market for a date. A good opener is: “Ooo, that painful stretching and deep breathing does away with the urge for sex, don’t you find?” If you happen to be in New York City on a Friday night, go to the Whole Foods on Union Square. The lines there are heaving with people brandishing organic baguettes and wholemeal chicken and rather hip women who take their hamster-sized dogs for walks in their handbags. Good opener: “I’ve lost my wookie, in case you see him around – tall thing.”