Stop begging US to save us ! 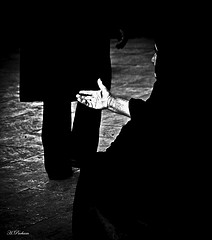 I have recently noticed many articles in Iranian.com and other sites written by Iranians who emotionally question Obama’s policy of direct negotiation and recognition of the Islamic Republic Government in Iran.

The fact that this group seem to ignore is that the Islamic Republic IS the current government of Iran and until they rule, AND IRANIANS THEMSELVES ALLOW THAT, by international standards other governments have no option but to negotiate and work with them directly. Yet the officials of other governments can exercise their rights to question any HUMAN rights violations directly or through United Nations and other channels.

United States is no exception to these accepted international norms, unless those who want more intervention in affairs of Iran, also support the previous nation building and intervention policies of United States in the affairs of other countries such as US involvement in the 1953 coup in Iran.

In fact policy of less hostility with the Islamic Republic is best for Iranians as a whole because for the first time they will be faced with the reality that other countries and their leader first and foremost are responsible for their own interest and well being and not necessarily the interest of others or Iranians. That is at least what the leaders of the democratic nations get elected for!

We Iranians should start looking within instead of holding our hands out, begging others to save us !

President Obama was elected to do what is best for Americans and indeed it is best for America to follow a peaceful path with the rest of the world especially Islamic Nations versus the previous bully and aggressive policies which usually had anything to do with America’s interest in human rights or interests of other nations.

The current regime in Iran in the past 30 years has been feeding off and staying in power by directing Iranian public towards self-created hostilities with the rest of the world and especially USA and Israel . They still shout death to America and Israel every week , they continued a war with Iraq that could have been avoided to begin with, they took American diplomats Hostages, they have been supporting Hezbollah and Hamas, they have created frictions in Hajj and Mecca, caused internal conflicts in Iraq and have tried to become a nuclear power in hiding and the LONG list continues…

When US and other nations avoid a hostile policy towards the current regime, in fact they remove the most effective tool that the Islamic Regime has been using in the past 30 years. They take away the reasons that Islamic Republic keep trying to find in order to distract Iranians from internal issues such as the fragile economy, corruption, unemployment, human rights violations, drug addictions, prostitution and so on…

Not that the Islamic Regime can not create its own hostile shows as they often have, but not giving them new reasons to do so and in fact acknowledging that US and others are willing to coexist with them (as long as they are the ruling regime) puts the ball in the court of the Islamic Regime to convince the Iranian and Muslims in general of continuation of their radicalism OR Islamic regime will also have to take a more moderate approach which with their current economic situation they may have to do so anyway.

After all the current economic recession which started with US has directly effected the government in Iran who is facing the reality that in today’s global economy the “death” of America in fact will also translate to their own economic fall ! Therefore slogans aside, the well established and rich Ayatollahs of today and their gangs no longer can AFFORD to remain as aggressive if they wish to continue to gain millions of dollars of wealth as they have accumulated in the past 30 years.

A more moderate atmosphere internally and internationally has always been the best environment for Iranians and the rest of the nations for paying attention to their REAL internal issues while the aggressive and hostile circumstances have always played in to the hands of the war mongers of ALL sides who seek their own profit and existence in creation of frictions among governments and nations.

As for Barack Hussein Obama, indeed the president of United States has a lot of mending to do with the rest of the world and it is time for US to act like any other government and nation in the world and treat others EQUALLY and with RESPECT instead of attempting to continue to police and bully the world. This also is in the best interest of USA who is buried in trillions of dollars of debt and no longer can afford to have its forces all around the world to protect the benefits of the few in the name of US national interest. A more peaceful America is what Obama promised in his campaigns and that is what the majority of Americans voted for or they would have picked McCain instead!

It is also time for Iranians to let the emotions aside and look at the surrounding world more realistically and to start doing own dirty work which is getting rid of the Islamic Regime in Iran.

We are the only ones who can save us from ourselves.