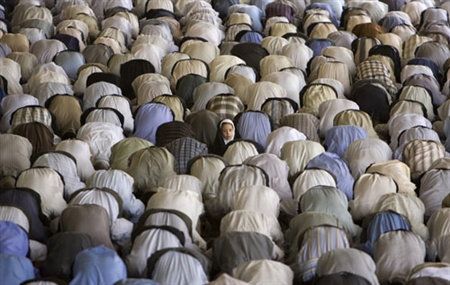 I was (rather bravely) going to attempt to write a blog on the structural causes for the lack of democracy in Iran, but then I came across this letter from Ellie & Ardeshir in Shiraz, and read through a particularly acrimonious and at times quite humorous set of comments. Then I realised that I could not easily fit into any of the 2 opposing camps there.

Yes, Ellie & Ardeshir sound ecstatic about being back home. But then I know I wouldn’t go back just yet. And I know exactly why.

I was there for around 3 years in the mid-90s. I had gone back to see if I could live there for the first time since my parents took us to England in 1978. Nothing political about my family. We just happened to leave before the waves of mass emigration started. I didn’t even have a clue that a revolution was coming! But then just less than 20 years later, there I was back ‘home’. But exile does things to your perception.

It looked totally oppressive. But everyone told me that things were much better than a few years earlier. Still, you had to dress this way and not that. Walk this way and not that. Look serious and unhappy in public or get ready to pay the price. Don’t trust this or that. Answer to stupid basiji thugs, and respectfully too! Don’t talk this way, and certainly don’t write anything that would actually make a difference. And for heaven’s sake shut up about being an atheist. Islam, islam, islam. Hands up: tasleem. And then there was that month when all of this became so exaggerated and unbearable that you weren’t even allowed to drink water in daylight without expecting some kind of punishment, however mild: yes, that ugly stupid month of Ramezan.

No I don’t mean to insult our religious readers here. I honestly respect other people’s spiritual beliefs, but why force me to follow others’ beliefs in my own ‘home’? Oh I know. It’s been going on for centuries. Not the regime’s fault really. That is true. I know. But exile does things to your level of tolerance for ‘your own’ tradition.

Of course the upside was there too. Just like Ellie & Ardeshir in Shiraz , I loved it too. The warmth, colours, aroma and feel of ‘home’. The long lost mass of family all over the country and their love. Shomal, Skiing, Darband, Kolak Chal, Chaqaleh badoom, Laboo, Esfehan, Gorgan, Yazd, Shiraz, Kish… that incredible and energetic sense of humour. Grandma’s tomb. Father’s home village. Cousins who had abruptly transformed into parents with spouses I had never met. Shared heritage.

But I had to leave despite a decent job and a loving family and Khatami’s election and all the genuine optimism around it. The reason? Suffocation. The same sense of ‘justice’ and ‘inalienable rights’ that makes Iran stand up to imperialism so well. I could not stand not being myself anymore. Over the three-year period, I realised more and more that I would probably end up in prison if I did not leave because I would have had to stand up to the system eventually, but there weren’t enough of us who wanted the same.

From there I embarked on a career that took me to many countries. No point being bitter with a system that reflects longstanding traditions. And from what I have seen through the years, Iran is far from being the worst case around. On the contrary, it has a bright future. It just takes time.