Plan A or B in Order To Save Persia 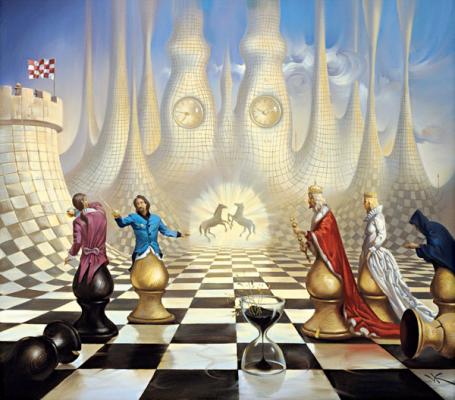 (Plan A) My fellow Persians,
We need more Soldiers. We have Reza Pahlavi if he steps forward and should he choose or banned from stepping forward in order to Free our Country from Islamic Republic, we then have an Option of Choosing a new King/Queen.

N.B. No Superpower (Global or regional) can Afford to be Checkmated or there will be World War III or at the minimum a World Financial Crisis sush as what we see today.

(Plan B) Dear Beloved Persians,
My personal opinion is to have a Secular Constitutional Monarchy in Persia, since Persia started as a Monarchy 2500 years ago and should continue to be a Monarchy in 21st century and beyond.

The next Monarchist and Prime Minster could Be chosen by the people not by our foreign friends.

The Prime Minister and the Parliament will rule the Secular Country and the Monarchist will not interfere in Politics. The Monarchist will also get a small salary and will be used to Unite people and remind them of their glorious past prior to Islam.

We also need to establish a Persian Lobby in USA in order to influence the US Congress and their foreign policies just like the Jewish lobby (AIPAC).

N.B. This should have been Done 30 years ago but it is still not too late and we all need to pay out of our pocket to establish this lobby asap. Let us please compromise in our differences and become part of the chain of saving our people from the misery they go through today. Europeans learned hundred of years ago not to mix politics with religion, the lesson Persians are still learning today.

Hence maybe on the bright side Islamic Republic did do some good for us Persians whom have Forgotten their past and glorious history and that is to establish a new Secular Constitutional Monarchy with representative parliamentary system in Iran.

Lets talk now about some of the solutions to Save our Country :

1) I believe educating people with their Past and their History (Prior to Arab Invasion 642 AD) is one of the keys to destroy Mullahs in Persia.

2) Sign a petition and write Many letters to US Congress, UK, G20 Parliaments asking them to to stop interfering in our Country`s internal affairs letting Us the People choose our Next Government inside Persia.

3) Its is utmost important for Persia & Israel to become Once Again the Closest allies in Middle East.

Israel also Owes us a big one as if wasn`t because of Cyrus the Great freeing Jews from Babylon there would be no single Jew alive Today.
Cyrus the Great indeed had some Jewish blood and Wisdom.

4) Establish a Good relationship with Jewish lobby (AIPAC).
Let it be Written today that the Sleeping lions have Awaken.

Cyrus the Great once said: Either we will take over the world and become king of kings or else the world will take us over and make us their Slaves, hence he decided to take the World in a Humble fashion.

(Plan D-Z) Should something go wrong with the Above plans.