Do IRANIANS have the TEMPERAMENT for Democracy ??? 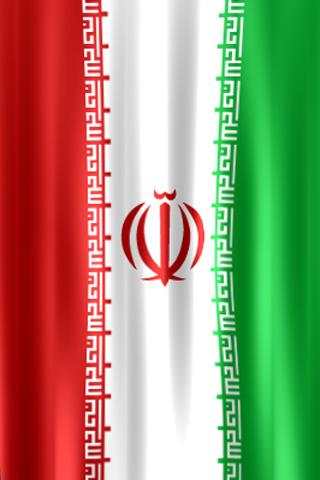 we’ve all seen the mask of the regime fall the past few weeks. and seen it’s true nature.  And so the talk is lite ablaze with Democracy in Iran and marching towards that beautiful dream.  Now my question is for everyone here can you handle Democracy ??? i mean sit back for 20 seconds and think what that really means. take a private moment and reflect—do you have the temperament ??  the past week i’ve read some rosey sugar sweet sentences. and after reading it awhile it makes you wanna drool !

“everyone has a say in democracy.” ” all iranians will have their thoughts and input in a democractic governement.” ” there will be free speech for all”  ” no one going to jail for producing a movie that is critical of it’s president or government” ” people will be free to say as they please, dress any way they please, write freely to their hearts content and live life in perfect absolute freedom in Iran”

that sounds so nice huh ?? so nice and peachy it makes you wanna get up and dance right there in the room huh? …i bet it does.

so now let me ask allllll the different walks of life of iranians on this site a Question.

Do you have the temperament ??

You are a Monarchist. You love the Shah and hate Khomeini with a vengeance. very well. that is fine and good but can you tolerate a democractic iran that allows iranians to observe and pay their respect to the Shrine of Khomeini?? can you be civil and respectful of a democractic government in iran that names a public plaza or a square after khomeini without defacing that plaza or breaking the windows of shops that are in that Khomeini plaza ?? even though you think Khomeini was Hitler

You are a Communist Iranian. You hate the Shah. alrighty… no problems. but can you tolerate a democractic iran that gives a National Holiday for the Monarchasits. i don’t know let’s call it “Shah Day” . a national holiday in iran that allll the banks are closed… allll the schools are closed…. alllll the government agencies close.  And people come out to the beach or parks have picnics, BBQ and share pastries in celebration of Shah Pahalvi’s Birthday.  Can you behave civil and let them have their picnic without attacking them ?? Can you be respectful of their thinking/point of view and let them enjoy their Holiday in peace ?? even though u think the Shah was Stalin

Your an Iranian Nationalist. You think the Iranians pure-blood are the Best in everything and anything. sweet!! that’s great thinking !!! but can you be respectful and civil of a building erected or a city square named after a great important Kurd ??? someone that alll the iranians kurds love very much. in fact let’s say the government paints that personage on the NEW DEMOCRACTIC IRAN CURRENCY . or maybe the government gives a National Parade for the Kurds in the Capital with full television coverage for Kurds to celebrate their heritage.  Can you be civil and respecful of kurds to have their parade , their fireworks at the beaches and celebrate being a Kurd ???

Your an Observant Practicing Religious Shia. You think Bahais are deviants from Islam and are heretics. alright. that’s perfectly fine but can you be Civil and Respecful of a Democractic Iran that gives 2 national holidays to Bahais. one national holiday for Bahaullah’s birthday and the other holiday for his passing. For example, let’s take Holiday #2 ….Can you Shias be respectful and Civil of a Democractic Iranian Government that gives permits for the Bahais to come out in droves to public squares to mourn the passing of Bahullah with a candle vigil ???

TAKE A MOMENT AND REFLECT. I KNOW SOMETIMES IRANIANS ACT ON A WHIM AND ARE EMOTIONAL REACTIONARIES.  BUT TRULY THINK !!!!!

me personally, my background, is from a religious observing shia family. born and raised in california. been to iran once when i was 12 yrs old. i have 0.00 family there as of today. living in los angeles my family have had their share of battles with Monarchists in constant demonstrations and counter demontrations at the federal building here in westwood. i remember being a kid and seeing my mom resting near the shades’s of a tree at a Anti-Shah Rally and being kicked by a monarchist male who was part of a pro- shah rally across the busy westwood intersection. so goes without saying for great part of my life i grew up hating the shah and alll the monarchists that hang upon his every word.  BUUUT, born/raised in a democractic government i developed later as i got into college an EMOTIONAL INTELLIGENCE to tolerate and be civil with people who will say hurtful things. To be respectful of people no matter how outragous and oppressive their opinions may be to my point of view. Democracy, in my opinion, for it to last / flourish requires a Strong Temperament of Patience, Civility, and Tolerance.  no matter how bizarre and or oppressive that opinion may be to our eyes.

QUESTION NOW IS —- DO YOU IRANIANS , BORN AND RAISED IN IRAN, HAVE THAT TEMPERAMENT FOR DEMOCRACY !!???????