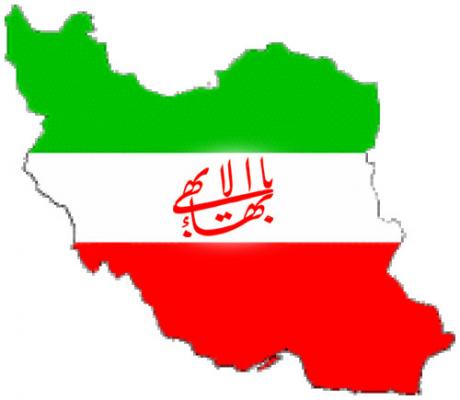 Baha’ism has set forth a system of civil government. Claiming to be a revelation from God, it has enunciated the laws and regulations of the future State. It approves of constitutional monarchy as the best form of government, and permits republics. But this monarchy will be limited not so much by its constitution as by the law of Baha’ism and its hierarchy. Baha, in the “Kitab-ul-Akdas,” the Book of Laws, directs that Baitul Adl, houses of justice, be established in every place, with nine or more members, all Baha’i men, who shall be Trustees of the Merciful, Administrators for God. In the thirteenth, of the “Glad Tidings” he says:

“The affairs of the people are placed in charge of the men of the House of Justice. They are daysprings of command (divine agents, representatives of God). They may execute what they deem advisable. It is incumbent upon all to obey them. Their souls will be inspired with divine aspiration. God will inspire them with what He willeth.”

With them will lie the interpretation of points of doctrine. They must decree and judge according to Baha’i revelation. “They must gaze day and night towards that which hath been revealed from the horizon of the Supreme Pen.” They shall rule by divine right. Their authority shall be absolute. Abdul Baha restates the words of Baha: [n 1 “The House of Justice must be obeyed in all things.” “It is the centre of true government.” “The Law of God will be invested in them, and they will render decisions.” “All judgment will be from the standpoint of God’s laws.” “Its decisions and commands will be guarded from mistake. It will have conferred upon it infallibility.” The House of Justice will have local councils, national ones, and an international one. Of the latter, Abdul Baha said in an address in New York:

“A universal or world House of Justice shall be organized. That which it orders shall be the Truth in explaining the commands of Baha’u’llah and shall be obeyed by all. All men shall be under its supervision.”

Its functions are not confined to matters of faith, for Abdul Baha continues: “The House of Justice is endowed with a political as well as a religious aspect.

It embodies both aspects, and is protected by the preserving power of Baha’u’llah himself.” In the political aspect it will be supreme. “The separation of the Religion and the State can only be temporary,” says Dreyfus, “a momentary stage. For the present the two spheres are separate. When Baha’ism triumphs they will be united.” “The House of Justice will have under its control almost the whole administration, and naturally will take the place of our municipal councils. Such has been Baha Ullah’s intention. Further he clearly aims not only at a municipal House of Justice, but also at a legislative one, sitting as a national parliament and as an international tribunal.” Remember that all the members are to be Baha’is. So Remey says, “There will be a union of Religion and the State — the governments of the nations. The material laws of men will be founded and enforced according to” Baha’ism. In this politico-religious regime, the political will be subject to the religious. “The kings and rulers of the world,” says Abdul Baha, “will find their true authority under the rulings of the House of Justice. It will decide between kings and kings.” Baha addressed letters to kings with arrogant assumption of authority to control the civil powers.

The Houses of Justice will have large financial powers. They shall inherit all property of those dying without heirs, and one-third of that of those dying childless. One-third of all fines for crimes shall go to them. For example, in case of murder, two-thirds of the blood money shall go to the family of the murdered and one-third to the House of Justice. A tithe of nineteen-hundredths shall be given into their hands. They shall act as trustees for minors and incapables, and as a Poor Board.

They shall have civil jurisdiction, “to settle material difficulties between believers,” for the protection of men, for the preservation of human honour. “If any man refuses to educate his children, the House of Justice shall do it at his expense,” and “shall order all the negligent to pay” and use police powers to enforce it.

They must also interpret and administer criminal law, for Baha has “revealed” a code of laws and regulations concerning material as well as spiritual things. Abdul Baha says, “The revelations of Baha’u’llah contain all the great laws of social government.” “The laws cover all points and questions of national administration.” For example, in the “Kitab-ul-Akdas,” the punishment for theft is prescribed: for the first offense, exile; for the second, imprisonment; for the third, branding “thief” on the forehead, “lest other countries accept him.” For adultery a fine is to be paid to the House of Justice,

and for the second offense, double of the fine. Arson is made punishable by burning, etc. This fiat legislation of Baha’u’llah is to be imposed upon the parliaments of all nations. “All legislative and administrative functions,” says Dreyfus, “shall assume a sacred character” under the control of the Baha’i House of Justice.

In brief, Baha’ism would set up in each town, in every country, ruling councils, and a central one universal in its sway, composed entirely of Baha’is, clothed with supreme authority, because God-given, over kings, parliaments, and peoples; councils infallible and absolute, superior to appeal or protest; deciding and exacting obedience in every department of the life of humanity — religious, domestic, social, educational, financial, judicial, and political. It would be not an imperium in imperia, but an Empire over all. It would be a priestcraft [2] such as the world has not yet seen–a religious-political regime in which kings and presidents will go not to Canossa but to Acca, and alike hold the stirrups of Baha’i justices, and laws of parliaments will be subject to revision and veto by the Baha’i House. In it is the certainty of priestly oppression when fallible men set up their judgment as God’s. The Baha’is claim to have no priests and no hierarchy. It is a question of names. Their system and laws contain the real thing, full-fledged, men mediating God’s will. We may call it a Baha’iarchy, if they prefer.

Abdul Baha, recognizing the objections that will be made to the political functions of the Baha’i justices, and foreseeing difficulty with Governments, has, for the time being, directed that in America and Europe the name “House of Spirituality” or “House of Consultation” be used. But change of name does not alter the reality or change the “revelation” of Baha. The House of Justice (central) is to be set up when Abdul Baha dies, and it will assume its functions gradually as opportunity and expediency demand. Already orders have gone forth prohibiting the interpretation of the words of Baha or personal expositions of them. Already the fiat has interdicted the publication, by a Baha’i, of a tract, book, or translation on the Baha’i religion without submitting it to the censor at Acca.

The effect of the working of the Baha’i system may be realized by imagining it as set up in Persia. Suppose, for example, that the small minority of Baha’is now in Persia should become a majority, with a Baha’i Shah. Baha’ism would become the established religion. “Houses of Justice” would come into operation. What of those who remain Moslems and Christians? Fortunately Baha has abolished the law of the Bab that required their expulsion from the chief provinces of Persia and the confiscation of their property. But either the other religions must be judged by Baha’i courts, or separate courts must be set up for them. This would perpetuate the double system of courts, the urfi or civil and the shari or religio-civil courts. The latter would be entirely Baha’i and either lording it over or in conflict with the civil administration. This would be a continuation of the present confusion of Persian conditions, only with the Baha’is in control. What might the minority expect? The oppressions and anathemas received by the old Baha’is from the followers of Abdul Baha Abbas give the answer. Fortunately for the world, the universal reign of Baha’ism is not to be realized, neither is the prophecy of Abdul Baha to be fulfilled which says “that the flag of Baha’u’llah will overcome every other flag and all rulers will do homage to it.”