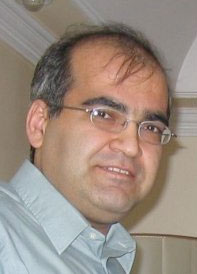 Bijan Khajehpour Khoei, a highly respected independent Iranian business and economic consultant, was arrested on Saturday 27 June 2009 when returning from a trip to Vienna and London.  During his brief trip abroad, he spoke at the chamber of commerce/ trade commission in Vienna and met the Iran British Business Chamber in London to support Iranian business and to encourage foreign investment in Iran.

To date, Bijan’s whereabouts are unknown. It is also unknown who has taken him and why.

Bijan is the founder of the strategic business consultancy Atieh Bahar Consulting, which he started in 1993. In his two decades of activities in Iran, Bijan has been instrumental in creating jobs for Iranians through his different business activities, attracting foreign investment to Iran and advising domestic and international companies on the economic and investment climate and opportunities in Iran. Although based in Tehran, Bijan has remained closely attached, both personally and professionally to his hometown Khoei situated in Azerbaijan province which he visits regularly for family reasons and in the development of new businesses.

Known to his friends, employees and business partners for his tolerant and humanitarian views, Bijan is also extensively involved in charitable, cultural and scholastic endeavors. He has supported numerous students and sports youth to better their career options. He is also the CEO of the Science and Arts Foundation, which is a well known charitable organisation aimed at empowering the knowledge base of Iranian youth and enhance their computer literacy and knowledge.

Bijan’s wife, two young daughters, family and friends are very concerned about his health as he is a diabetic on strict medication and diet. Bijan holds a DBA in International Management from the International School of Management in Paris.