We will never be silent 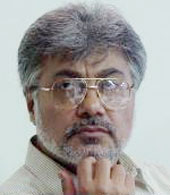 I am Mehdi Saharkhiz, Proud son of the journalist and political activist Isa Saharkhiz.  He is in jail for speaking his mind in opposition to the dictators that hijacked the elections in Iran. He was kidnapped in a way that his ribs were broken, he is kept in solitary confinement in an undisclosed location. My dad dedicated his life in order to depose the Shah and help with the establishment of the Islamic Republic of Iran—a republic that was supposed to be free and respect peoples’ votes, voices, and opinions. My father spent years fighting Saddam whom had illegally entered Iran’s sovereign land and imposed a war against the Iranian people. He fought alongside his brother, my uncle, Saeed who was eventually killed in the war, and millions of other brave Iranians. He fought for my rights. He fought for the rights of Iranians. They rewarded him by putting him behind bars in solitary confinement.

In his post-election press-conference, Ahmadinejad said “We have close to absolute freedom in Iran” and he called upon Western powers to learn from the democracy in Iran. He forgot to explain, however, how his democracy manifests itself.  He did not explain how his great vision of democracy includes breaking into an opposition publishing house, taking books and other materials and vandalizing the place.  Nowhere in his speech did he explain the freedom and democracy involved when four huge men walk up to a home and threaten to break in when the occupant, a terrified 19-year-old girl, says she is home alone.  Mr. Ahamdinejad, is this your democracy that destroyed my father’s publishing house?  Is this your freedom that terrorized my sister?  For them, I must not and cannot be silent.

Perhaps your so called “freedom” is clearly shown when a general warrant is only shown to a few of those arrested?  Or is it shown clearer still when they are arrested without warrant, without cause? When their only crime is standing up and speaking up in the name of true freedom and true democracy.  In the name of freedom and democracy, we must not be silent.

By now, we all know Neda.  The story and images of how she lived and how she was murdered. While Ahmadidnejad insists that the “foreign enemy” took aim at her heart and fired at her;  the private militia “Basij”  ID card of her killer has been confirmed by the Dr. who tried to help her as she took her last breath. The Basij are supposed to protect people but instead they are firing at defenseless freedom-seeking Iranians. If truly it was the foreigners who killed Neda, why then does the government force all mosques to cancel her funeral service?  For an INNOCENT soul, we must not be SILENT.

And what of Sohrab?  He was gone for 26 days; his mother begged the authorities to tell her about his son’s whereabouts. The attorney general’s office told her that her son is in Evin. After 26 days, Sohrab’s family was told that Sohrab had died. He was shot in the heart. He was later found alongside so many others who had been murdered.  He was the lucky one … because he was identified.  His family could at least know what had become of him.  What was HIS crime?  Was he also shot by foreigners?  If so, why were the attendees told to be silent or the funeral would be canceled?  In their name … in the name of Sohrab … we must never be silent.

Ahmadinejad, the price paid for your “absolute freedom” has been extremely high, and it keeps going higher.  The list of people killed keeps getting longer.  Were they all killed by foreigners?  Aren’t you the one responsible for protecting our country from invaders, for keeping our borders safe?  How is it, then, that these foreigners can walk around our country holding guns?  No one in the world believes your lies anymore. We all know Iranians are being beaten and murdered under your orders and those that support you.  The only foreigners are the ones you trained (as confirmed by one of your commanders) and brought into Iran to be more ruthless than your homegrown thugs.

Tell me, has one of your children ever been hit with a baton?  Have they been arrested?  Tortured?  Have you felt the pain of a mother crying over her son’s body, or the tears of a father who will never see his daughter in a wedding gown?  For the tears, for the pain, for our fathers, mothers, and even YOUR children, we will never be silent.

I only feel your so-called freedom when I open a government-backed newspaper or watch the state TV.  Much like your government, they accuse anyone of absolutely anything based upon lies and fabrications, mostly in the name of religion.  They attack even the highest seats of government, including past Presidents and Prime Ministers.  This absolute freedom only extends to your supporters.  Any publications or media that has even the faintest scent of opposition will have their every line scrutinized by your censors, their pages torn or printed white.  If only these blank pages could be filled with the truth, with the tweets, emails and facebook posts from our people, the Iranian people could finally read the truth of what is going on in their own country.

Your puppet media can only come from someone with nothing better to do than to blame other countries for any and all of Iran’s ills.  The mark of a true dictator, trying to deflect criticism by blaming outside influences. However, I understand why you deny the most heinous dictators … you see too much of yourself in them.  In truth, though, you might have found a way to take heinous to an even deeper level. You have inflicted these atrocities on your own people, on your own religion.

Ahmadinejad, your claims of freedom are hollow. Just like your claim of the halo of light that was around you during your speech at the UN.  Iranians and the world sees you for what you are—a dictator—and you cannot lead a democracy as a dictator.  For any democracy, you need the people.  When you torture and kill the people, they will not be with you but will stand up and oppose you, and the only outcome is your downfall.  You and those who support you must step aside … like all the dictators before you, you WILL be swept away like “dirt and dust”. (Khas o Khashak)

Today millions of people all across the world stand by us. They stand with Iran and its people against murder, against oppression, and against dictatorship. Until my father is free, until my sister is no longer afraid, until all Iranians are FREE and can stand up with us in freedom and without fear, we will never be silent.  We are all together, and the “world is watching.”