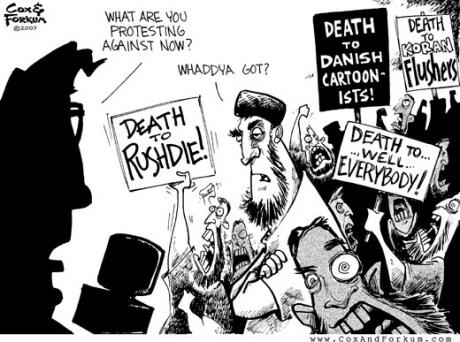 A rather dense article of mine (in Persian) is now published on this site:

I would like to give an outline of the main themes of this piece here.

The article’s title can be thought of as a translation of the English term “religious harassment”. In the above piece, I have tried to identify and isolate a concept and then use that concept to shed light on an important, omnipresent problem in Iranian society and culture that has not been dealt with before, to the best of my knowledge, in quite the same fashion. A Persian term is coined to refer to this concept and the resulting widespread problem that is so much part of our culture that is way too often taken for granted.

To clarify my ideas, various aspects of this problem have been discussed and a few important examples from a wide spectrum of this practice were listed. Religious harassment covers a wide range of practices.  To give two examples from the opposite ends of this spectrum, one can cite the awkward atmosphere that is felt while religious and non-religious Iranians get together in a small semi-personal space, such as offices or gathering of relatives. In more explicit forms of this example, certain religiously sanctioned restrictions are imposed (such as women’s hijab) aimed at making the less religious individuals uneasy. This of course is a mild form of religious harassment, while “punishing” (in any way, shape, or form; e.g. killing) or even threatening to punish “the Other” simply because they do not believe in the religious dogma or do not act and behave in a way that is consistent with the teachings of mullahs belongs to the harsher end of this spectrum.

It is then pointed out that while religious harassment had been more or less in check in Iran during the Pahlavis’ era it has found a new life after the 1979 revolution. The fact that religious harassment has been nurtured, encouraged, and institutionalized by the Islamic regime since its inception has been briefly discussed, but certainly needs to be expounded upon further.

It is then shown that one can easily approach the questions of justice, freedom, tolerance, etc. from this particular point of view, that is, via the concept of “religious harassment”. It is not claimed that uprooting religious harassment will be tantamount to FULLY establishing justice and freedom in Iran. However, it is shown that a great host of ills of Iranian society can be easily explained by means of this notion. In other words, many instances of injustice, discrimination, and lack of social freedoms can be categorized under “religious harassment” and then hopefully dealt with by noting the widely varying forms of religious harassment that are so deeply rooted in the post-revolution culture in Iran.

PrevPreviousthe real story of Shahin and Parisa , the puzzle of love
Nextشطرنج … داریوشNext