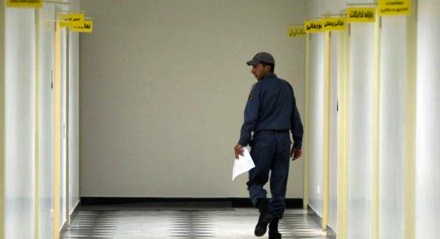 In mid ’80s while I was in college, Iron Sheik was still roaming the professional wrestling scene and his famous phrase was a big hit in our college campus. The phrase went something like this, “I’ll fuck you in the ass and make you humble.”

For American students in my college, the phrase was a sensation because it was wacky and freaky. It was obvious that American students did not get it. Why would anybody, especially a big wrestler, admit that he is gay? Why a man would want to fuck another man in the ass and publicize it? In American culture, threatening to fuck another man in the ass is considered self incriminating and it might signal your own homosexual tendencies which can backfire and turn the spotlight on you. I, on the other hand, got it. This was a literal translation from Parsi. It made total sense to me.

The ultimate act of humbling another man in our culture can be achieved by fucking him in the ass–a practice that has been popular in Iranian prison system for centuries. But the practice is not exclusive to Iran alone; many other countries utilize the method as an effective measure of breaking a man’s will and self-respect. Lawrence of Arabia passed through the Turkish prison system and walked funny for the rest of his short life. Even Americans in Abu Gharib exposed Iraqi prisoners to sexual acts and role-plays.

Raping a man is a definitive act of callousness which breaks his spirit and completely drains him from self respect and worthiness. It so badly screws up the man’s mental state that “overthrowing a government” will be the last thing on his shit-list. A man with no self-worth is no danger to society. That’s why addicts are considered no threat to countries’ national security.

The acts of gang rape in Iranian prisons should not come as a shock to anybody. I’m baffled at how Iranians act so staggered about this everyday occurrence. As a 12-year-old, growing up in the streets of Tehran, like many of my friends, my top priority was to protect myself against pedophiles. The streets were full of them. In every street corner you could run into one. Staying away from those fuckers was a full-time job. Like many other sick things in our society, pedophilia is swept under the rug. Boys and teens who are molested by family members are often accused by their own parents of provoking the act and are encouraged to keep their mouths shut for the fear of embarrassing the family. The same is true with the majority of political prisoners.

Fucking another man in the ass is a national infatuation that is imbedded in our culture. It’s not so much about sexuality as it is about power and control. Oh yeah, and denial is another Iranian national heritage that is as old as raping men in prison.