What’s next for Rafsanjani? 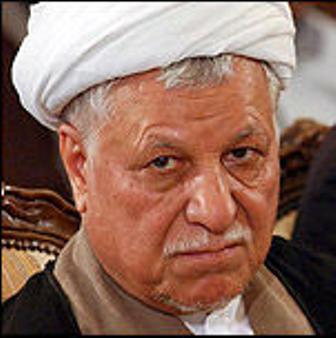 Now that the IRI hard-liners have paraded groups of opposition figures through the court and on TV, one wonders what happens to Hashemi Rafsanjani.  What is he up to?  Are any of the so-called leaders Mousavi, Karoubi , and Khatami next in line to be arrested?

While watching these show trials of the reformist figures, at first I felt sorry for them.  Then I remembered that these same folks were in charge for 8 years and more.  How come they did not do anything to help hundreds of students, journalist, and intellectuals who were being arrested, tortured, and abused during their rein?  Don’t get me wrong, what  the regime is doing to them is wrong but then again, they are part of this system.  The beauty of Iranian people’s movement is the fact that for the first time in 30 years, they were able to put IRI leaders against each other in public and watch from the side-line.  As for the second tier lieutenants and their confessions, I would not be surprised that they will be   handed long sentences and then be ‘forgiven’ by the leader and will be given lower sentences.

I think IRI  felt that if they put the leaders of the opposition themselves in prison, it could cause too much of a popular uproar, so they went after the second level gang.  I think the groundwork has been set for going after  Mousavi, Khatami, Karoubi, and possibly even Rafsanjani.

What Rafsanjani will do and how he will do it, would define his life or death in the future.  Unlike many, I think he is too much part of this system and he will stay on until the whole system is destroyed or he dies, whichever comes first.  What do You think?