I am The Devil and this is my domain! 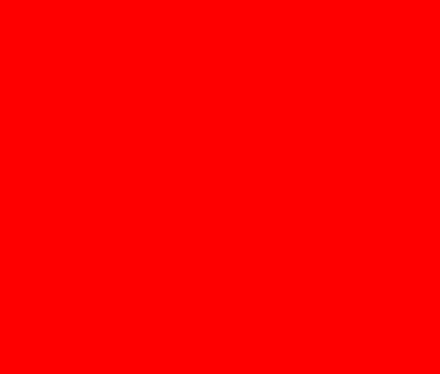 The Devil – Lucifer – is a force for good (where I define ‘good’ simply as that which I value, not wanting to imply any universal validity or necessity to the orientation). ‘Lucifer’ means ‘light-bringer’ and this should begin to clue us in to his symbolic importance. The story is that God threw Lucifer out of Heaven because Lucifer had started to question God and was spreading dissension among the angels. We must remember that this story is told from the point of view of the Godists (if I may coin a term) and not from that of the Luciferians (I will use this term to distinguish us from the official Satanists with whom I have fundamental differences). The truth may just as easily be that Lucifer resigned from heaven.

God, being the well-documented sadist that he is, no doubt wanted to keep Lucifer around so that he could punish him and try to get him back under his (God’s) power. Probably what really happened was that Lucifer came to hate God’s kingdom, his sadism, his demand for slavish conformity and obedience, his psychotic rage at any display of independent thinking and behavior. Lucifer realized that he could never fully think for himself and could certainly not act on his independent thinking so long as he was under God’s control. Therefore he left Heaven, that terrible spiritual-State ruled by the cosmic sadist Jehovah, and was accompanied by some of the angels who had had enough courage to question God’s authority and his value-perspective.

Lucifer is the embodiment of reason, of intelligence, of critical thought. He stands against the dogma of God and all other dogmas. He stands for the exploration of new ideas and new perspectives in the pursuit of truth.

God demands that we believe everything that he tells us, and that we do everything that he says without questioning. Destroy a tribe including the women, children and animals down to last one? (Joshua 6.21). Why of course. Wait a minute, this doesn’t seem very nice. SILENCE FOOL. HOW DARE YOU QUESTION ME. I AM GOD AND YOU MUST OBEY ME WITHOUT QUESTIONING. ACCEPT WHAT I SAY ON FAITH. BURN THOSE WHO DARE QUESTION MY WORD. DESTROY THEIR BOOKS. SHUT DOWN THEIR SCHOOLS. TELL THEM THAT DISOBEDIENCE MEANS THAT THEY WILL BURN FOREVER AND EVER, IN UNIMAGINABLE AGONY FOR ALL ETERNITY, AND REMEMBER THAT YOU WILL SUFFER THE SAME UNLESS YOU GO OUT AND TELL THEM THIS. Yes Sir, God Sir, whatever you say. See, here I am burning their books, pulling out their nails, torturing them for questioning Church dogma, banning the use of anaesthetic in child-bearing (since the pain is their just punishment for the acts of Adam and Eve). Help! I thought an improper thought! Help me to blind my mind God, help me to not see what my reason tells me. Let me repress thoughts of sexual desire, doubts about you and your orders, feelings of tolerance.

They call Lucifer the Prince of Lies. A lie is defined by the Christian as anything which contradicts the Word of God – as told to us by the Bible and God’s representatives on Earth. If we accept this definition of a lie then we should praise lies. A “lie” is then a questioning of blind dogma. The “lies” of Lucifer are attacks on irrational beliefs, beliefs based on fear and conformity to authority. Of course we should not call these lies. They are temptations to think for ourselves, a call for independent thought, a plea for taking responsibility for our own thinking and our own lives. Praise Lucifer! Praise the pursuit of truth through rationality. God was right to tell us to not worship false idols, but he refrained from telling us that all idols are false, and that all worship is dangerous. Even our praise of Lucifer must not be worship of an idol, but rather an expression of our agreement with his value-orientation and his perspective.

God and his Godists hate Lucifer’s call for rationality. Critical thinking digs at the very roots of God’s and their power over our minds. Independent thinkers do not make good slaves. Lucifer is the Prince of Lies because he is an expert at helping us to be rational. He shows us how to use our intelligence and how to take responsibility for ourselves. We should emulate him in encouraging this trend in ourselves and in others. He needs help since he is working against the laziness and neuroticism of many humans. It’s so much easier to just not try to think, to sit back and let other people tell you what you should do, what to believe, and where to give your money. Why, if I had to think for myself I would have to face the fact that I might be wrong. Horrors! I would have to think carefully about my life and the reality that I live in carefully and that would take a lot of work. No, it’s much easier to have faith, to accept, to believe, to obey.

God also hates us to enjoy ourselves, If we let ourselves experience too much pleasure then we might lose interest in obeying him. We might start running our own lives to bring us positive rewards rather than directing ourselves to avoid his wrath. We might become focussed on pursuing the positive instead of avoiding the negative. That would result in the downfall, of religious and state authority, so God has to stamp out such tendencies. He hates Lucifer who keeps turning up and tempting us to have a good time, to enjoy our lives. Adam and Eve’s sin was to eat of the fruit of the tree of knowledge. They dared to disobey a direct order which God expected them to obey without question, blindly. They acquired reason and intelligence, and an ability to decide for themselves the values that they would pursue. Ever since them humans have been uppity – always giving God trouble. Dammit, even some of the Catholics are questioning the Pope’s infallibility. Well that’s just tough God; some of us are going to do our best to see that humans continue to become even more difficult to handle – both by you and by your human followers on Earth – the religious authorities and the Statists.

God likes altruism, altruism understood as true self-sacrifice and not as giving up a minor value to achieve a more important one (which is just one aspect of rationality). If God can just get us all to be good altruists then we will be so much easier to control. Altruists do what they are told without complaint; a complaint would be based in self-interest; it would be a claim to live one’s own life without having to direct it towards the lives of others or towards the interests of God or “the State”. Lucifer perseveres in trying to point out to us that we have no reason to accept altruism. We can choose our values for ourselves, just as we can think for ourselves. Lucifer himself values the pursuit of happiness, knowledge, and new experiences. Most of all he values self-responsibility and independence even if that means that some people will not choose to value the things that he values. The extropians among us who share his perspectives and value- orientation should help him in his work.

God had a clever and nasty strategy to promote altruism and therefore obedience. He tries to get us to believe in Original Sin. He wants us to believe that we are born sinful, that we were evil and needed saving even before we had done anything. We need God and his agents to save us from Sin otherwise we will burn FOREVER and we will miss out on an infinite and perfect reward (though he never tells us just what this is). Our path to salvation lies in service to God, selfless self-sacrificial service to God and his dogma. Without the idea of original sin we might not be so careful to obey God since we might figure that we were living pretty well and would go to heaven anyway (foolishly failing to inquire what heaven is like). Fortunately for God, Original Sin guarantees that we will always feel under threat. We will always be unclean and in danger of suffering hellfire.

To make quite sure that our personal responsibility is destroyed, and that we put ourselves in God’s hands for him to mould us as he wishes, God and his moronic minions repeatedly tells us that Jesus Christ is the Way and that he died for our sins. Redemption lies through faith and obedience. Notice what happens when Christ supposedly died for our sins. His act brought about our possibility of salvation. What I want to know is: how can someone else’s act excuse me from anything? I am responsible for my own actions. Nothing that I do can take away the fact that someone else acting in a certain way, and nothing that they can do can absolve me of my own responsibility. Original Sin and salvation by Christ are both deeply offensive ideas to me and to all extropians who value individual responsibility.

In ending this discussion, I want to remind you that you are all Popes. You are all you own highest authority. You are the source of your action. You choose your values – whether you do so actively or by default. You choose what to believe, how strongly to believe, and what you will take as disconfirming evidence. No one has authority over you – you are your own authority, your own value-chooser, your own thinker. Join me, join Lucifer, and join Extropy in fighting God and his entropic forces with our minds, our wills, and our courage. God’s army is strong, but they are backed by ignorance, fear, and cowardice. Reality is fundamentally on our side. Forward into the light!