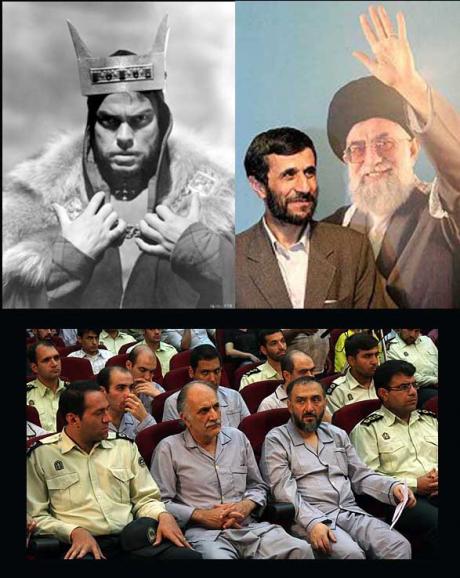 Orson Welles Introduces a scene from Roman Polanski’s MacBeth adapted from William Shakespeare’s famous play which Welles himself adapted to screen decades earlier. Can Power Corrupt ? Can a Tyrant have friends? Themes which seem to echo in Iran’s political landscape today.


The relationship between power and corruption is dramatically presented in Roman Polanski’s stunning re-creation of William Shakespeare’s “Macbeth.” Having ruthlessly murdered the rightful King Duncan, Macbeth assumes the kingship of Scotland, The infection of power which has gripped him, compounded with his growing sense of guilt over the immensity of his terrible deed, propel him along a blood-path of vengeance, murder, and insanity.
Roman Polanski’s Macbeth Trailer (Official)