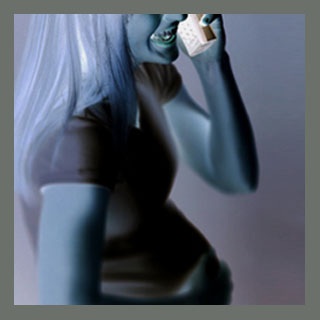 There are good days and bad days, even good years and bad years. But then, there are years like the year my son was born. It was the same year my father died. Who knows how these years are supposed to be called?

A simple ringtone started this all. It was my mother. Father’s stroke was two months behind us and everything, like in fairy tales, was going to work out just fine. Father was going to wake up one morning, remembering us and remembering who he was and we were going to talk about the past the same way we used to tell a story with happy ending; his sickness, his collapse, his hospital stay, the ICU nightmare, the nurse we had hired and her silly plastic shoes, and then his recovery, his first words, our first reunion, the first time he was going to come back home and the life we were going to live as before, were all parts of this long anecdote, like any other, and my father was going to hold his grandson, my son, at least once, before the story comes to an end, at the moment of the last laughter.

I grabbed the phone, guessing it was her. “How’s everything?” I asked casually, carelessly, like asking a question I knew the answer. Mother hesitated. “Everything’s great,” she said as expected. Nothing in her voice warned me of what was to come.

Then the night ended, and the sun moved toward the top of the sky. But it was a gray winter day, too hard to know the exact position of our source of light and darkness, concealed behind the hundred layers of storming clouds.

Before noon, right after my son’s morning snack, the phone rang again. I picked it up and listened to her.

I could hear the whiz, the sounds of a thousand molecules circulating in a wire, and the electricity of the air, the fluidity of advancement of the waves looping from a point to another, jumping from this millennium of a second to the next, from the top of streetlamps to the deepest holes of an underground civilization, from the sophistication of the city toward the plainness of wild forests, to rush like the rain and river, through the ocean and mountains, the space and steel, from a high altitude onto a deep abyss. From the day to the night. From now to the future, toward a day which hasn’t come yet.

I remembered last night’s call. The instability of her breathing, the shallowness of her attitude, the length of her pause, and then… her silence. The way she accentuated on “everything” and the way she lowered her voice on “great”.  The way she inhaled and didn’t exhale, not even at the end of my rumbling. Mom has never been a good liar, I thought.

Last night, at the other side of the earth, at this time, I had still this illusion that he was alive and the triviality of this thought broke my voice. “What did you say?” I asked. “What happened?”

My son kept staring at me, sitting on his rocking chair, whining, throwing his fists forward, to reach my shadow, my being, me; the center of his world. My breast’s milk had dried up on his chin. His shirt was dirty and he smelled like puke and powder. He opened his mouth wide open and cried, the same way all the other babies do, just by habit, but I knew I could have distinguished his call of hunger or thirst or fatigue among a million other crying babies, and I could have grasped the meaning of each sound he made. Mothers are supposed to know everything. I had his life in my hands

I shoved the pacifier in his mouth and kept the phone with my wet palm, hanging onto my mother’s silence. “What did you say?” I repeated my own disbelief, to drag the time, to postpone his death, this definite knowledge of something sinister. Impossible to cure.

My son smiled and leaned back, pedaling his legs with fervor, and happiness emanated out of his every movement, and life reflected over every piece of furniture around him.

“It happened last night, in his sleep,” she said. “He had so much pain. I’m just relieved. Finally in peace.”

Escaping my son’s sleepy glare, I glanced around in the search of the least traces of the peace Mom was talking about. “I can’t believe,” I whispered, already aware of everything she knew.

“I need to go,” she said, and made up excuses for both of us to have a break from our common heartache. The line went dead and the phone slipped out of my grip.

I lifted my son in the air and hugged him tight, listening to the soothing expression of his pleasure, made by my effortless gesture of affection, or maybe by his obscure sense of assurance. I opened the curtains and enjoyed the warmth of his cheeks and the cold of the window glass. The scenery facing us hadn’t changed since this morning. The same buildings, the same rushing pedestrians, the same cars speeding up or slowing down, the same children running. The same noise. The same outlook.

Yet, something had changed.

My son was falling asleep on my shoulder, blowing life into my ear. I looked harder and deeper to remember the world as it was, as it used to be, but the world kept astonishing me – and deceiving me – with its simple but ever-changing images. I exhaled, the same way Dad should have exhaled last, and the relief of this moment and the mist of my grief blending in my son’s tears transcended over the city, and the rain began pouring hard.