Who are we helping? 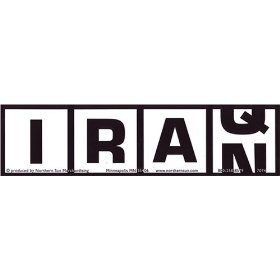 Recent events, Iran,  as well as international scene has brough forth much emotions and anticipations, particularly in Iranian communities. This is no where more obvious than Iranian.com blogs and news contributions.

Calls for a harsh stance against Islamic Republic regime seems to be the loudest, coming from most all directions. Dissident groups, foreign affiliated organization, formal government entities, human rights organization, you name it they have an opinion or two about what to do about Iran. Allegation of covert proliferation of nuclear arms by IR, charges of various sorts about the regime, and possible actions against the regime, from harsh sanctions to military invasion, to surgical preemptive attacks on nuclear sites to all out and total war against Iran.

In process of demonstrating our disgust for the atrocities of the regime, we have, ever so intentionally or otherwise, evolved into one of our own worst enemies. In process of condemning the regime, some of us have  joined voices with the groups who have no other long run plan in mind but to see another Iraq to be made out of our own country. Whether intentionally or otherwise, some of us are feeding the warmongering frenzy which has intensified ever so astronomically since the stolen election and coupe of June 12 Selection, and even more so since UN General Assembly.  Calls by so called Iranians for bombing of Iran by foreign forces, which has no other outcome than death and miseary is none short of outright treason. Our hatred of Islamic Republic, has blinded us  to the consequence of any form of  military attack against our country. WHY?

In the middle, are caught the Iranian people who, with eventuality of
any action against Iran, will be the ones who stand to pay the highest
price. A complete sanction will shatter already fragile subsidy based
economy, causing unspeakable economic hardship on the most vulnerable
layer of the Iranian society, Any military strike on the other hand,
will cause  loss of lives of 1000’s and
collateral/property/infra-structure damage in billions of dollars.
Regretfully, voices of the groups, who have consistently and
relentlessly  been advocating human rights and DEMOCRACY in Iran are
being lost in midst of all these anger, hate and lust for blood of
innocent Iranian women and men.

Is this what we have come to be? Did Neda’s, Sohrab’s,  Yaghoob’ and etc etc etc die for this? Is this what we have come to represent, aiding and supporting ANY foreign force to invade our homeland? Did they sacrifice their youth , their beauty and their honor so WE in abroad can pick up the blood soaked shirts of theirs and handed over to a foreign force so they could invade our homes? What price are we willing to pay for this so called patriotism? Does the end justify the mean?