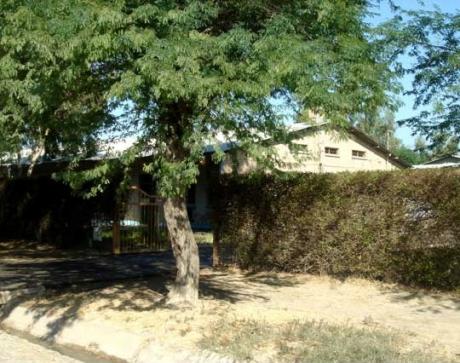 I had a crush on a girl much older than I, at least by ten years I would say.  She was my oldest sister’s friend and our neighbor.  It turned out that my sister and she, Mehri, became life time friends.  I was only eight years old at the time when I began to like her, knew nothing about human sexuality, yet I was attracted to her with a desire that was not of a little boy’s seeking pampering from a motherly love.

My sister and Mehri would sit down on the curbs of a little bridge, only a few feet long, that span over a small drainage ditch that ran in front of our front yard’s gate, in front of our company issued house in Abadan.  They would talk for long periods of time, sometimes for hours.  Sometimes I would sit with them, usually Mehri on one side and my sister and I on the other side.  This was at the expense of being called, by some of the other boys, a sissy, which I was, a soosool.  Sometimes I would manage to sneak a view of her breasts when she would bend down to pick up something, or take a look at her legs when she was sitting down on the curb with her miniskirt.  She had a beautiful voice, a deep throat authoritive voice, yet feminine.  She had a Sophia Loren kind of a look to her, more in mannerism than physicality.  I never knew how to get in their conversation, mostly listened, but one time when they were gossiping about a fat girl, I made an ass out of myself by saying that she had big teats.  Mehri teased me relentlessly.  “So, what’s in it for you?”  She asked.  My sister tried to fix it up for me by saying things like “manzooresh en bood…”, but Mehri kept on giggling and teasing, and I ran away with embarrassment, and from then on kept on being even more quiet.

It turned out that Mehri had a crush on my oldest brother.  One day when a khastgar had come to ask for her hand, she managed to meet my brother in private and told him about her feelings for him, but my brother had other plans for his life and getting married at his age was not one of them.  She ended up gotting married her much older khastgar.  The wedding was in our yard since it was much larger than theirs.  Mehri did not look happy at all.  Her newly wedded husband was from Tehran and he was going to take her away.  When the time came for her to leave I was standing on the little bridge looking in their direction; without turning her head she rolled her eyes in my direction and without nodding or saying goodbye she got in a car and went away.  She looked so miserable.

It would be a few years later when I saw her again, after we moved to Tehran.  By then I was a teenager and had figured out that this fantasy of mine was just a fantasy.  We were family friends and we would see each other from time to time.  She managed to have a successful marriage, two daughters, and a son.  The boy, the last, was much younger than the girls, someone’s desire for a boy in the family.  Her husband is dead now.  He died in the street, she told me.  “Collapsed without anyone knowing who he was.  He had to pick up passangers for an extra income to make the ends meet.  Where in the world people have to work so hard after they retire!”  She asked me rhetorically with a bitterness in her voice.

Last time I was in Tehran I gave her a lip stick as a token of a traveler’s gift.  She was grateful.  She looked old; the brilliance of youth had left her.  Her teeth shifted and plaqued, beaten by the passage of time, but still with a great voice she talked about my late sister with great respect.