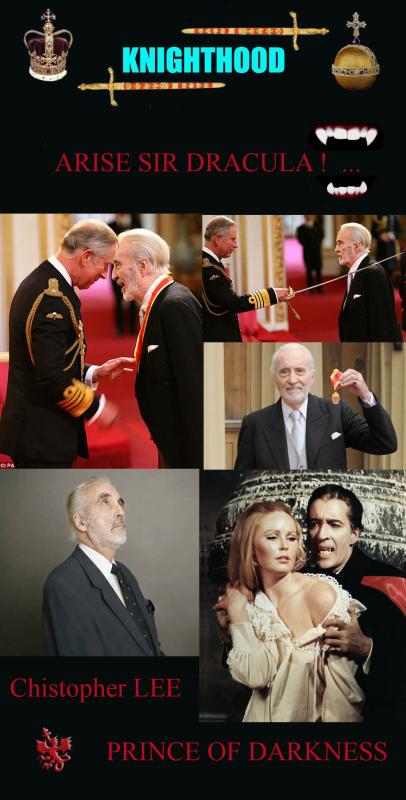 Legendary actor Christopher Lee is now a Sir – he was officially knighted by British royal Prince Charles on Friday. The 87-year-old star, famed for his role as Count Dracula in a string of Hammer horror movies, was honoured by the Prince of Wales for his services to drama and charity.

Lee is one of the U.K.’s most prolific actors with roles in 1973’s The Wicker Man, 1974 Bond movie The Man With The Golden Gun, and more recently appearing in the new Star Wars films and the Lord Of The Rings trilogy. He also starred in the 1978 Epic  Caravans opposite Behrouz Vossoughi and Anthony Quinn Shot in Iran prior to the Revolution.

Rocker Joe Brown was also presented with an MBE (Member of the British Empire) for his contribution to music during the ceremony in London.

PERSIAN DUBBING: Christopher Lee in the “Scars of Dracula” (1970):