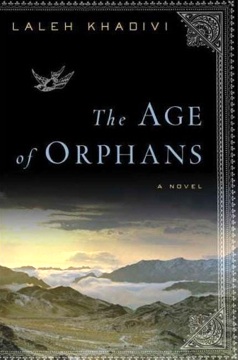 Excerpt from Laleh Khadivi’s recently published novel, The Age of Orphans. It follows the life of Reza Khourdi, a Kurd conscripted into the armies of Reza Shah in the mid 1930’s. He is torn between his tribal Kurdish loyalties and the loyalties to new nation of Iran. Khadivi will be reading with other California-based poets and writers at We are All Iran: A Literary Reading to Mark the Sixth Anniversary of the Iranian Elections, as part of the Global Day of Arts and Culture for Iran, Saturday, December 12, 2009, 2-4 pm, at the San Francisco Public Library, 2-4 pm (100 Larkin at Grove). More information at iranianamericanwriters.org.