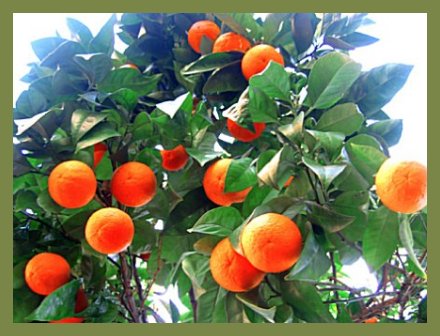 I was sorting eggs on a leaf when I looked out and gazed at the blue palace gilded by the yellow sunset.

Years before, I had flown down Mount Qâf and met with the childless Persian Queen on her way back from the Temple of Anahita where she had made a vow and an offering to enable her to bear a child. I wished her well and handed her three of my golden feathers to be given to her future child on its eighteenth birthday. The Queen had vowed to give away honey and cooking oil for charity if she got pregnant. Eventually she bore a boy and named him Mehrbun. However, she forgot to make good on her promise.

On the eighteenth birthday of the young Persian Prince, the Queen remembered her vow and began fulfilling it without further delay. She ordered the construction of two round pools outside a new palace, which she had just offered her son as a birthday gift; one to be filled up to the brim with honey and the other, with cooking oil.

People came in groups, pots and pitchers in hand, taking from the alms. Up on the terrace of his palace, a selfish, stubborn and capricious Prince Mehrbun gathered with his friends for the occasion. To entertain them, he held a lighted candle under one of my feathers to see what would happen. The feather began burning, but to his great dismay, nothing seemed to have happened.

I decided to shape-shift from my usual bird Simorq self to a luminous old woman, white-haired and hunchbacked, with a face full of deep wrinkles made by the sun, sympathy and smiles. I showed up with my porringer to serve myself from the pool of oil. The unsuspecting Prince saw me from his terrace, found my figure too funny and threw a pebble in my direction for sheer mischief. The pebble hit my clay bowl, broke it into three pieces and made the cooking oil spill all over the ground. He was slow to grow up.

I lifted my head and cursed at him in the voice of his mother.

“Your name, Mehrbun (Kind), is a misnomer as you know nothing about kindness. I hope you’ll be involved in the troubles of one of the Orange ‘n Torange Girls.”

The Prince ran down the flight of stairs to the front yard and took me aside.

“Who are these girls? Where do they live?” He said.

“I don’t know,” I shrugged him off, “Go ask mortals who have learnt of this ancient secret!” Then I disappeared like a wisp of mist in a solar wind. He knew then of the connection between me, the golden feather and his capricious bragging before his friends. But he remained puzzled by what he had heard and not seen.

Touched by my tantalising tip, the Prince went to visit his mother the following day with the intention of asking her of the Orange ‘n’ Torange Girls. The Queen was surprised and wanted to immediately know where his son had heard of these peaceful Paries (Fairies.) She was pleased to hear of the feather connection and passed down to him her part of the Lore of Ages in a whisper.

“It is said that there is a certain grove named the Orange ‘n’ Torange Orchard on the land of Paries, Pariestân, on top of Mount Qâf where the most pure-hearted and free-spirited Paries live inside its fruits. However, it is a wild and unexplored expanse from which no man wishing to meet his mate has returned alive.”

The Prince was so mesmerised by the tale that he blurted out what was on his mind.

“I want to travel to that distant land and invite one of those pure-hearted girls to come home with me as my lover. And, who knows, in my travels I might also find myself and my rightful place in the world.”

Not being an over-protective mother, the Queen admired her son’s will to depart for faraway lands and to undergo unforeseen trials to find what he was looking for, and then some. Her words and her presence left Mehrbun feeling more capable and motivated than he had felt before. When the Queen’s consort heard of the Prince’s fanciful will, he tried to convince him to break this dangerous thought from his mind.

“Braver and cleverer men have gone there without ever returning. You’re still afraid of the well in the backyard and the ladder to the attic.”

“Maybe,” said Mehrbun, “but I’m not afraid of my heart’s bewilderment. This is my call to adventure, my need to head off into the unknown.”

The man realised he could not change the young Prince’s mind.

“At least let me choose a few servants to accompany you,” he said.

The Prince made it clear that he must go on his journey alone. He walked to the royal stable, chose a good horse, placed inside a bag everything he needed for the trip, including his remaining two feathers, and rode out.

Hundreds of kilometres out of the city, in the middle of the sun-flooded desert, Mehrbun realised he needed guidance and direction. He gathered two pieces of wood, rubbed them together ceaselessly until they glowed red with heat, with which he burnt his second feather. I appeared before him as the Luminous Old Woman, and he asked me how he could find his way to the Orange ‘n’ Torange Orchard. This time, I guided him in his own voice. He cherished my words and got underway.

He was immersed in the sounds of bugs and biting beasts from behind the thick tall trees. There were hundreds of gnarled trees with thorny long branches that pricked and pulled at his clothes, at his skin and bothered his patient horse. He cut his way through this mysterious fauna and flora, ignoring their pricking, growling, teeth-baring entrapping chants. He did not look behind until he emerged from the other side of the forest.

As Mehrbun rounded a bushy corner, he saw an old female Deev (demon) seated in front of a cottage under a tree with whispering leaves. The Deev was shrouded in mist, but he could see her wrinkled green skin, little black horns, kind beady eyes, full lips and long nails that were as sharp as eagle’s talons. She was busy braiding marigolds in her long silver hair. He greeted her, asked her how she was faring and smooth-talked her with compliments.

“O’ you Human!” said the doting female Deev. “Why are you in the world of Deevs? I see you’ve passed through the Forest of the Pestering Paries intact and reached my domain. Obviously your star is shining and your luck is in your hand. Tell me your story. Why have you come here?”

The Prince told his story and asked her how he could reach the Orange ‘n’ Torange Orchard.

“The Orange ‘n Torange Orchard is in Pariestân on the Mount Qâf,” said the Deev, “a country also known as Shâd-o-kâm (delight and pleasure), the capital of which is the beautiful city of Johar-abâd or Jewel City. Pariestân has common borders with Deevstân, the land of the Deevs who are the eternal enemies of the Paries and wage constant war with them. The Orange ‘n’ Torange Orchard has been occupied by the Deevs for the last many years. As you’ve reached here intact, you’ll reach the Orchard intact as well. But open your ears and hear me out.”

She then told the Prince in detail how to get to that orchard, how to pick oranges and toranges from its trees and how to go back home unharmed. She also gave him five helper items: a sling, a needle cushion, a broomstick, a bottle of perfume and a bundle of bread.