Multiple Polls Do Not Show Support for Regime Change: Analysis 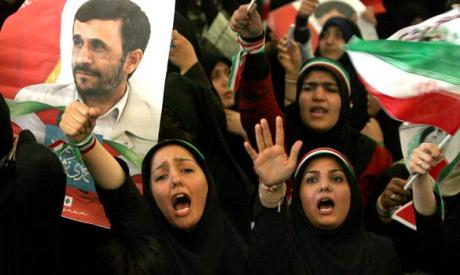 A new report is being offered by WorldPublicOpinion.org addressing the need to know “What Does the Iranian Public Really Think?”

Indications of fraud in the June 12 Iranian presidential election, together with large-scale street demonstrations, have led to claims that Mahmoud Ahmadinejad did not actually win the election, and that the majority of Iranians perceive their government as illegitimate and favor regime change.

An analysis of multiple polls of the Iranian public from three different sources finds little evidence to support such conclusions. None of the polls found indications of support for regime change.

The analysis conducted by the Program on International Policy Attitudes at the University of Maryland (PIPA), was based on:

•  a poll by GlobeScan conducted shortly after the election, based on telephone interviews conducted within Iran

•  a poll by WorldPublicOpinion.org (managed by PIPA) conducted August 27–September 10, based on telephone interviews made by calling into Iran

Questionnaire with Findings, Methodology for All Three Surveys (PDF):
http://www.worldpublicopinion.org/pipa/pdf/feb10/I…