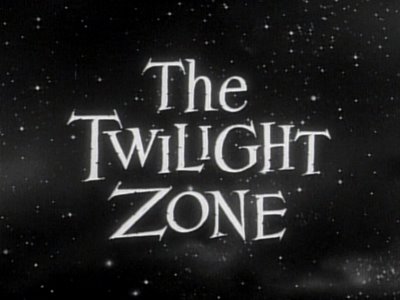 I had to take a business trip to Washington, DC. I hadn’t slept for 48 hours straight, preparing for my trip and tying loose ends at home. My flight was at 7:15 a.m., so my son and I set out for San Francisco International Airport at 5:00 a.m.

I checked in, turned in my luggage, went through security, bought myself a magazine and went directly to the gate. At the gate I showed the gate attendant my boarding pass and was directed to the tube that took me to my airplane. I reached a fork inside the tube. The left side said “A” and the right side said “B” or something like that. I looked at my boarding pass and saw the letter “B.” I took the right corridor.

After I stowed my hand luggage in the compartment over my head, and put my purse underneath the seat in front of me, the way passengers are always directed, I sat motionless, waiting to fall asleep. When a young woman arrived at my side, looking at me suspiciously, I paid no attention to her. She managed to get the flight attendant’s attention, though. I heard the flight attendant say “Oh, let me check,” after which she asked to see my boarding pass. Annoyed, I reached for my purse, pulled out the boarding pass and handed it to her. She checked it and checked the woman’s boarding pass and announced “Looks like this seat has been overbooked. It’s O.K. I’ll find you another seat,” after which the two of them disappeared and I went right to sleep. I didn’t hear the plane’s “takeoff talk,” nor any safety tips. I was asleep just as I like it when I fly.

I was dreaming. Let’s just say that it was a sweet dream, starring someone who was very welcome in my dream, when I felt someone shaking my right arm gently. I opened my eyes to find the young man to my right saying: “Excuse me, we have arrived.” I said: “Oh, really? O.K.” but he felt compelled to say “Yes, we are in Los Angeles.” Los Angeles??!! I was racking my brain. Did my flight have a stop in Los Angeles? None that I could remember! It was a direct flight to Washington DC’s Dulles Airport, to the best of my sleepy recollection. And then I thought, Oh, you know how lousy air travel service has become these days with “transport-e-shams-ol-emareh” or “cattle cart airlines” attitude, which has enabled airlines to cut down service to the point of making you pay for your one piece of checked in luggage and a pitiful snack. Maybe the plane had a stop in LA after all. Maybe the airlines are no longer obligated to tell you if they squeeze in a stop! For some reason, I decided that I was having a dream, a hallucination, or an out of body experience, and not a moment of reality. I decided to ignore the hyper young man to my right and go talk to “an authority.”

I looked at the flight attendant and said: “Are we in Los Angeles?” She said “Why, yes!” I said: “But are we going to Washington DC now?” She said “I’m afraid not!” I said: “O.K. then, there is something dreadfully wrong here. I think I got on the wrong plane and now I am in the wrong city.” The flight attendant said something like “You’d better contact someone from our ground crew.” I flashed a smile and tried to sound and appear confident, smart, and jovial, none of which I felt—at all.

I walked to the two young men behind the desk inside the terminal. I told them “I’m afraid I got on the wrong plane,” and the two of them looked at me like I was some con artist, trying to pull some kind of trick on the two of them. Is that a common occurrence at the airports? I mean, are some people routinely walking up to airport and airline authorities, claiming to be in the wrong city, asking for assistance or free flights? I don’t know.

One of them took my boarding pass and punched some things in on his keyboard. His face turned serious as he said: “May I look at your identification card?” And after checking me out he said: “Well, that’s strange. It appears as though you are on that DC plane. I need to call my supervisor now. Have a seat and I will come and get you.”

I went and sat down, feeling stupid and outraged. People were expecting me at Dulles Airport in a few hours and I needed to tell them that I was not going to be there! How was I going to explain this?!! To tell you the truth, very briefly at first, the thought did pass my mind that I was one of the ones from the “chosen countries,” you know, the ones who would need to receive special scrutiny during flights. And what had I done? I had sent my friggin’ luggage on a plane that I had not boarded! Oh my God! What if by telling them that I was not aboard that DC-bound plane, they had to make it have an emergency landing now?!!! What if I was pulled into a small room inside LAX and interrogated for my no-doubt-sinister plans? Nobody knew I was in LA! I had talked to my younger son last, telling him that I was aboard my plane to DC! I could disappear and nobody would even know where I was!

I was getting all worked up, considering calling all my relatives in Orange County and San Diego, asking them to come to LAX, demanding to see me, when I heard someone page my name. Damn, no time to alert my relatives and friends now! Well, it would take them hours to get up here, anyway, and by that time my trail will already be cold! I am in this all alone, I thought. I walked back to the counter, bracing myself for an arrest or at least a friendly interrogation. Instead, I was told that my flight would leave at 11:00 a.m., with full apologies. The young man even came and escorted me to my gate at the right time, no doubt thinking that he won’t let this airhead create another unusual incident today!

Thinking about it, the lesson from the experience is even scarier than it felt at the time. All the security measures which are now making air travel a lot more complicated and a whole lot more annoying aren’t worth much if passengers can switch planes at the very last minute, are they?