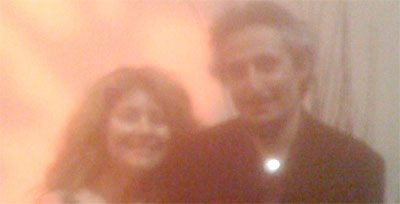 If you expect a free song I’m sorry to disappoint you as I respect his request not to record or distribute. The concert was being recorded for an album release and I can’t wait for that release. For locals to SF bay area a second performance has been added this Sunday (tomorrow) at 2 pm and I strongly recomment it while there may still be tickets left. There was a lecture on his musical work along with Dr. Milani’s translation.

Here is what I heard and saw:

I think he may well be among our greatest ever by the time he is done. I do not say this lightly as I am well versed in our wide array of musical talents. But to suggest Namjoo is just a musician would be short selling him. He is a spirit in motion. A searchful motion. His songs touch the Iranian current dilemma along with spiritual longing while riding ancient sounds right next to Jazz, classic, Iranian folklore and everything in between. I cannot recall another artist that uses voice as an instrument, vocals and conveyor of tangible emotions that you can almost touch, quite as he does. I recall Susan Dayheem did an album using ancient voices and voices alone along with D. Schwatz I think leveraging persian theme in early 90’s. Namjoo is experimenting and has no fear and that I think will be the key to his further success. The mixture last night including his solos along with chorus vocals and Piano, then Kiosk joined in second half. There are themes his fans will readily recognize and then there are lots of new variations or all out new things. His ability to put out such a wide range of voices and sounds is really impressive. His music converys an ancient thread and a rare purity. It is his make up right from the very soil he raised from. No pretention. When he belts out a particular tune in incremental crescendo, and as his veins pop visibly from 50 feet away, you know he is not skimping and if you pay attention you can literally hold that emotion in your hand.

Then on one song when he sings ‘to adam hesabam nakardy’ (you did not count me as a human), in a soft moleodic tone, it is hard not to visualize a parade of all the attrocities happening in Iran.

PS: There will be a fundraiser on April 10th to extend his fellowship at Stanford.