Any path will take you there 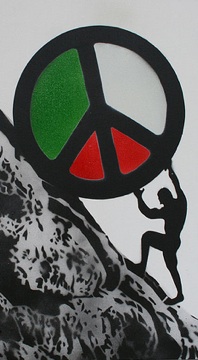 Almost everything that has been written about Iran these past months has made the assumption that one of the primary goals of the Green Movement is to transform Iran into a democracy.

However, there exists a fundamental problem; everybody is making the assumption that Iranians in Iran know what democracy is and how the democratic process works.

The truth is Iranians in Iran do not have the faintest idea how democracy works simply because Iranian culture and Islam, as practiced in Iran, are both undemocratic.

Almost every Iranian home has a petty tyrant shouting orders at the rest of the family. Companies, organizations, educational institutions, are structured and run on a dictatorial system. Even those protesting in the streets are assuming that some “leader” will emerge to show them the way to end their misery.

So, when Iranians shout death to the dictator they need to understand that removing Ahmadinejad or Khamenie will not achieve anything if the rest of Iran operates along dictatorial lines.

Only when Iranians learn how to sit around a table and conduct themselves in a democratic manner will this country evolve out of this backwardness.

Dictatorship will end in Iran when Iranians have a very clear understanding of how the democratic process works and how it is implemented.

It is pointless to say you want democracy and “Death to the Dictator” if you do not have a clue as to what democracy is and how it works.

If you don’t believe me then next time you see or hear people shout “Marg Bar Dictator” ask them what they want instead and quiz them about the democratic process. I am willing to bet you that those individuals all live in a home that the father behaves like a dictator and they themselves will behave like a dictator with their own children. Gather ten or twenty of them in a room and watch them arrive at a decision; almost certainly they will not know how to implement democratic principles and instead will chaotically stumble towards a decision by way of who shouts loudest.

Iranian society is undemocratic on almost every level so how can it possibly transform itself into a democracy when nobody knows what democracy is and how it works?

As they say, if you don’t know where you are going then any path will take you there.