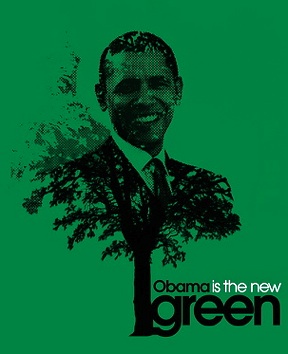 Let’s face it. On the question of what the U.S. government should do with Iran, the American public is bitterly divided, less than health care reform, but still very much so. The hawkish side of the spectrum sees an enemy in the Islamic regime and most believe this side to be advocating for a U.S. attack on Iran or at least on its nuclear installations. The dovish side continues to embrace the policy of sympathetic ambiguity; they neither want an attack nor do they have a way of getting the nuclear issue resolved. All the while, the Iranian regime continues to play the West like a fiddle.

It gets interesting, however, when the question of the Green Movement comes up. Both sides generally agree that it is the moral responsibility of the U.S. government to help it. But while the dovish side expects the US to simply make a few gestures of goodwill, the hawkish side is urging the government to do more than just send Nowruz greetings to the people who are facing detention, torture and death for demanding their rights.

And with good reason. If the Green Movement succeeds, it will create a democratic nation which would very likely end up being an ally of other democratic nations against dictatorships in the Middle East. A democratic and non-theocratic Iran could be reasoned with so it would stop funding Hamas and Hezbollah and sending IEDs to Taliban in Afghanistan and al-Qaeda in Iraq. Helping them is essentially furthering U.S. interests in the region.

– Thousands of Green Movement activists and supporters have crossed the border into Turkey since violence against them began. However, dissidents face a critical situation. Refugees are not permitted to permanently reside in Turkey, but many had hoped for a temporary escape from the regime. These men and women need immediate help in finding a safe haven. The Iranian Revolutionary Guard’s long arms are probing for them in Turkey and regime agents easily cross the border as there is no visa requirement between the two countries.

I met a dissident in January. Through sheer luck and help from concerned Americans, he’d made his way to the US through Turkey after languishing there for over six months and living in constant fear of the IRGC. He spoke of horrific conditions where it was not even safe to take a stroll on the streets because Iranian agents roam Turkish neighborhoods looking for them.

The Guardian has already published two reports – one on December 3 and another on December 17 last year – on the intimidation of Iranian dissidents in Turkey by Iranian agents. In one case, the dissident was raped. The situation has gotten so dire, Germany has decided to offer asylum to some of these dissidents who are living in brutal conditions in Turkey, expressly “in a gesture of solidarity against human rights abuses by the Tehran regime.”

The US government can and should follow suit, provide these dissidents refuge on its own soil and put diplomatic pressure on Turkey to stop the violence and intimidation against them. It can also fund Iranian diaspora organizations like OMID Advocates which is actively helping refugees and fighting for their rights in Turkey and has broad support, including that of Nobel Peace Prize laureate Shirin Ebadi.

This will help the Green Movement find a foothold abroad and establish a connection between its leadership and the US government. At the same time, lives could be saved and minds could be converted. Such an opportunity lies in Turkey, just begging for sympathetic government officials in the US to exploit.

– The Victims of Iranian Censorship (VOICE) Act was a great first step. But that only goes one way for the most part. It does help broadcast what the West is saying to Iranians, but what about what Iranians are shouting out to the West? The U.S. government can and should further expand funding for Iranian websites that get news out to the public here in the U.S. and the rest of the world. News websites like Rahe Sabz, MowjCamp and Radio Zamaaneh have proven invaluable sources of information about the happenings in Iran.

On the other hand, human rights organizations like RAHANA have been the most accurate doorways to the reality of human rights abuses there. They rely on funding and donations to sustain themselves. Such outlets need nurturing if the Green Movement is going to get the word out to the public.

Right now, Iranians are managing to get information out to each other. If they were unable to do so, they wouldn’t be able to get thousands to come out to the streets of Iran for protests. The challenge is to get their voices heard abroad. The Iranian government’s restrictions and the clumsiness of certain media organizations is forcing the Iranian public to use Twitter and YouTube to get their voices heard. Websites sympathetic to the Green Movement run by Iranians and websites that have sources inside Iran must receive funding if the Islamic Republic’s grip on the flow of information is going to be weakened.

– The Department of State has criticized Iran’s nuclear ambitions extensively. However, when it comes to criticizing Iran for its violation of basic human rights, its track record is pretty embarrassing. Human rights abuses committed by the Iranian government in the past 10 months have been some of the gravest against its own people by any state. Illegal detentions, tortures, rape, murder… the list goes on. In one instant, a protester was raped, killed and then her charred body was dumped out onto the street by Iranian security forces.

Yet the U.S. government has hardly pushed a single resolution in the United Nations to condemn Iran’s flagrant human rights abuses. The U.S. could have used the opportunity to get the international community to open its eyes to the atrocities committed by the Islamic Republic, but it is far too busy building up coalitions for sanctions. While sanctions against Iran are important, resolutions that recognize the regime’s brutality are equally as important as they deter the general public of United Nations member states from supporting their government’s favorable stance regarding Iran.

This is an immediate necessity. The U.S. must spearhead a UN resolution, condemning Iran’s human rights abuses to set the record straight. Humanity must be made aware of how grave these crimes are if the U.S. is to win world support against Iran and favor with the Green Movement.

– Finally, President Barack Obama needs to address the people of Iran and the Green Movement directly. In doing so, he needs to make it clear in no uncertain terms that the U.S. supports their fight for gaining the rights guaranteed to them by the Iranian constitution and the United Nations Universal Declaration of Human Rights.

I remember growing up during the Soviet occupation of Afghanistan in the 1980s. Every time a world leader stood up and said, “We are with you,” it gave the cause of kicking the Reds out a huge moral boost. The Green Movement needs just such a boost.

The president needs to put on a stern face and speak up like the leader of the free world. If he doesn’t know how, then one of his aides could find him an old tape of President John F. Kennedy to help him learn how the world’s most powerful statesman should talk down to petty dictators and give hope to the oppressed. Obama must make it clear that the Green Movement has the full backing of the U.S. government and follow it up with action.

The Rev. Martin Luther King Jr. once said, “He who passively accepts evil is as much involved in it as he who helps to perpetrate it. He who accepts evil without protesting against it is really cooperating with it.” This is the second time I’m quoting this in the case of Iran. I hope it doesn’t fall onto deaf ears.

AUTHOR
Josh Shahryar is a journalist and human rights activist. Follow him on Twitter: www.twitter.com/JShahryar. First published in .